HomeTechnologyIndia’s ban on paper money, cashless societies, and the loss of freedom
Technology 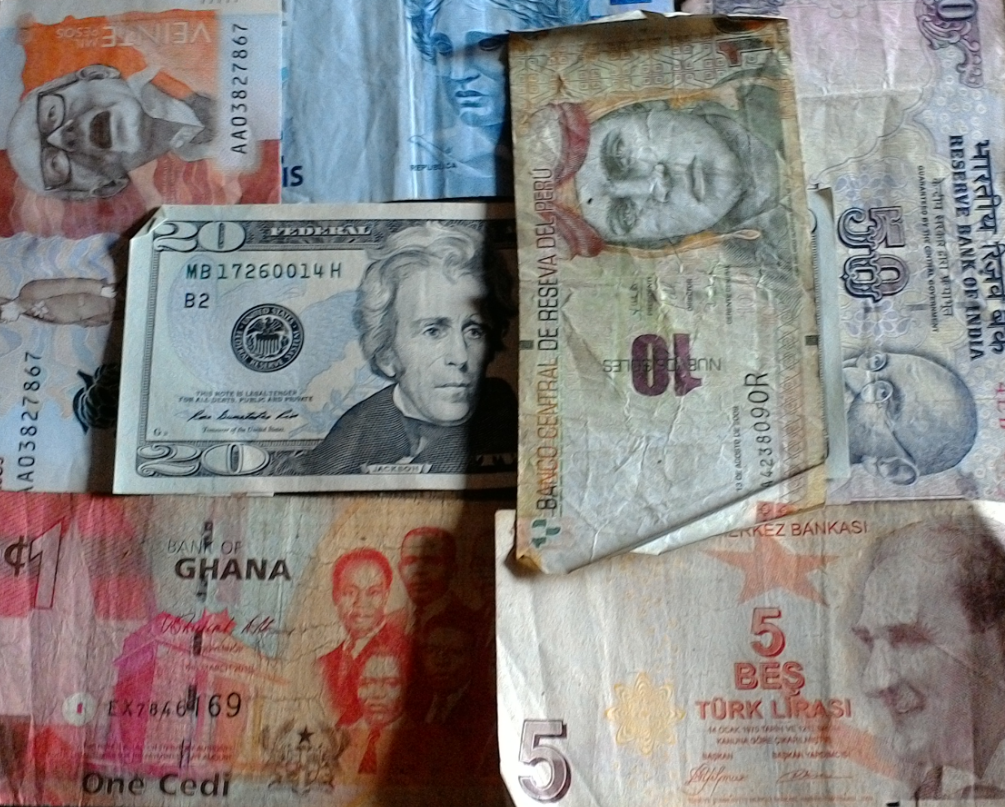 India bans 86% of its cash overnight while banks across the world stop taking paper money in a move to bring about a cashless society.

As governments and banks across the world push for a cashless society, individual freedom dissolves. In a cashless society, all transactions are digital, monitored, and controlled by those that run the technology. An electronic paper trail shows every purchase you make, and when it comes to paying debts – real or imagined – everything can be wiped with the click of a button.

The move from paper money to plastic has been going on for some time, and it is very convenient for people paying bills online (or shopping anywhere) to not to have to send money via snail mail or carry wads of cash to the store.

However, if a government decides to eliminate paper money from circulation, it can happen overnight, and everything you’ve saved up could one day be worthless.

Both banks and governments can determine that you owe them money at anytime, and then proceed to drain your account without the option to fight back. At least with cash, you would have the option to withhold or actually, physically “save” your money. Not anymore in a cashless society. Your money is automatically taken out just as if someone came to your house, knocked down the door, and looted your wallet. Let’s take a look at what happened in India this month.

Earlier this month, the government of India declared that 86% of cash in circulation in the country was worthless for making transactions. They called it “demonetization” and it was an attempt by the Indian Government to curb tax evasion, according to the BBC.

Now, Indians are scrambling to put their 500 and 1,000 rupee notes in the bank, but the banks are not equipped to handle this mad dash. As a result, the poor are suffering, but there is an even bigger menace lurking behind the so-called demonetization, and that is the loss of individual freedom and financial sovereignty.

In a country where 90% of transactions take place with cash, and where many have never even opened a bank account, all of sudden the people are forced by their government to choose a bank service, thus giving more money and power to the corrupt banking system.

Governments and banks dream of a cashless society because every transaction can be monitored, and all debts and taxes can be accounted for. A cashless society would mean that if the government says you owe money in back-taxes, it wouldn’t have to wait for you to pay or even dispute the claim. The government would simply siphon the money out of your account until the balance is made-up.

The same is true for banks with money owed. Of course, the official policy would be that no one would have the power to take money out of your account without a justifiable cause, but given the banking industry’s history of corruption, illegal foreclosures, and setting up fake bank accounts in order to boost sales quotas is alarming!

Citibank announced that starting next week, it will no longer accept cash at its branches in Australia, Business Insider reported.

If you’ve ever used online banking, you know that some transactions can take days to process. When your balance gets low, it can be difficult to calculate how much you have left to spent without overdrawing. Your account may say that you have $20 available, so you take out $15 to be safe, but then your previous transactions finally catch-up, and now your balance is less than zero.

What happens next is that the bank automatically decides to deduct an additional fee of some $35 that you don’t have. This happens without your consent and without any due process. You have no say whatsoever. Maybe the bank made a mistake. Maybe it didn’t, but it doesn’t matter. Your money is gone, and you can’t get it back.

At least if you have cash lying around, you can still go to the store to buy what you need in order to survive another day. But what happens when cold, hard cash is no longer an option? You are trapped at the whims of whomever is controlling the technology linked to your invisible money.

Even if a government or bank is not acting in a nefarious way, technical errors occur daily, and if everything is digital and automated, then you could be stuck-out-of-luck getting your money back due to a technicality.

RFID microchips and biometrics as the final solution

How many times have you or someone you know had the embarrassing moment in a store or restaurant and the card was declined? At least you can still pay with cash, right?

Apparently you won’t be able to pay in cash in the future if the banks have anything to say about it. The major banking corporations have already began inserting microchips into credit cards, but now they have the potential to claim a direct stake in micro-chipping the human population. Since the US FDA approved of chipping humans in 2004, all of your financial records could potentially be directly controlled from your RFID chip.

UK banking giant, Barclays, said it is “working with Hitachi, the Japanese technology firm, to develop a biometric reader that scans a finger and identifies unique vein patterns to access accounts, instead of using a password or PIN,” according to Reuters. This is not exactly micro-chipping, but it is of the same (forgive the pun) vein of biometrics.

Microchipping humans has been hailed as the next step forward in biotechnology, and the next decade will be “about virtual reality, implants, and transhumanism,” according to TECH Insider.

So, what’s the problem with being chipped? If it is damaged, corrupted, hacked, or breaks-down in any way, there is no way to access your money.

In the event of someone hacking the chip, your account could be drained to zero, or even worse, turned off! It would be as if you didn’t exist, which some may say would be liberating, but try buying food or renting an apartment, or try to do anything that requires some type of monetary transaction, and see how far you’d get.