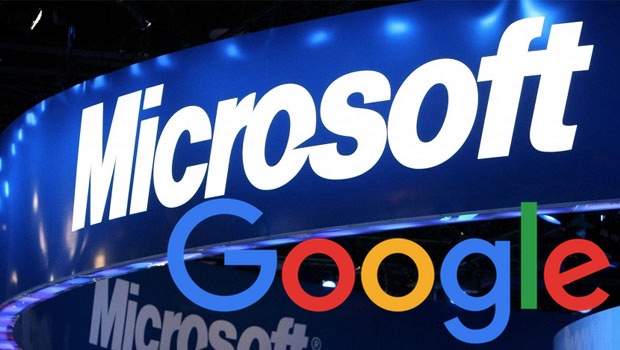 Tech giants Google and Microsoft take turns explaining how their respective companies will conquer the cloud wars at DEVintersection Europe 2016.

World-renowned tech experts from heavy-hitters such as Microsoft and Google gathered this week for the second annual DEVintersection Europe conference in the Netherlands.

In a rare opportunity to hear and meet with leading developers and executives from two of the cloud industry’s most prominent players – in the same place and at the same time — attendees were treated to three inspiring days of practical advice, high-value training, and sneak peaks at the latest tech innovations.

From Microsoft’s Visual Studio and Azure to Google’s AngularJS, keynote speakers and session leaders from the two industry giants shared their tips, predictions, and insights across a variety of talks and workshops.

Head of Platform Strategy at Microsoft, Dave Mendlen, and Google Developer Advocate, Stephen Fluin, happily took turns delivering the keynote on days one and two, and an overriding spirit of collaboration rather than competition fueled the entire conference.

Likewise, Fluin works to solve real world problems faced by developers and businesses, and to represent the needs of the community within the Angular team.

Of the many ideas Google and Microsoft agreed on over the 3-day conference, the benefits of building Single Page Applications (SPAs) using Angular 2 was one of their favorites. Microsoft MVP Dan Wahlin extolled its ability to run on a variety of devices and platforms while Google’s Fluin dedicated his entire speech to outlining its merits.

But what of the future of development? Microsoft says Azure will overtake Amazon Web Services (AWS) in the cloud, but Google is just as strong of a contender, and even Business Insider reported that “the three cloud platforms are basically equal, and offer a similar sales pitch.”

Cloud Wars – who will float to the top?

Azure’s secure end-to-end environment goes well beyond what self-managed operations can achieve. With its range of different micro-services – including Docker and Windows Containers, speaker Michele Leroux Bustamente made a future in which Azure overtakes AWS seem plausible.

However, Amazon Web Services officially launched its cloud-based analytics tool, QuickSight, yesterday, and according to Computer Weekly, “AWS’ commanding lead in the cloud arena will automatically cause competitors to sit up and take notice.”

Meanwhile, Google’s Angular 2 has barely had time to stretch its wings before Angular 3 is set to launch in March of next year. Angular 3 “will feature a template compiler that provides feedback in an IDE on errors in a template, and it will generate 25 percent less code, thanks to improved compilation and changes in the framework’s underlying mechanics,” according to CIO.

Wish you’d made it to DEVintersection Europe? The fourth annual US edition will take place in May next year, and early bird tickets for the conference are already on sale. Visit the website for more info.