HomeTechnologyCavitation Technologies Is Turning Wastewater Into a Key Resource for Sustainability With Green, Economical Solution
Technology

Cavitation Technologies Is Turning Wastewater Into a Key Resource for Sustainability With Green, Economical Solution 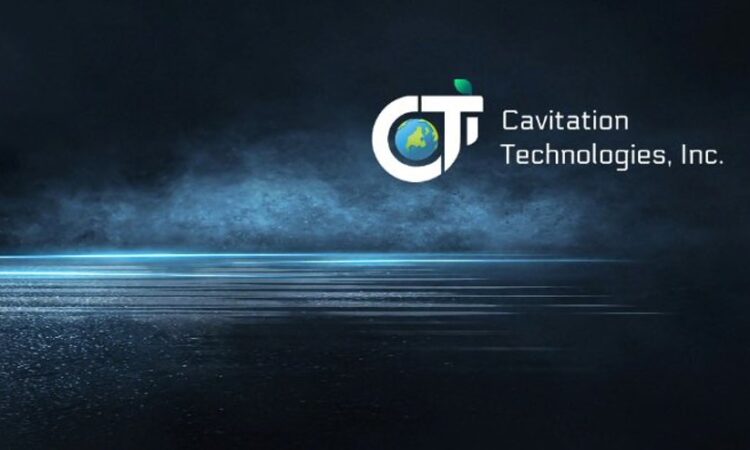 America is expected to face a dry future without immediate action, with scientists having warned that many regions could see their freshwater supply decrease by as much as a third within the next 50 years.

With 96 out of 204 freshwater basins in trouble, mainly as a result of population growth and climate change, there is a dire need for new approaches that could take protecting natural resources a crucial step further and help avoid upcoming shortages.

Innovative practices are needed particularly in the area of wastewater recycling as it is one of the solutions that could help preserve scarce freshwater resources and satisfy the growing demand from different sectors, including industry and agriculture.

While current water recycling systems and processes are much more efficient and cost-effective than in the past and have contributed greatly to efforts aimed at tackling the issue of water shortage, the power of technology can be leveraged even further to improve the process as a whole.

Cavitation Technologies, Inc. is an industry solution provider that has developed an efficient, economically viable, and environmentally friendly process of innovative technology to help turn wastewater into a resource for sustainability.

“There are government regulations that suggest, moving forward, operators across different industries will no longer be allowed to always use freshwater supplies and will need to reuse produced water. In order to do that, operators are looking for a viable economic solution,” Neil Voloshin, COO and CFO at Cavitation Technologies, Inc., told The Sociable.

“This is where our technology steps in,” he said, adding that their “green, economically viable” solution is being used across industries such as oil and gas that are considered high polluters.

Companies who leverage the technology developed by Cavitation Technologies, Inc. for water recycling can maximize the reuse of resource materials while slashing their capital, operating, and maintenance costs. This is mainly thanks to low power requirements, the need for minimal operator attention, and slashed transportation and disposal costs and the associated liabilities.

Other benefits of their technology include major reduction of chemical usage, consistent and reliable results, tolerance to a wide variation in the waste stream and water reuse, and a negligible amount of discharge.

The solution could contribute positively to sustainability-focused efforts given the great need and potential for recycling and reusing wastewater in different parts of the world, including in North America.

The COO and CFO of Cavitation Technologies, Inc. explained that their solution can be easily integrated into any operator’s existing processes, large or small scale. They also help eliminate a lot of costs associated with the processes because their technological innovation brings longevity to a company’s operations that are already in place, giving expensive machinery more durability.

“We have had very good traction from various oil and gas companies and have treated around a million barrels of produced water since we expanded into water treatment in 2019,” he said.

According to Mr. Voloshin, the cost of treating produced water using their technology currently ranges from 50 cents to $2 a barrel and the company is trying to lower the cost even further.

“We can achieve that while remaining highly profitable. The coronavirus set us back by about a year and a half, but we’re now marching forward,” he said, adding that they are currently treating nearly 9,000 barrels of produced water daily.

“We’re going to be increasing our capacity to do about 25,000 BPD in the near future, and our initial goal within the next six months would be to achieve 100,000 to 150,000 barrels of treated produced water daily,” Mr. Voloshin said, while emphasizing that they are committed to operating in a responsible manner that ameliorates their environmental impact.

The demand for water in the industrial, agricultural, and domestic sectors is increasing year after year as the population grows, and paradoxically, water sources are decreasing by leaps and bounds at the same time. It is vital that technological innovations such as cavitation are implemented on a societal level so that the thirst for essential resources such as water is quenched.