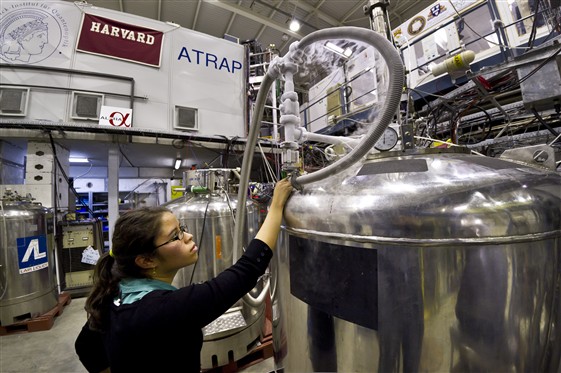 Scientists working in CERN’s Alpha Experiment in Switzerland have been able to create and ‘trap’ anti-hydrogen for 16 minutes, according to research published in this month’s Nature Physics Journal. 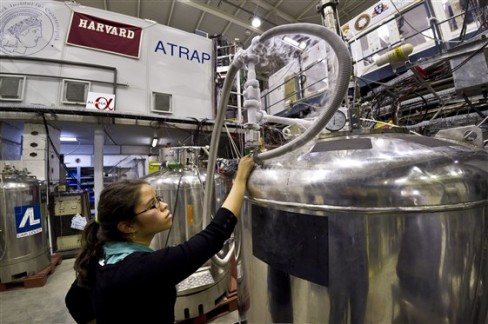 Antimatter such as anti-hydrogen have the same mass as their ‘normal’ counterparts but are oppositely charged and immediately destroyed when they come into contact with matter. CERN, @cern, managed to create 300 atoms of antimatter, one after another, by combining positrons with anti-protons.

It has been possible to create antimatter particles before but holding these for long periods of time, even microseconds, before they were destroyed had been difficult. Scientists were also unable to adequately study the anti-particles because they were created in an excited state, making it difficult to precisely measure them.

Creating and holding antimatter for longer periods of time allows them to reach a ‘ground state’ and gives scientists the ability to study their composition and behaviours. They also hope it will allow them to see why, after the Big Bang when equal amounts of matter and antimatter were thought to have been created; the universe is composed of matter.

To ‘trap’ the antimatter CERN scientists stored it in a vacuum in a Cryostat “magnetic bottle” at a temperature of 0.5° above absolute zero.  The video below shows the Cryostat,

This opens the way for a number of experiments, once of which will involve using microwaves at various frequencies to destroy the newly created antimatter.

If you hit the trapped antihydrogen atoms with just the right microwave frequency, they will escape from the trap, and we can detect the annihilation – even for just a single atom. This would provide the first ever look inside the structure of antihydrogen – element number 1 on the anti-periodic table.” said CERN spokesperson Jeffrey Hangst of Aarhus University.

Scientists want to understand why, one second after the Big Bang, most of the antimatter disappeared. The answer may solve one of the biggest mysteries in modern science; why is there so little antimatter and such an abundance of matter?

This breakthrough will allow scientists to see antimatter’s structure in greater detail. If the antimatter behaves in a different way as regular matter than this may mean scientists will need to rethink established theories of physics.

And Hangst believes this is likely to happen, “half of the universe has gone missing, so some kind of rethink is apparently on the agenda.”