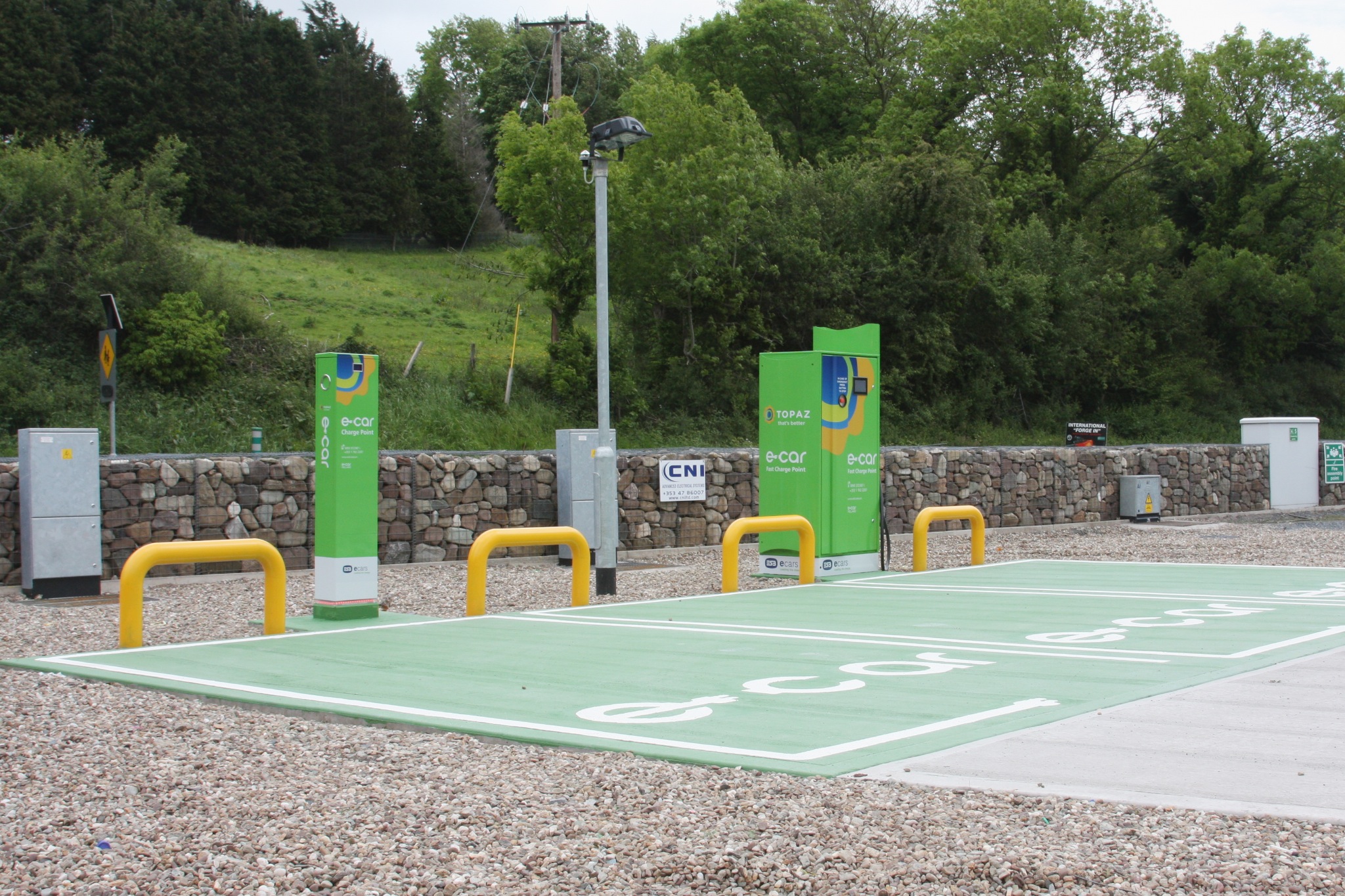 ESB ecars and Topaz have launched Ireland’s first electric vehicle fast-charge point in Coolshannagh, Co. Monaghan. This follows on from agreements between ESB ecars, Topaz, The Maxol Group, and Lidon last month that the roll-out of fast-charge points at service stations throughout the country would commence in May.

The electric vehicle fast-charge point in Monaghan is the first of its kinds in Ireland, with thirty promised in total by the end of 2011. ESB ecars boast that electric cars can be charged to 80% capacity within thirty minutes using the fast-charge system. A standard electric charge point is also in operation at Coolshannagh.

ESB ecars plan to install further fast-charge points at Topaz stations in Athlone, Cashel, Cavan and Cork City by the end of next month, with an additional ten Topaz service stations flagged for similar installations after that. By the end of the year, ESB ecars aim to have 1,500 public standard and fast-charge points across Ireland, and hint at the possibility of installing 2,000 home charge units if electric vehicle sales perform well.

Paul Mulvaney of ESB ecars is confident that the increasing number of electric car charging points will help increase the adoption of more efficient electric cars in Ireland,

“The increasing number of fast charge point locations will help to promote the wider adoption of electric cars in Ireland. The fast charge point network supports journeys between urban centres and fast charging at service stations fits with the motorist’s existing driving patterns”.

Electric cars currently cost around €30,000, although a €5,000 subsidy is available through the government’s electric vehicle grant scheme.