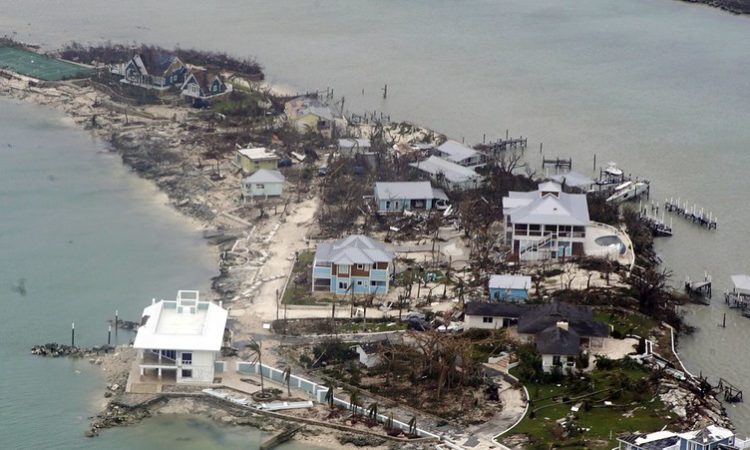 Today, facial recognition and blockchain are united with the launch of FindMeBahamas, a platform dedicated to finding missing people following the devastation of Hurricane Dorian.

Over 4,000 people in the Caribbean still have unknown statuses following Hurricane Dorian’s destruction in late August and early September.

At one point Grand Bahama Island was almost completely covered by water while the Abacos were all but annihilated.

To help find the thousands of missing people in the Caribbean, Trueface partnered with Bluestone Technologies Ltd, and today they launched FindMeBahamas.

The online platform combines the computer vision and facial recognition technology of Trueface with the blockchain technology of Bluestone to match missing persons with those found.

FindMeBahamas also gives those reported missing a 6-digit unique ID number in an effort to provide a digital ID.

Bluestone Co-Founder John Bridgewater, who was in Nassau when Dorian struck, tells The Sociable:

“The missing persons registry is public, so you will be able to go on the website, type in or search for a missing person, and see their information, see their six-digit unique identification number, see the comments, see information on where they were last seen, and those attributes about that person, so that maybe you, too might be able to help find them if they migrate or if they show up in your area.”

When disaster strikes, reaching for your ID (if you even have one) may not be at the top of your priorities.

FindMeBahamas was created with the knowledge that the majority of people in the Caricom region’s 24 member states (15 full members) do not have proper identification to begin with, so the union of blockchain and facial recognition is stepping in to fill the void.

“We have a number of different ethnicities here in the Bahamas,” says Bridgewater, adding, “one of the key problems is there are 20 million people in this region and more than 60% of them don’t have proper identification.”

“The characteristic surrounding blockchain is more so security, transparency, and immutability. So, one of the things that is key for us in merging computer vision and blockchain is to provide a transparency layer for governments as people migrate throughout the region,” adds Bridgewater.

Facial recognition, like any technology, is neither good nor bad in-and-of itself. It’s how you use it.

While we at The Sociable have definitely warned about its potential for abuse, here we are highlighting just one example of how this technology has the potential to do tremendous good in the world.

Trueface CEO Shaun Moore tells The Sociable, “We’re really trying to help build out a platform, not just for the Bahamas, but for the rest of the islands to empower people to find their loved ones with the use of facial recognition.”

“What we from the tech side wanted to show was how quickly this could be deployed at scale and how effective it could be in finding missing people,” he adds.

With a single photo or video capture, a person can be identified using facial recognition while that person’s ID is stored on the blockchain.

It is particularly useful for a person who is trying to evacuate or relocate to another island without a more conventional form of ID.

“This translates into us being able to provide now forms of identification for people across the islands who have lost their identification or who no longer have those credentials to travel and things of that nature,” says Moore.

Read More: How technology brought communities together in a fight against Harvey and Irma

But what’s in it for Trueface? How about Bluestone?

“For us it’s not really a money-maker,” says the Trueface CEO, adding, “it’s more on the humanitarian aid side for us. Given the kind of talk around how facial recognition has been used inappropriately in other parts of the world, we want to show the public and the world that this technology can be used for good.”

“We just want to showcase the power of this technology and how it can help find missing people or to give someone closure, truly.”

Scanning 1 Billion Faces in Under 1 Second

Trueface’s technology can plow through data at a ridiculously fast pace.

“We can scan through I think it’s a billion faces in under one second to find that person, so it’s very, very, very quick,” says the Trueface CEO.

“We can take as many images or videos that John and team can provide on the platform, and then our technology just sifts through that looking for the possible matches and the scores of those matches.

“The short of it is, ‘I’m a family member. I’ve got someone missing. I submit an image of that person to FindMeBahamas,’ and then our technology outputs the result: ‘this person was seen here with a 95% probability.’

“The last thing that we want to do is provide false hope here, and so we’re working with his team to ensure that the accuracy or the benchmark is where it needs to be, or we pass it to human review so they can take a look, too.”

Both Trueface and Bluestone have taken steps to ensure privacy and transparency with the launch of FindMeBahamas.

From the facial recognition side, Moore says, “We at Trueface have no access to that data, so our technology is always deployed local to our clients, whether physically on their server or on the cloud, so we don’t have any access to that data.”

From the Bluestone side, data gathered from FindMeBahamas will be shared with governments in their efforts to find missing persons, and this is done on a permission blockchain, which is more closed circuit than an open sourced and distributed permissionless blockchain.

“The people that are going to have access to the data are going to be people who are a part of our association,” says Bridgewater.

“For now, it’s more so going to be government, their entities and associated entities that are going to have access to the data of the Bluestone network,” he adds.

Today, FindMeBahamas launches to have a missing persons regional database that gives individuals who are missing or who are affected by hurricanes and natural disasters “to have a platform where they can leverage a very unique identification number and be able to migrate throughout the region.”