Applying inclusivity to brush away bias in the digital beauty industry 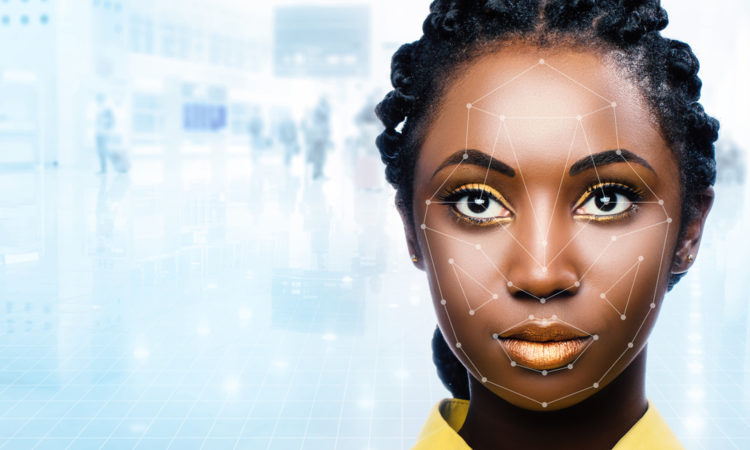 A woman of color applying inclusivity to bias-prone AI in the industry of digital beauty – how hard can it be?

The field of Artificial Intelligence (AI) has been under criticism for its lack of diversity emanating from gender and racial bias. What if an AI-based company were run by a diverse population?

Read More: Inclusivity and diversity are the answer to bias-free AI in smart beauty technology

Can an inclusive and diverse workforce give an organization a competitive edge by ensuring that its AI doesn’t inherit a one-sided point of view?

AlgoFace, an AI and AR-based makeup try-on company comprises a 27-people team, from nine countries, 63% of which are women.

“The fact that our team is 63% women is our competitive advantage. That’s how we’ll win”

Atima Lui, the Chief Marketing Officer of AlgoFace and skin tone inclusivity activist, told The Sociable that she is super proud of this fact, because AI as an industry is notorious for having gender bias and racial bias.

“The fact that our team is 63% women is our competitive advantage. That’s how we’ll win, with this inclusivity and making sure our products work on all people,” she says.

Lui is also proud of the fact that the team at AlgoFace comes from nine countries.

A Woman of Color in AI?

Lui, whose father was a refugee from East Africa, was born and brought up in Topeka, Kansas. Trying to fit in with the beauty standards of a predominantly Caucasian culture, Lui faced a lot of woe.

So, during her MBA at Harvard, she decided to start a company that helped consumers of every color. Her former company, Nudest, created an AI based solution called Nudemeter, a shade matching technology to match skin tone with products.

“The mission behind Nudemeter was really about changing beauty standards to include the full range of diversity and human skin, and empowering people to find products that work for them,” she explains.

That’s how Lui, a woman of color, entered the AI world. And it wasn’t easy.

According to Project Diane, a biennial demographic study of black women founders, startups headed by women of color have raised 0.0006% of the $424.7 billion in total tech venture funding raised since 2009.

“I had to be scrappy, which made me stronger emotionally, because it involved being told ‘no’ a lot”

Keeping this statistic in mind, Lui couldn’t help wondering if she had made a wise decision in wanting to set up her own company in AI.

“When you think about a statistic like that, you start to think, ‘Oh my gosh! I’m trying to do something that’s impossible. Why am I starting a business when it’s so hard for women of color to get funding?’” says the Harvard MBA.

Alternative Ways of Getting Capital

Nudest was part of an accelerator program through Coty Incorporated, the parent company of CoverGirl and Rimmel London beauty brands. That funding accelerated the startup, and Lui also won a pitch competition that gave them $50,000.

“I am proud of how, over the past three years of building Nudest, I have been really focused on alternative ways of getting capital for my company,” she says.

For the first year, she had to be efficient with her capital.

“I honestly believe that the hardship of finding capital as a woman and a black person in America made me a more efficient manager with money. It forces you to really focus on driving revenue,” she says.

She reminisces how she could never be complacent.

19/ “Less than 10% of all venture capital deals go to women, People of Color, and LGBT founders. It's bad business.” – Dan Parry

"The current state of AI is like the Internet in 1996" – Chris Benson, Chief AI Scientist at @Honeywell

“I had to be scrappy, which made me stronger emotionally, because it involved being told ‘no’ a lot, and having to learn how to face rejection,” she adds.

Need for Tech in Beauty

Inclusivity and diversity in the beauty industry are inadvertently ushering in technology. Lui believes, though, that the timing of this technology is really fantastic.

The industry is investing and giving people more choice. So much so, that the e-commerce world is now facing the issue of figuring out what color to buy.

“If you’re shopping from your couch, how do you figure out what shade to purchase? That’s where technology can really play a big role,” she says.

Women and people of color are minorities in the technology industry, but Lui thinks that both hardships also make her team great to bet on in a profitable business moving forward.

This could be a gender lens investing opportunity waiting to happen.