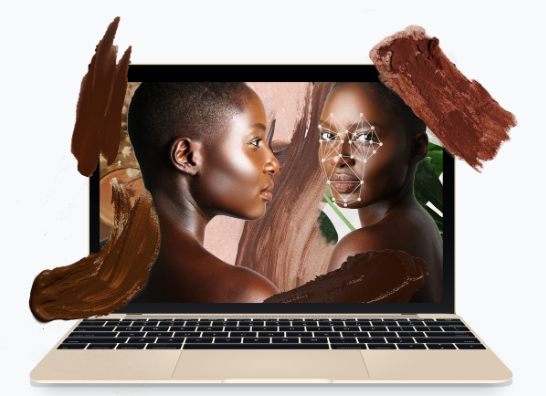 Two tech and beauty companies have come together in promoting inclusivity and diversity as the answers to bias-free AI in smart beauty technology.

“The limit in diversity does not exist”

Atima Lui, the Chief Marketing Officer and Dr. Taleb Alashkar, CTO and Co-Founder, of AlgoFace, told The Sociable that inclusivity and bias control are the new vision of AlgoFace.

“AlgoFace’s mission and goal is to build the most accurate unbiased face AI in the world, and this messaging is all about inclusivity.

Read More: Applying inclusivity to brush away bias in the digital beauty industry

AI and Augmented Reality (AR) are helping consumers in the beauty industry get the exact shade of makeup they need.

“Certainly, bias is a big issue in this space. We are very aware of this. However, we are a very diverse company in all aspects, be it, gender, race, etc.,” says Alashkar.

AlgoFace, a division of Algo, Inc., and Lui’s beauty tech startup Nudest have announced a merger to bring a smart and trustworthy solution for shade matching.

Nudemeter will be integrating with AlgoFace’s virtual makeup try-on technology.

“AlgoFace provides skin matching technology that can recognize your skin shade in high resolution and combine the results on our facial makeup trial system. We unlock a lot of opportunity, making the experience of our user much more interesting,” explains Alashkar.

The AI in AlgoFace is basically a computer making recommendations and decisions on behalf of the customer, pointing out products that work for the customer’s skin.

“It’s our constant effort to make our technologies as inclusive and unbiased as possible. That’s our mission, our North Star”

The Machine Learning aspect is teaching the AI how to make those decisions. “To teach our machine learning technology how to take into account a person’s undertone and tanning preferences in order to make a recommendation, over the past three years of building Nudemeter, we have trained our technology on images of people and also tested it out. We had to get a lot of matches wrong before we got it right,” says Lui.

Lui is particularly excited about the AR part, which is a new aspect that the merger gains,

“While the Nudemeter identified products that work for you, now we can also empower the user to see what the matches look like on their face,” she says.

Face recognition has been receiving flak in several cases for either displaying bias or being unreliable. AlgoFace claims its technology is not face recognition but face detection.

“When I think of face recognition, I think of being able to identify somebody. Its applications are more likely to be seen in the security industry, where you’re trying to identify a criminal or a Person of Interest,” says Lui.

“Certainly, bias is a big issue in this space. We are very aware of this”

“We’re tracking the face in pretty awesome ways, from a two-dimensional, as well as a three-dimensional perspective, wherein, you are on a live camera, able to move your eyes and lips, shake your head, and track where your features are,” she adds.

Alashkar explains that AlgoFace is determined that their AI remains bias free.

“From day one, we have tried to keep our AI bias free. Bias in the training data set will occur when there is a lack of other skin colors. For example, if the data sets have mostly white skin color, it will help users of that skin color more. However, our sets have all the skin colors,” he says.

Read More: ‘STEM is an essential tool for the fashion industry of the future’: Dr. Mark Liu

“We are collecting diverse sets. We are aiming that our AI selection be unbiased by ensuring that we fill all the gaps in our data,” he adds.

Another aspect of smart tech that worries consumers today is privacy. Lui says that is an aspect that AlgoFace takes into consideration.

“I’m proud of our technology, because it really takes consumer privacy into concern. We are able to allow someone to use our technology without baiting their data unnecessarily. It’s our constant effort to make our technologies as inclusive and unbiased as possible. That’s our mission, our North Star,” she says.

This is totally unacceptable conduct from a Google contractor. It’s why the way AI is built today needs to change. The answer to algorithmic bias is not to target the most vulnerable. https://t.co/VBzC8JTONr

The AlgoFace team has people from nine countries, 63% of it being women. That can vouch for several perspectives its AI AR face detection can gain from. As Lui says:

“The industry wants shade matching technology for the skin, but the industry also wants the ability to understand what the product would look like on their face. So we’re really excited about this unique combination of inclusion and diversity in skin tone matching and color matching as well as virtual try on.”