Threat detection technology can save lives 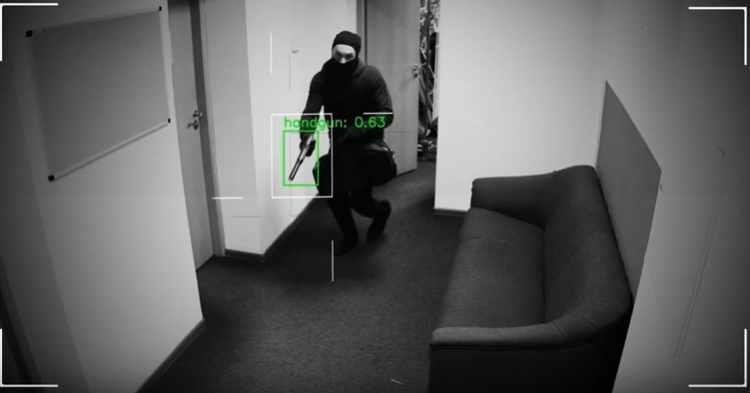 Preventing school shootings outright is damn near impossible, but with computer vision technology, reaction times can be significantly improved.

“If a weapon is pulled, we would know it real-time and be able to alert the proper authorities”

Although the probability of being a victim of a school shooting is about 1 in 614 million, the threat that it poses continues to haunt the consciousness of a nation.

There have been 18 school shootings in the US this year where people were injured or killed, and last year 113 people were shot at school.

Arming teachers, adding metal detectors, and turning schools into basically fortified compounds may seem like drastic measures for the unlikely event, but keeping children safe has to be the utmost priority of any civilization.

Active shooter drills have been mandated by law at almost every American school, but apart from having the side-effect of causing extra anxiety to students and parents, if a future shooter were in fact a student, wouldn’t they know exactly where everybody was hiding?

However, there have been advances in threat detection technology that can at least identify when someone pulls a weapon in real-time, so that reaction times to active shootings can be dramatically increased.

By adding a layer of computer vision to security cameras, weapons such as guns and knives can be identified at the exact moment that they’re drawn.

“Threat detection technology is computer vision technology that’s running on the camera feeds, and we’ve got alerts that are populated if a gun or a weapon is seen”

Shaun Moore, CEO of computer vision company Trueface, tells The Sociable that part of his company’s threat detection technology is about adding an intelligence layer to existing camera infrastructures of the world.

“If a weapon is pulled, we would know it real-time and be able to alert the proper authorities,” says Moore.

We’ve all seen the movies where there is a security guy in front of a dozen monitors and somehow he’s always distracted at the precise moment something bad is about to go down.

In real life doesn’t it doesn’t work like that. In real life cameras may capture everything, but the problem is that there can be hundreds of cameras in a building, and having a few individuals monitoring every single one of them 24/7 is not a viable option.

Even if a person were looking at footage of someone drawing a weapon in real-time, would they be as accurate as a computer in being able to identify the weapon right then and there on the spot? Most likely not, and that’s where computer vision has the advantage.

“This is a sensitive subject in the United States, but we have far too many school shootings. Far too many guns being pulled on campuses or in schools, and frequently what we’ve seen is that those guns are actually pulled on camera,” says Moore.

“But you’re asking one or two individuals to monitor a few hundred cameras at once. It’s very unlikely that you’re going to catch that.”

According to a Northeastern report, “There are around 55 million school children in the United States, and on average over the past 25 years, about 10 students per year were killed by gunfire at school.”

“We’re not reinventing anything. We’re trying to provide intelligence into what’s already existing”

The Trueface CEO doesn’t claim to be able to prevent school shootings, but the threat detection technology can at least help with reaction times.

In the Parkland shooting, for example, the individual pulled out a rifle in a stairwell, and there was a camera on him the entire time, but nobody saw what was happening. If a layer of computer vision had been added to that camera, it might have been able to alert the authorities much, much quicker.

“The cameras are there. We’re not reinventing anything. We’re trying to provide intelligence into what’s already existing,” says Moore.

“This technology, the threat detection technology is computer vision technology that’s running on the camera feeds, and we’ve got alerts that are populated if a gun or a weapon is seen.”

But it’s not just weapon detection in real-time that Trueface does; it provides a whole host of solutions on making sense of the data that you’re already receiving.

Yesterday, Trueface partnered with blockchain company Bluestone Technologies Ltd to help find missing people in the Bahamas in the wake of Hurricane Dorian with the launch of FindMeBahamas.

The platform combines the facial recognition aspect of Trueface with the blockchain security and transparency of Bluestone.

“We want to show the public and the world that facial recognition technology can be used for good,” Moore said at the time of the launch.

He boasted that the platform could scan about a billion faces in under one second!