In spite of profits, efficiency, and innovation that gender diversity promises to bring, the gender gap is not being filled when it comes to corporate venture funds.

“In 2019, most of us can agree that there are not enough women making decisions about the future of industries and innovation”

According to the Women in Corporate Venture Report 2019, venture capital funds with women managing partners across Canada and the US got only 10% of all dollars invested in in 2018. The rest of the 90% went to all-male funds.

This makes sense seeing that only 13.5% of all partners at US/Canadian venture capital firms are women, and only 8.9% of women are in managing partner roles. 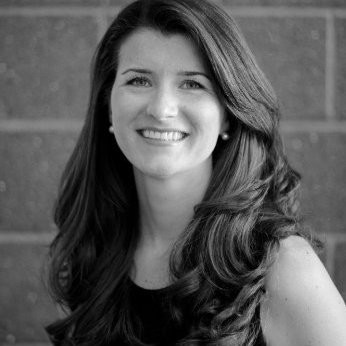 “In 2019, most of us can agree that there are not enough women making decisions about the future of industries and innovation,” says Lauren Robinson, Highline Beta General Partner and Female Funders Executive Director.

“But there is still too much talk, and not enough action. The intent of this report is to give venture capital firms, angels, and LP investors the information we need to benchmark ourselves, and to make concrete change.

“We hope by bringing greater transparency to these systemic problems, we can provide the inspiration and insight that will catalyze a different future for venture capital,” she adds.

For the VC firms in the US, 168 different funds of less than $5 million that made less than one investment in 2018. These funds represent an estimated total of $65.9 billion in active investments.

The numbers reveal that the gender gap in venture capital across North America is greater because of lower representation of women in VC firms.

This low representation of women in corporate firms may be leading to opportunities missed out on the returns that diverse investment teams drive.

It is now proven that diversity within firms leads to better decision making and drives innovation. McKinsey & Company came out with research in 2015 that gender-diverse companies are 15% more likely to outperform those with all male companies.

Gender lens investing has been catching up at a rapid rate as a business trend throughout the 2010s. This kind of investment signifies investments with the objective of generating not just a financial return, but also a quantifiable and profitable social or environmental effect.

There also exists a gap between the capital women entrepreneurs seek and the credit they have access to. Venture capitalists can see this as a major opportunity for business.

However, from what the Women in Corporate Venture report reveals, low representation of women in venture capital firms is hindering venture capitalists from taking that advantage, which means the world of business may yet not have reached the heights it can reach.

The current report suggests that corporate venture groups across the board are still largely missing out on the broader range of networks and experience that gender diversity brings.

Another trend that has been revealed in the report is that having women in leadership roles at firms might form the investment interests of that firm. A 2013 report from the US Small Business Administration shows that deal flow is often sourced from pre-existing networks.

The social capital of a VC firm can influence its future investments in women-led businesses, but in complicated ways. Gender diversity or its lack among leaders in emerging corporate ventures can have a cascading effect on corporations, startups, and venture capital investors.

On the other hand, VC firms co-investing with other VC firms that do not regularly co-invest with one another, tend to invest less in women-led businesses. According to a report from Babson, venture firms are twice as likely to invest in women-led startups if they have at least one female partner on their team.

As the report states, “Those in corporate venture capital roles not only invest in startups – they also often find opportunities for the core business to leverage the technology, networks, and learnings of the startups in their portfolio. Gender diversity (or lack thereof) among these emerging corporate venture leaders impacts corporations, startups, and venture capital investors alike.”

“Angel investors and venture capitalists can have a huge impact by helping to bring more women to the table,” says Tara McLean, a participant in Female Funders Angel Academy, who recently made her first two angel investments after completing the program. “Mentorship from an experienced investor gave me the comfort I needed to make my first angel investments. I hope to play a role in closing the gender gap in investing, and help make the process of raising capital more accessible to women founders.”

Also, often it’s not just about the money. Apart from funds, corporate venture teams also offer support for building partnerships, helping start pilots, obtaining contracts, and other support. Such initial support can impact the future of the startup.

Almost 16% of leadership (partners, executives) at corporate venture capital firms are women, according to the Highline BETA report.

While women all over the world have started showing interest in STEM (Science, Technology, Engineering and Mathematics) businesses, women entrepreneurs are finding it increasingly hard to acquire funds and support in that sector.

General research from the National Women’s Business Council (NWBC), released in 2018, shows that women, in the past as well as now, do not find it easy to gather capital for business as men, even if the funds they seek are less than what men seek.

At the same time, the current report proves that women are facing funding problems in general business as well.

More women entrepreneurs are forced to fall back on personal funds than men. Consequently, women-led businesses are becoming cash strapped, so it’s another cascading effect.