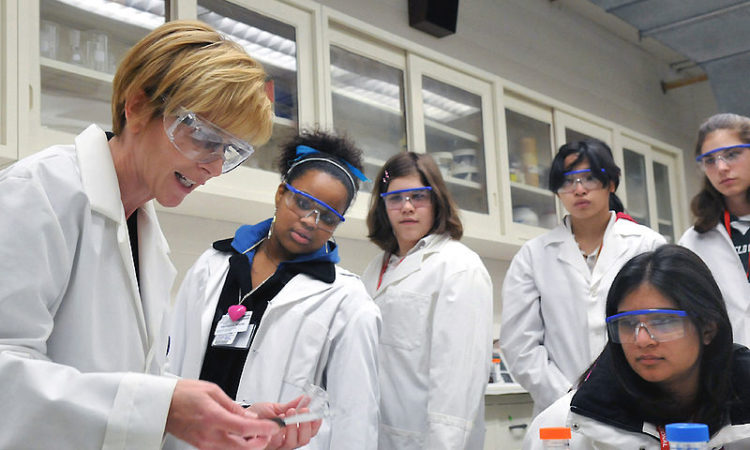 While women continue to surge ahead in the field of business, STEM (Science, Technology, Engineering and Mathematics) still remains a male-dominated sector.

Female US Army veterans have been found to be twice as more interested in pursuing STEM professions in comparison to civilian women, according to a guest article on Entrepreneur; however, more than 83% of women veterans surveyed expressed that they faced several challenges in starting their own businesses.

Still women entrepreneurs are finding it increasingly hard to acquire funds and support in STEM-related businesses.

According to Sister, a media platform dedicated to writing about women in STEM, found that women taking part in accelerator programs for STEM often find themselves grossly outnumbered or their ideas being passed up in spite of good feedback.

As a trend, they found that teams consisting of white male founders advanced, a result that they directly related to the fact that the judges for the competition were all white men.

While the prevalence of this kind of bias may be viewed as alarming, its existence does not actually stem from personal views of male figures in authority. Instead, the bias is ingrained in the culture and environment that is simply more used to seeing males around.

Such an environment discourages women from considering a career in STEM. As Samantha John, co-founder of code learning app Hopscotch told The Huffington Post, “It can be hard when you want to be taken seriously in the field, but your gender makes you automatically considered a beginner.”

Not that women are not facing funding problems in general business. General research from the National Women’s Business Council (NWBC) shows that women, in the past as well as now, do not find it easy to gather capital for business as men, even if the funds they seek are less than what men seek.

More women entrepreneurs are forced to resort to personal funds than men. This results in women-led businesses becoming cash strapped.

The US shows a huge gender gap venture capital funding. According to the Harvard Business Review, women entrepreneurs are able to acquire only around 2% of total venture funding, although they own 38% of all US businesses.

Concerned groups like policymakers and academicians have expected this trend to change with the advent of more women venture capitalists. However, even though the number of female venture capitalists has increased from 3% of all VCs in 2014 to an estimated 7% in 2017, the gender gap has become even wider. This suggests that bias in favour of male entrepreneurs cannot be the only factor.

Bias in the Questions

A study in venture capital observed Q&A interactions between 140 prominent venture capitalists (40% of them female) and 189 entrepreneurs (12% female) that took place at TechCrunch Disrupt New York.

The observers found that investors adopted a “promotion orientation” when posing questions for male entrepreneurs. That means they focused on hopes, achievements, advancement, and ideals.

On the contrary, when quizzing female entrepreneurs, they adopted a “prevention orientation,” centered on safety, responsibility, security, and vigilance.

The result was that male-led startups were found to raise five times more funding than female-led ones. Evidence of this bias was found among both male and female VCs.

On a positive note, this culture is slowly changing, and efforts to make this change is everywhere. The reason for desiring this change is emanating from the fact that funders are starting to realize that not being inclusive hurts business in the long term, as they miss out on talent.

According to the 2017 Annual TINYpulse Start-up Report, among growing startups, female founder-led companies ‘almost universally’ outperformed male-only startups. They also found that the fastest-growing companies that are showcasing growth at more than 200% are 75% more likely to have a female founder.

The Role of Role Models

“Girls in the UK become interested in STEM subjects just before the age of 11 but the interest drops sharply when they turn 16,” according to Education Technology.

The environment and culture around STEM needs to change, a change that can start straight from school itself. Women interested in STEM can bring this change by inspiring other women. A 2018 Microsoft study found that girls in the UK are much more prone to contemplating a career in STEM when having a role model to inspire them.

Successful STEM women can become role model for young girls. A good example is Sabina London’s STEM You Can, a summer camp program for young women to participate in fun, interactive experiments on topics such as global warming and space exploration.

Further, programs to support STEM and entrepreneurship among women, developing their scientific and entrepreneurial knowledge and skills, building their professional networks, and other related activities would help.

Australia’s National Innovation and Science Agenda has launched a Women in STEM and Entrepreneurship Program to encourage Digital Literacy and STEM among women in Australia. The Australian government has allocated AU$3.4 million to the cause of “improving STEM equity” in Australia.

Government programs like these can fund women in STEM with the aim of removing barriers that hinder women’s participation in STEM education and careers, including entrepreneurship.

Governments, families, parents, schools, and institutions can take the lead in generating interest among young women about STEM-related topics. They can create a culture where it is normal for women to talk about getting into STEM instead of the idea being a novelty.