HomeTechnologyFusion, not fission, a way back for nuclear power?
Technology

Fusion, not fission, a way back for nuclear power? 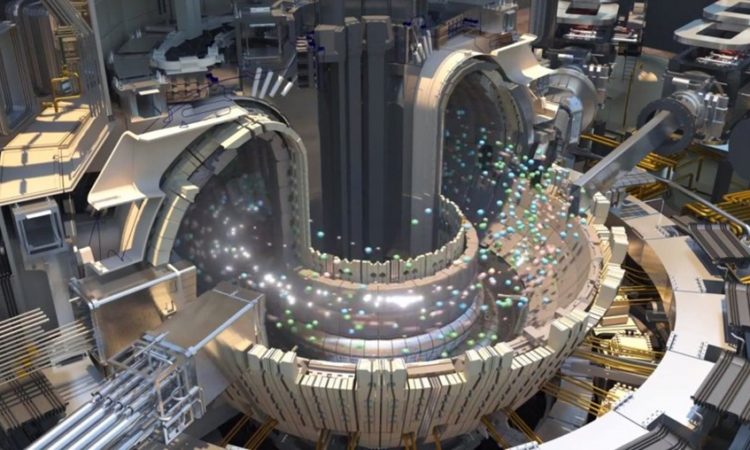 A US Department of Energy study is published, indicating a major breakthrough in the process of creating power through nuclear fusion.

Research teams continue to search for a sustainable solution when it comes to nuclear fusion power technology. Although it remains elusive, the prize is immense – boundless free energy.

Researchers at the US Department of Energy’s (DOE) Princeton Plasma Physics Laboratory (PPPL) have made a significant breakthrough in understanding the process.  Specifically, they have uncovered a mechanism which aids in controlling volatile disruptions which plague the management of the reaction.

These disruptive events bring the fusion reaction process to a halt whilst damaging the housing (known as a ‘tokamak’) which contains the reaction.  As part of their methodology in controlling those events, the researchers are relying upon a predictive deep learning artificial intelligence (AI) model.

The discovery is expected to be beneficial to the work of ITER (International Thermonuclear Experimental Reactor).

ITER is an international nuclear fusion research project on a grand scale.  Located in Provence in the south of France, the project is expected to cost a whopping $25 billion and despite already being a few years into construction, it’s not due to be completed until 2025.  The project is being financed and supported by China, the European Union, Japan, the U.S., Russia, Korea, India and 35 other countries.

According to ITER, it sees the new facility as providing “the key experimental step between today’s fusion research machines and tomorrow’s fusion power plants”.  Yet, although significant investment is being laid down, and headway is being made in terms of research, the timeline for the first commercial fusion power plant to come on-stream is 2050.

What is Nuclear Fusion?

Nuclear fusion involves a process whereby energy is produced by colliding together light atoms.  Nuclear fusion power requires a colossal amount of heat.  Physicists have struggled to replicate nuclear fusion such that it generates a surplus of energy relative to the energy input utilized.

Deuterium is a stable isotope of hydrogen – which is naturally abundant in the earth’s oceans.   It is the key resource or fuel needed for a nuclear fusion reactor.  So long as there is water on earth, we have a resource to replicate nuclear fusion and potentially provide the world with free energy.

Core to the technology is the generation of heat – which is generated via the fusion reactions.  In the natural world, the sun provides the most obvious example of the forces necessary to bring this reaction about.

Trying to replicate this process with a net energy gain has proven quite a difficulty for research teams worldwide for many years – let alone to scale that up on a commercial basis.  Notwithstanding that, there are signs of nuclear fusion technology inching forward towards viability.

Our history with Nuclear power has been contentious.  Three Mile Island in Pennsylvania in 1979, Chernobyl in 1986 and more recently, Fukushima in Japan in 2011.  These are the headline disasters in the industry – with a catalog of less well known deadly mishaps having occurred at nuclear plants worldwide.

Notwithstanding that, proponents of nuclear fusion claim that it offers unlimited, safe, clean and cheap energy.  The existing technology involves a nuclear fission reaction whereas with nuclear fusion, they claim this time it will be different.

Read More: ‘Solar can be the cornerstone tech for our future clean economy’

There’s no doubt that fusion is better in terms of the inputs required.  It doesn’t require the use of uranium.  Deuterium is the main ingredient and it can be distilled from sea water.

In theory at least, fusion should be easier to control than fission.  This in turn should mean that its far safer than fission.  Furthermore, the expectation is that it should end up being low cost – with electricity rates in the region of 3 cents per kilowatt-hour.

The only bi-product of the process is helium, meaning that no greenhouse gases are released into the atmosphere.

In terms of drawbacks, an immense amount of energy input is required.  Naturally, scientists are trying to bring about a scenario whereby there is a net energy output surplus.  However, even if this is achieved, it still detracts from the notion that nuclear fusion represents ‘free’ energy.

Compounding the difficulty of that economic model are exorbitant capital costs.  Whilst the $25 billion cost of ITER may be a special case, once a commercial plant comes on-stream, it’s still expected to have significant build costs.

Whilst proponents claim it is much safer, the reality is that the technology is entirely new and not fully proven.  With that, nobody can say with any certainty of the extent of the downside risks in terms of safety.  It’s possible that tritium is needed to run nuclear fusion power plants.  If this is the case, it may be that nuclear fission reactors will have to continue to be run (in order to provide a source).

There will still be significant radiation risks with fusion reactors and an immense quantity of water will be required to cool the thermal power plant.

A Speck on the Horizon

In a world where we are trying to bring about nuclear weapons proliferation reduction, the existence of nuclear fusion reactors could lead to the clandestine production of plutonium 239.

The milestone of a first commercial nuclear fusion plant is projected at 2050.  It’s just a speck on the horizon right now.

Aside from reaching a commercially sustainable production model, perhaps there’s time and scope for researchers to also make the process far safer.  That said, they’re not likely to be able to bend the laws of physics so it still remains to be seen if fusion power will emerge as a responsible and sustainable choice for our energy needs in the future.