HomeScienceEmbracing the power of Earth with green geothermal energy
ScienceTechnology

Embracing the power of Earth with green geothermal energy 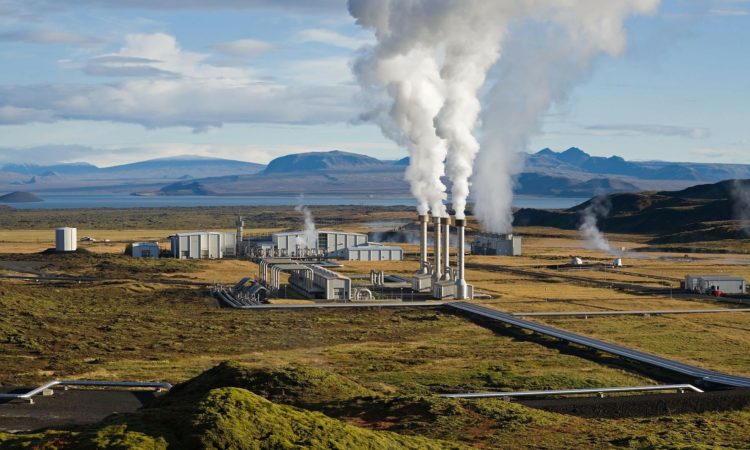 As we constantly look for green sources of energy to carry on as we do on this planet without hurting it any further, geothermal energy is being adopted around the globe as a friendly and inexpensive way of drawing energy from the Earth’s internal heat.

While this energy has been void of glamor so far, a recent fund raising on the part of a geothermal project development company called Baseload Capital has brought it into limelight.

On March 3, TechCrunch reported that Breakthrough Energy Ventures, the investment firm that is famous for being financed by billionaires such as Jeff Bezos, Bill Gates, and Jack Ma, announced an investment of $12.5 million in Baseload Capital. Baseload Capital finances and develops projects for Climeon, a Swedish company, which claims to have developed tech to make geothermal power as accessible as wind and solar.

What is geothermal energy?

Geothermal energy is the heat drawn from the Earth. It’s clean and sustainable nature is making it a popular source of renewable energy that can replace fossil fuels. Geothermal energy resources are the shallow ground, hot water, and hot rock, found a few miles into the Earth’s surface, as well as the extremely high temperatures of molten rock called magma found deep under our planet’s surface. It can be found all over the Earth in the form of steam vents, lava, geysers, or simply dry heat.

All over the planet, the shallow ground, or the first 10 feet of the Earth’s surface, has an almost constant temperature ranging from 50° to 60°F (10° and 16°C). With the help of geothermal heat pumps, we can avail this resource to heat and cool buildings, heat swimming pools, and greenhouses.

Read more: Could your home be the next eco-friendly power plant?: Screems

The reason why we don’t see profound use of this method is because technologically, we are still struggling with its applications, according to Quartz. Many geothermal power plants need access to extremely hot water, which is not available everywhere. This makes areas like Iceland and Indonesia ideal for large amounts of geothermal energy because of their proximity to volcanoes.

The Earth’s heat and civilization

Our civilization has been drawing comfort from mother Earth’s bosom for a long time. According to the National Geographic, archaeological evidence reveals that 10,000 years ago, groups of Native Americans followed the practice of gathering around natural hot springs to convalesce or take shelter from conflict. Scholars and leaders in BC 3 drew warmth from a hot spring near a mountain in central China called Lishan.

Bath, in England, is famous for its hot spring spas, which were built by Roman conquerors in AD 60 to include an elaborate system of steam rooms and pools, leveraging the shallow pockets of low-temperature geothermal energy.

Tourists have visited the hot springs of Chaudes Aigues, France, since the 1300s, providing not only a source of income and energy for the town but also heat to houses and businesses.

The US has had a geothermal district heating system in place since 1892 in Boise, Idaho, a set up that still heats around 450 homes.

Who is using geothermal energy?

Iceland’s proximity to molten rock and magma from volcanic activity gives it the chance to tap over 25% of its energy from the earth’s heat. About 90% of the country’s residents use geothermal heating resources to melt snow, warm fisheries, and heat greenhouses.

The US is the highest generator of geothermal energy in the world, with an annual output of at least 15 billion kilowatt-hours, which is the equivalent of using around 25 million barrels of oil. According to the US Environmental Protection Agency, geothermal heating creates a heating and cooling system that is environmentally safe and also the most energy-efficient.

The largest Geothermal Heat Pumps (GHP) project was established at Ball State University, Indiana, in 2012. Experts say that by replacing a coal-fired boiler system, the university will save heating costs amounting to US$ 2 million a year.

The reasons we should use it

Unlike fossil fuels, geothermal energy is a renewable resource, meaning, we will never run out of it. The Earth will emit heat as long as it exists, which should be some billions of years into the future.

Some amount of geothermal energy is always available anywhere in the world. Though some amounts of emission of sulfur dioxide, nitrous oxides, and particulates have been recorded, it is way less than emissions from fossil fuels.

Another concern that geothermal power plants take up space can be refuted by the fact that they last for decades and possibly centuries. A well-managed reservoir can balance the amount of extracted energy with the rock’s rate of renewing its heat.

Also, solar and wind, geothermal systems can function 24X7 in every season or weather and requires no fuel to run.

What we should beware of

In spite of so many advantages, some concerns remain, about which it is wise to be aware.

Over time, wells will cool down, especially when heat extraction is too fast. The steam pressure of the world’s first electrical plant supported by geothermal energy, built in the 1950s in Larderello, Italy, has seen a 25% plus depletion over the years. While re-injecting water can replenish such a site, the process is known to cause “micro-earthquakes.” While this seismic activity has almost always been too weak to feel, an earthquake in Basel, Switzerland forced its site to be shut down.

Geothermal plants can cause slow sinking of land, leading to weakening of bases for pipelines, roadways, buildings, and natural drainage systems. Also, if the geothermal system is not well insulated, underground water flowing near these sites can pick up trace amounts of toxic elements like arsenic, mercury, and selenium.

In addition, building a site can be expensive, making it difficult for developing countries to take advantage of available resources.

Apart from these reasons, building a plant of such stature often begs to consider a social impact. For example, in 2014, before Kenya became the first African country to build geothermal energy sources, there was a debate about building a plant in the country’s Wildlife Conservation areas. Though clearly, such a plant addressed major social needs of the community.

What has happened in the past month?

This month, the Alaska Department of Natural Resources (DNR) has issued a call for applications for the exploration of the Mount Spurr geothermal area. With the goal of eliminating smog, Poland is pushing geothermal energy as part of a priority plan for cleaner heating sources of the National Fund for Environmental Protection and Water Management.

The city utility of Schwerin, Germany, has completed their first production well in the geothermal field Schwerin-Lankow, with yield and temperature well above expectations.

DEEP Earth Energy Production’s geothermal power project near Estevan in Saskatchewan, Canada, is planning to sell excess heat to a 45-acre greenhouse for commercial use.

Under the framework of the Global Geothermal Alliance (GGA) – IRENA, the International Geothermal Association (IGA) and the World Bank met the Geological Survey of Ethiopia (Under the Ministry of Mines) and local stakeholders to gather information about existing geothermal fields and resource recovery estimates to support the country in classifying these estimates based on internationally acceptable guidelines of the UNFC.

The new 55 MW Pailas II, a Costa Rican geothermal power plant will start operation in this month. Even oil countries like Mexico are encouraging this.

Looking at the pros and cons, it appears to be a question of scrupulous maintenance that can ensure human beings leverage the power of geothermal energy without causing harm to the environment and the society. It is no wonder that so many countries have embraced this resource.

As long as we don’t have to shift planets, the power of geothermal resource lends hope of a greener future.