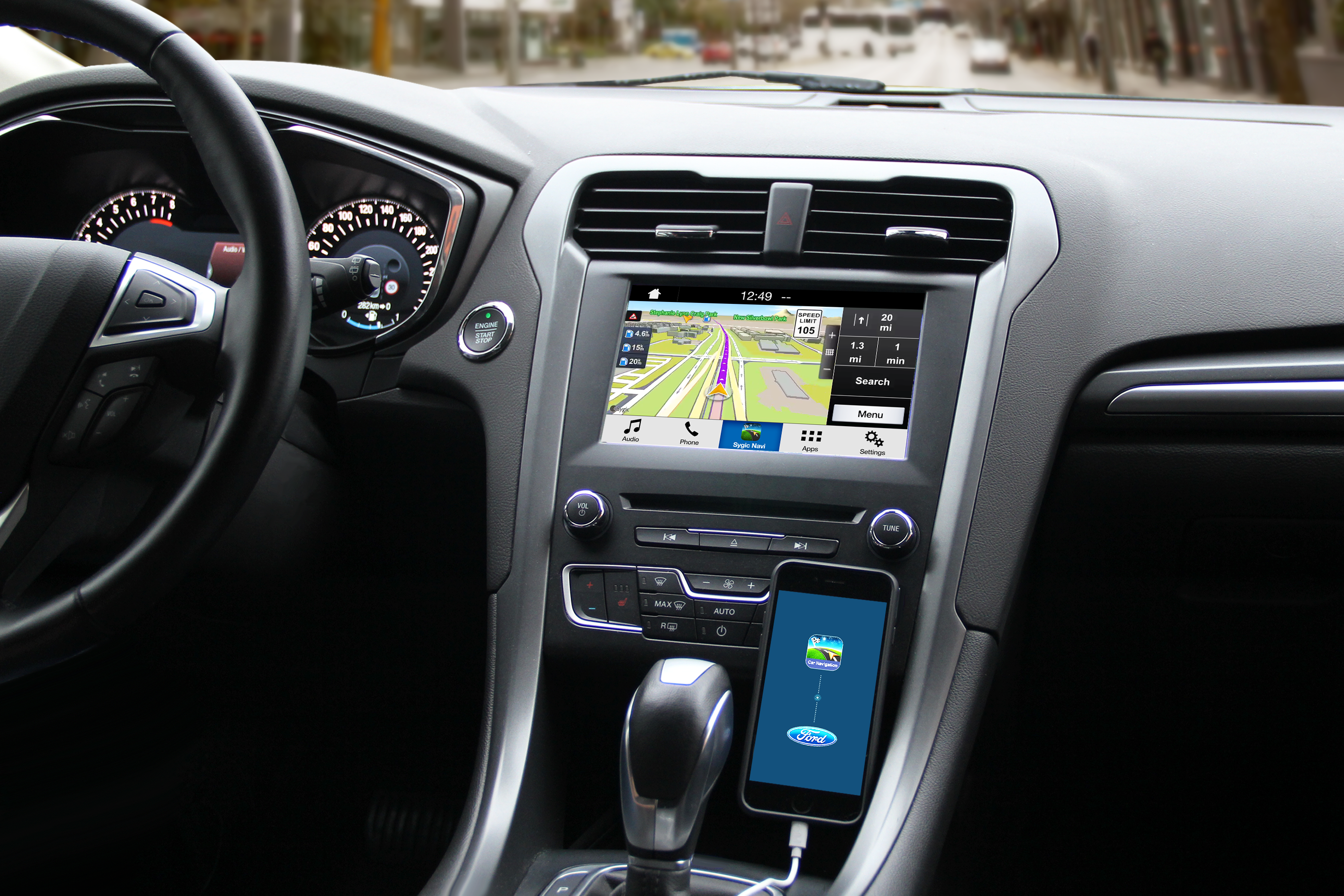 Drivers of Ford 2018 models will be able to sync their smartphones with their in-vehicle touchscreens to give verbal commands while keeping their eyes on the road.

In order to combine safety with convenience, Ford has partnered with the world’s leading GPS app, Sygic. The technology aims to reduce a driver’s urge to pick up and look at their mobile device while on the go.

This new partnership works to keep eyes on the road and hands on the wheel by projecting the navigation information onto the touchscreen and leveraging voice recognition commands.

When a smartphone is paired to the vehicle via USB cable, control of the Sygic app is removed from the smartphone. The app is automatically projected to the vehicle touchscreen and linked to voice controls, making navigation apps more convenient to manage.

“With most Americans now using a smartphone, and the majority of those using it for navigation, Ford is proud to introduce this new capability,” said Don Butler, executive director, Ford Connected Vehicle and Services. “We expect this option for mobile navigation will help boost safety by keeping drivers’ eyes on the road and their hands on the wheel.”

The two companies joined forces to build an AppLink capability between Sygic and Ford’s SYNC that will allow users to project navigation apps directly from a smartphone to the SYNC 3 vehicle touchscreen.

Sygic CEO Michal Štencl said, “Sygic is committed to exploring the boundaries of navigation, a philosophy that has directly contributed to our enduring reputation as the leader in navigation for connected cars. We look forward to unveiling new cutting-edge premium features and further developments in our global partnership portfolio throughout 2017.”

The Sygic Car Navigation app will launch on 2018 Ford vehicles.

Delegating: Effective management or a lazy way to dump responsibility?