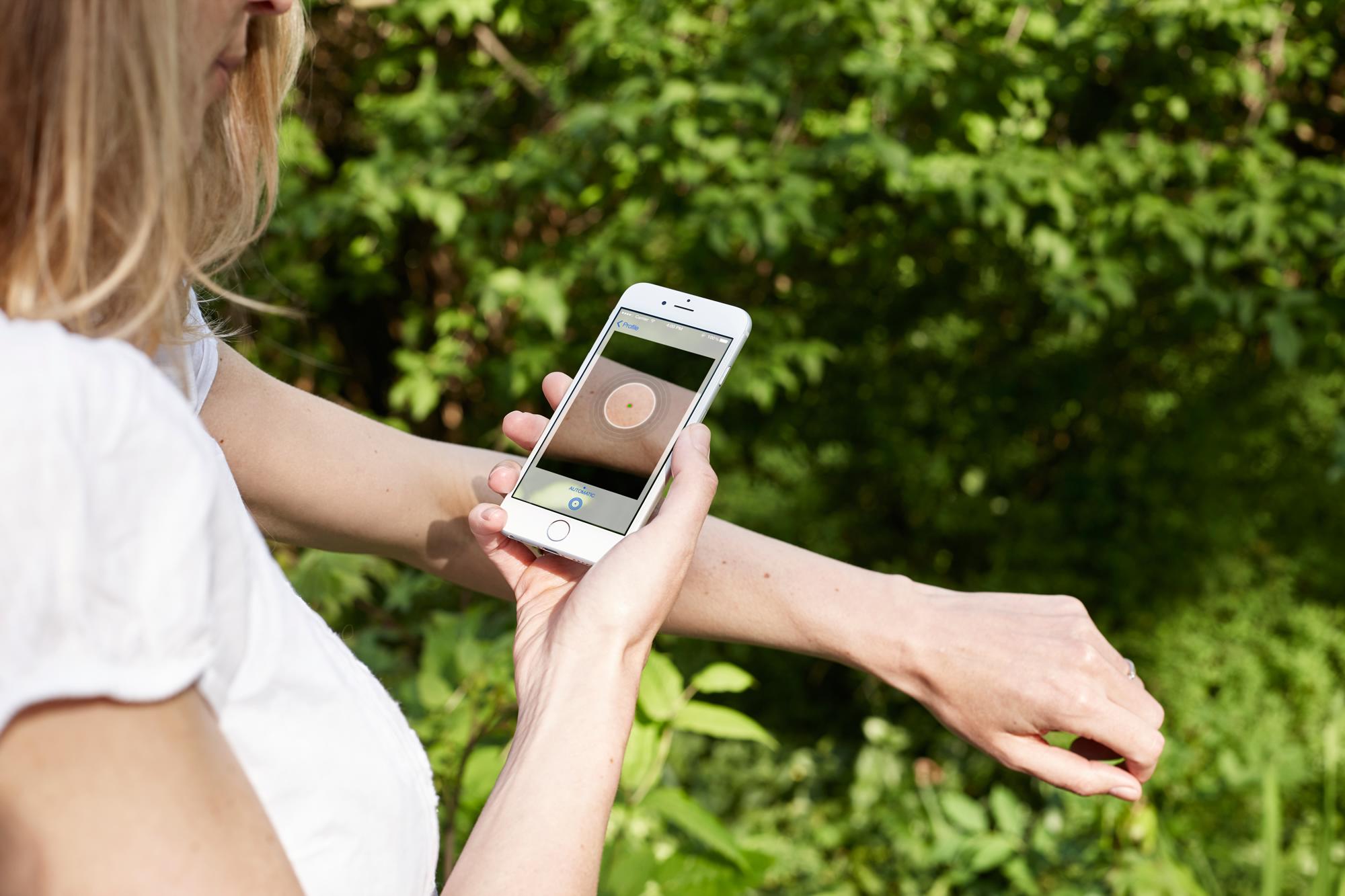 In the digital age, people who begin to have symptoms of “dis-ease” prefer to get a first diagnosis online rather than actually go to a doctor.

In a survey of 1,000 people, “65% said they have avoided going to a doctor in favor of seeking medical information online,” according to Mashable.

Whether it be fear of embarrassment or fear of an inconvenient truth for not seeking help, a person’s health is a very private and sensitive issue. There are many great resources available to help concerned people get a general idea of what ailment they may have; however, since symptoms may vary from person-to-person for every different malady, a simple checklist of symptoms from sites like WebMD is not enough for a proper diagnosis.

Without a proper checkup, you may stumble across a condition while browsing the web that has similar symptoms to yours, but in reality is way off the mark.

And speaking of marks, there is an app now available that allows you to scan your skin to check for cancerous moles or spots, and it is already saving lives.

Last month a woman in New Zealand used a skin cancer detection app called SkinVision to scan some discoloration on her skin that turned out to be malignant. In 20 seconds Marie Stantiall received a “high risk” alert from the SkinVision app, and she immediately went to the doctor, and her life was saved.

But Marie isn’t the only one who has had a life-changing connection to the app. To give an idea about how scary and alone it can feel to have to go through such an ordeal, check out Michela Pelucca’s Vlog below.

Michela lived in Italy for 30 years and sunbathed regularly without using any skin protection. Knowing that skin cancer ran in her family, she finally decided to do something about the moles on her back that had been worrying her for some time.

“I decided to check on my iPhone for an app about moles,” said Michela, and that’s when she found out about SkinVision. “I checked my ‘potentially dangerous moles’ every month,” she adds, “and this really helped me. I really think this app can save lives. I recommend it to anyone who have skin cancer in their family.”

Fortunately for Michela, her moles turned out to be benign, but she continues to use the SkinVision app because in her words “it is very easy to use,” and she hasn’t stopped using it in 18 months.

Of course the app doesn’t replace going to see a trained dermatologist or specialist, but according to SkinVision’s website, their “algorithm has been developed and tested in cooperation with dermatologists and checks for irregularities in color, texture, and shape of the lesion. The application is not a diagnostic device and doesn’t replace a visit to your doctor, however it helps you to visit your doctor prepared and in time.”