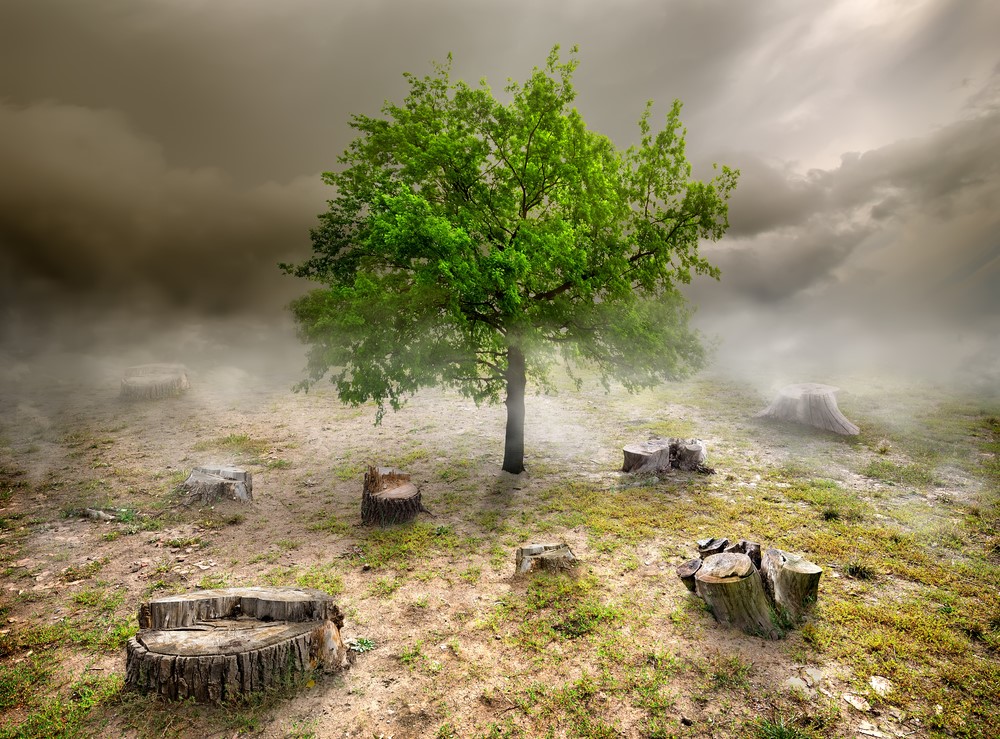 A world without rainforests is virtually incomprehensible. Forests cover around 30 percent of the planet’s land area, yet deforestation continues to clear these essential habitats to hundreds of thousands of plants and animals on a massive scale.

More than 19 percent of the Brazilian Amazon has been lost to deforestation since 1970, and shockingly, 1.5 million square kilometers of tree cover was lost globally between 2000 and 2012, an area roughly the size of Mongolia.

So, it’s pretty clear that deforestation is a problem that needs the attention of our most advanced technological solutions, namely, Artificial Intelligence (AI). Since the rise of AI, its expansible business value has been present across a multitude of industries, yet right now it seems that nature needs it most. Is it possible to create not just “Human-friendly AI”, but also enduring “Earth-friendly AI”?

In fact, environmentalists and scientists across the world are already leveraging AI and its allies (Deep Learning and Machine Learning) to protect forests from illegal deforestation.

So, what’s being done?

Data science company Gramener recently used Convolutional Neural Networks with transfer learning to predict plant and tree species from close to 675,000 images, achieving 85% accuracy – a level comparable to human experts. The model, which was deployed as a scalable web service, allows users to upload images and classify them according to species within seconds. This is also now available in the Microsoft AI-for-Earth model API Library. The distributed processing scaled the model on the entire dataset, reducing the training time from weeks to minutes.

Non-profit organization Rainforest Connection (RFCx) creates acoustic monitoring systems to help fight illegal deforestation in real-time. Their team strategically places recycled cell phones in rainforests that send instant notifications to rangers when it detects the sound of a chainsaw. They also share large amounts of data on the ecosystem that can help negotiate the increased protection of at-risk areas.

As it stands, there is a lack of reliable forest data that restricts the implementation of AI solutions. Luckily, Global Forest Watch (GFH), an online platform that takes millions of satellite images with the help of crowd-sourcing, is working on this. They offer a near-real-time-data to NPOs and conservation organizations by counting trees, which assists in managing forests and tracking illegal deforestation.

Deforestation also took hold in Cameroon when the construction of the highway that connects Cameroon and Nigeria resulted in substantial forest degradation. Not only did this affect the lifeblood of local communities,  but it also endangered the Cross River Gorilla species.

With the help of Big Data, the African Conservation Foundation conducted a time-series analysis of tree cover loss before, during, and after the highway’s construction. This helped them map the tree cover loss for each year from 2001 to 2014, allowing them to establish the reasons behind the deforestation in the highway’s vicinity: illegal logging and the conversion of the forest to agricultural land. This can help inform future experts as to the effects of infrastructure transport projects.

Helping to reduce the time required to analyze climate data from months to minutes is IBM’s Analytics-driven software InfoSphere Stream. The sensor networks that are installed in Brazil, Canada, Costa Rica, and Mexico churn through more than 10,000 data points per second generated by sensors measuring carbon levels, soil moisture, relative humidity, and atmospheric pressure. This helps researchers and environmentalists to predict droughts, forest fires and the assess the response of tropical forests to deforestation and climate change.

With the advancement of technology, there is hope for our planet’s rainforests. Organizations like the ones listed above are handling data on deforestation that’s captured using sensors, drones, and the Internet of Things (IoT), and then applying ML intelligence to transform it into actionable intelligence.

Ultimately, the goal is to create Green Digital Dashboards that monitor and showcase the scalable advancements in sustainable solutions. However, effort from a single person or organization is not enough to bring about real change.

What’s clear is that we need a collaborative effort where every environment enthusiast works towards the single goal of saving our planet’s rainforests. And with the help of rapidly advancing technologies like AI, we just might get there.

Ganes Kesari is a Co-founder and Head of Analytics at Gramener. Ganes advises leading enterprises on data science for business outcomes and helps NGOs adopt AI models in their conservation efforts. He is passionate about the confluence of machine learning, information design, and business value, and endeavors to simplify data science to help everyone understand its true potential. He is an industry recognized speaker on data science and is recognized as a top writer on Artificial Intelligence on Medium.