HomeTechnologyNanoweapons of macro destruction, what can the future bring?
Technology 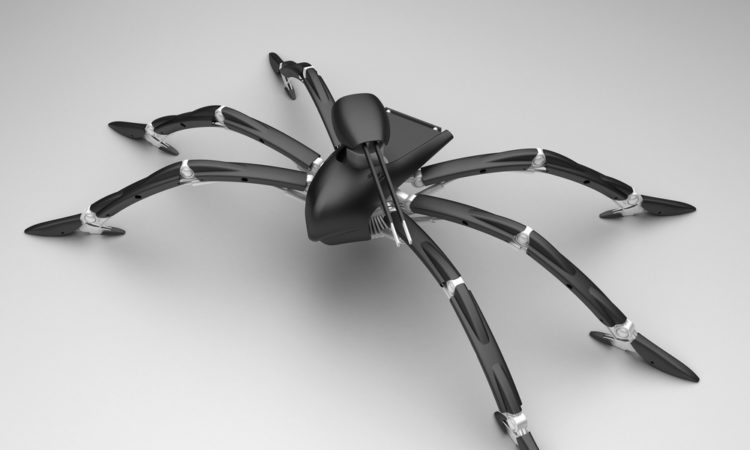 Trade is not the only aspect where the US and China are at loggerheads. Vying for military supremacy is a much more dangerous aspect of this rivalry.

US military has increased exercises in the Pacific, while China is going to uncanny lengths to build its weapon prowess. The concerns arise not just for these two nations but also for the rest of the world.

Read More: ‘Google is aiding Chinese military’ while still on Pentagon advisory board

Robotics, AI, and nanotechnology are at the forefront of weapons-building programs in these nations. While AI and robotics have received their fair share of publicity in the media, nanotechnology hasn’t been in the limelight recently.

However, developments, both inspiring and frightening, have been going on in the “small” world of nanotech.

Is the destructive side of nanotechnology being obscured from our view, so that we continue to say ‘wow’ and carry on with our lives when we catch a fleeting glimpse? After all, too much hype sometimes reveals more than is intended.

Use of nanotech in military development is not just about the bells and whistles; it can also be appalling in the kinds of inventions that are being brought out.

Jürgen Altmann, professor of experimental physics at the University of Dortmund, Germany, emphasized the need for preventive control in the form of regulatory measures taken in advance of dangerous developments in his 2004 paper, “Risks from Military Uses of Nanotechnology – The Need for Technology Assessment and Preventive Control.”

“Military exploitation of NT has barely begun, but there are strong indications it may expand rapidly, driving and in turn being driven by the technology,” he wrote at the time.

Altmann also predicted special dangers to arms control and stability from new biological weapons and microrobots. The US military is open to ideas such as, non-medical body implants and far-reaching concepts of human-body manipulation. Army workshops have mentioned concepts like ‘neuro-functional implants’, ‘biological input/output devices’, and ‘implanted miniature computers’ as early as 2001.

While some of these inventions can truly help, for example, in the case of paralyzed patients, applying them to soldiers’ bodies raises ethical questions.

Nanotech is a Multibillion Dollar Industry

Nanotechnology is manipulation of matter on an atomic, molecular, and supramolecular scale. Its potential applications are numerous, which is why governments are investing billions of dollars in nanotechnology research.

Through 2012, the US invested $3.7 billion using its National Nanotechnology Initiative while the European Union invested $1.2 billion, and Japan $750 million.

The US president’s 2019 Budget provides nearly $1.4 billion for the National Nanotechnology Initiative (NNI). This cumulatively totals almost $27 billion since the inception of the NNI in 2001.

The American Department of Defense (DoD) “views nanotechnology as an enabling technology area that should receive the highest level of corporate attention and coordination, because of the broad and interdisciplinary nature of nanotechnology.”

While it is difficult to get figures of China’s defense spending, its Beijing Institute of Technology (BIT) is pouring a lot of research into nuclear submarines with self-learning chips, microscopic robots that can invade a human body, and Star Wars-like ‘laser AK-47s’.

The smallness of nanotech gives governments a lot of freedom to infuse it in the name of national security. As The Nanoage says, “Nano is the direction of future technological progress, and military scientists and engineers have a duty to study these effects and apply what they learn to the protection of their people.”

The need for defending a nation cannot be ignored. However, defense should remain defense and not become offense. Military organizations use nanotech for concepts like clothing with greater tolerance for temperature changes, scratch resistant surfaces, stronger, thinner and cheaper glass, coatings that don’t degrade or need repainting, faster intensive medical help, and lighter and faster aircraft that use less fuel.

However, when unimaginable weapons come into play, there is a shift in the feeling of usefulness of this kind of tech.

Read More: Slaughterbots fresh out of a Black Mirror nightmare and other threats for 2018

With the help of nanotech, the DoD has developed weaponry such as compact, powerful bombs that use nanometals such as nanoaluminum to cause ultra-high burn rates and chemical explosives with a magnitude more powerful than conventional bombs.

An example is the Nanothermite or ‘super-thermite’. Other advancements in this area are superlasers to trigger small thermonuclear fusion explosions in a mixture of tritium and deuterium.

Any military technology that exploits the power of nanotechnology in the modern battlefield can be named nanoweapons. It’s not just the effectivity of these weapons that make them attractive.

A whole mini-nuke device can be made to fit into a package weighing less than a few kilograms, which would give the equivalent yield of less than a ton to hundreds of tons of high-explosives. Technically, this doesn’t make them Weapons of Mass Destruction, since the devices would utilize very less or no fissionable material, and thus will have virtually no radioactive fallout.

The fact that nanoweapons can be used to enter a body (yikes!) makes releasing highly toxic substances to the most vulnerable or desired target areas of a body very easy. It would be a bioterrorist’s dream come true. However, the same tech can be designed to deliver medicines to targeted locations in a human body.

After the invention of any useful piece of technology, the next step is often repetition, or production on a mass scale. This repetition is what is expensive, space and time consuming. With nanotech, repetition will become easy because of the sheer reduction in size.

Again, when on the favorable side, this could mean faster development of medicine and more effective logistics, on the darker side, it means faster production for destruction.

The more humankind survives and prospers, the more, it seems, we create weapons of destruction to protect ourselves from each other. And then we guard these weapons against the ‘wrong hands’ or an ‘unfortunate accident’.

Assuming that we do survive such misfortune, nations might finally graduate from their kindergarten like the thought process of ‘mine is bigger’ rivalry and open their eyes in the real world and start thinking of the long-term prosperity this tech can bring us.

Nations are yet to clear the finish line for nuclear weapons. Nanoweapons will give birth to another parallel arms race, dividing the world, once again, into those who possess this tech and those who are at their mercy.

As the founding father of nanotechnology, Eric Drexler, lays out in his book, “Engines of Creation: The Coming Era of Nanotechnology,” using nanotechnology, “they could cheaply tranquilize, lobotomize, or otherwise modify entire populations. This would simply extend an all too familiar pattern. The world already holds governments that spy, torture, and drug; advanced technology will merely extend the possibilities.”