4D printing to put 3D in the shade 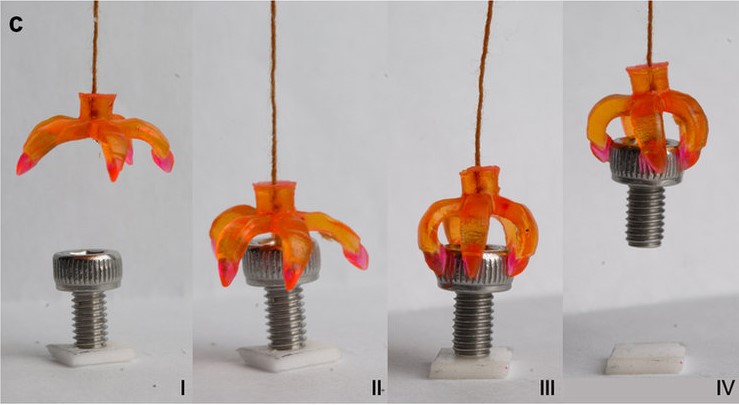 Much has been publicized about 3D printing and the revolution that it has brought in terms of material design and use.  However, a study published last week suggests that 3D printing is just a precursor and that the real revolution is being offered by 4D printing.

A team from Rutgers University published a study last week which claims that 3D printing is just the starting point.  4D printing takes matters a step further, implicating programmable materials that build themselves.

What is 4D Printing?

4D printing involves strategically positioning rigid and expandable materials next to each other within one 3D printed component.  When the expandable materials come into contact with an external stimulus such as water, they can grow up to 200% of their original volume, changing their shape and effectively re-positioning the rigid materials either side of them.  Heat or light could also be triggers which could effect a change in shape of the component.

The technology emerged in 2013 when MIT assistant professor Skylar Tibbits described the concept in a Ted talk – giving it its current moniker in the process. 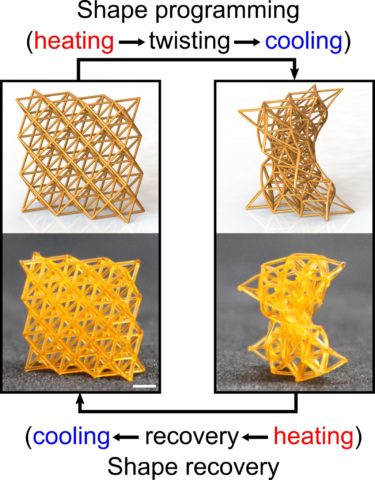 What is the difference between 3D and 4D printing?

Time is the fourth dimension. 3D and 4D printing don’t so much differ but rather, 4D printing has a basis in 3D print design and methodology.

It builds upon the basis of 3D printing but is infinitely smarter.  That intelligence is added through the integration of a means to pre-programme the ability of a material to react and transform itself given a specific stimulus e.g. temperature change, addition of water, etc. over time.

The addition of geometric code – which takes into account the angles and dimensions of the object – sets the direction and angles at which the material can bend and transform.

Gartner predicts that by 2023, 4D printing will attract investment in the region of $300 million.  According to Andrew Bolwell, Chief Disrupter at Hewlett Packard (itself a notable player in the development of this new technology), the potential of 4D printing is not to be understated:

“4D printing is a further evolution of 3D printing and is set to completely alter how we create and produce materials.”

European aerospace company Airbus has identified this potential.  The company has developed an air inlet component which adjusts itself automatically to control air flow, utilized to cool jet engines.  Whist not yet in commercial use, the 4D component has performed well during testing.  Off the back of this project, Airbus are encouraged in finding other use cases for the technology.

When it comes to new technology, the military are not slow to assess such technologies.  The U.S. army has grant-aided a number of research teams with a view towards determining functions that would be useful in a military context.  It is testing uniforms which change color depending upon the environment.

Australia-based Arc Centre of Excellence for Electromaterials Science has developed a smart valve which opens and closes based upon environmental conditions – in this instance, water temperature.  Other use cases which may be implicated by the technology include self repairing water pipes and use in biomedical devices.

It would appear that potential use cases remain exactly that at this stage.  There has been no commercial application of the technology as yet – albeit that research in the space appears to be promising.

Like with any new technology, the military is especially interested in its potential. The US Army has been researching 4D printing since at least 2013.

According to Gizmodo, “The military could flat-pack a shelter that springs into place by getting it wet, or develop bridges and temporary roads made from materials that expand to heal damage and cracks.”

The 4D printing space is at a very early formative stage; however, watch this space and you will see how military applications can easily be translated into commercial applications.

Will kitchen robots change the way we eat?