3D-printed weapons can be traced by 3D printer’s ‘fingerprints’: study 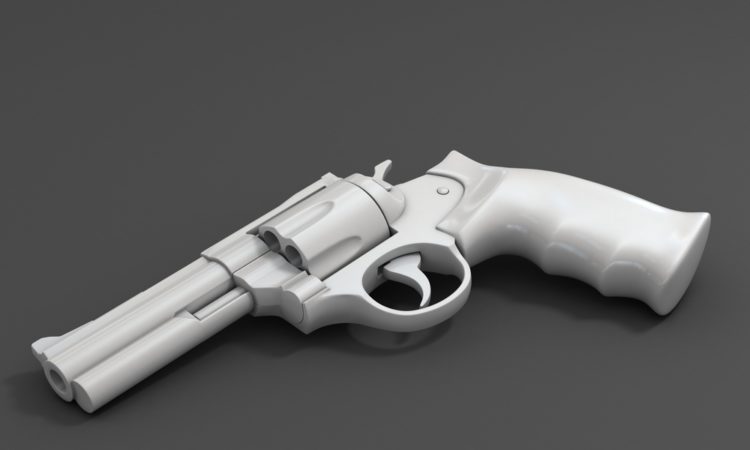 3D printers leave behind a type of “fingerprint” that can be used in tracing 3D-printed weapons through digital forensics, according to a joint-study released by university researchers in the US.

Just as ballistics analysts can match a bullet to the gun that fired it by studying the markings on the bullet, so too can analysts look to the markings on a 3D-printed gun to find which 3D printer produced it.

Researchers at SUNY University at Buﬀalo, Rutgers University, and Northeastern University Boston published a study called, “PrinTracker: Fingerprinting 3D Printers using Commodity Scanners,” which lays out and provides solutions to, the question of finding out whether a 3D printer leaves behind a trace so that the 3D-printed item could be traced back to the printer.

“We argue that 3D printers possess unique fingerprints, which arise from hardware imperfections during the manufacturing process, causing discrepancies in the line formation of printed physical objects,” the study reads.

“These variations appear repeatedly and result in unique textures that can serve as a viable fingerprint on associated 3D printed products.”

The concept of 3D-printed weapons is a controversial one when it comes to the law. Last year a man in Sydney, Australia was arrested “after he advertised one of his imitation weapons for sale for AU$1 million on a Facebook buy, swap, and sell group,” according to ZDNet. The man claimed that “he had no idea his hobby could land him in such trouble.”

According to The Guardian, “In a late June court settlement, the US allowed the designer of a software blueprint for a plastic gun, Cody Wilson, to share instruction manuals for the guns online. Defense Distributed, Wilson’s company, said it would put the instructions back online on 1 August, but because they had been posted online before, officials said more than 1,000 people had downloaded the instructions after the settlement.”

US President Trump tweeted shortly after, “I am looking into 3-D Plastic Guns being sold to the public. Already spoke to NRA, doesn’t seem to make much sense!”

I am looking into 3-D Plastic Guns being sold to the public. Already spoke to NRA, doesn’t seem to make much sense!

In order to address the challenge of traditional forensics in identifying unlawful 3D-printed products, the joint researchers presented in their study “PrinTracker, the 3D printer identification system, which can precisely trace the physical object to its source 3D printer based on its fingerprint.”

PrinTracker is shown to have a 92% accuracy rate on 14 different 3D printers that were tested.

“PrinTracker utilizes the object’s texture and extracts the associated 3D printer’s fingerprint contained inside, which acts as a traceable identifier fo rits source 3D printer. After obtaining the 3D printer ID, the forensic team can match it with the secured printers to reveal the 3D printer.”

According to Popular Mechanics, “The 3D printing method isn’t even the easiest way to build a firearm–that’s accomplished with so-called ’80 percent receivers,’” which refers to the fact that more work is needed to complete a weapon rather simply dowloading the blueprint and 3D-printing it. It requires that the parts “must be mated to bolts, barrels, trigger groups, stocks, and other necessary parts before it ever fires a bullet.”

“3D printing gun parts is the most complicated way for a criminal to get his hands on a firearm, after stealing a gun from a legal gun owner, buying a gun on the black market, and finishing an 80 percent receiver,” states Popular Mechanic.