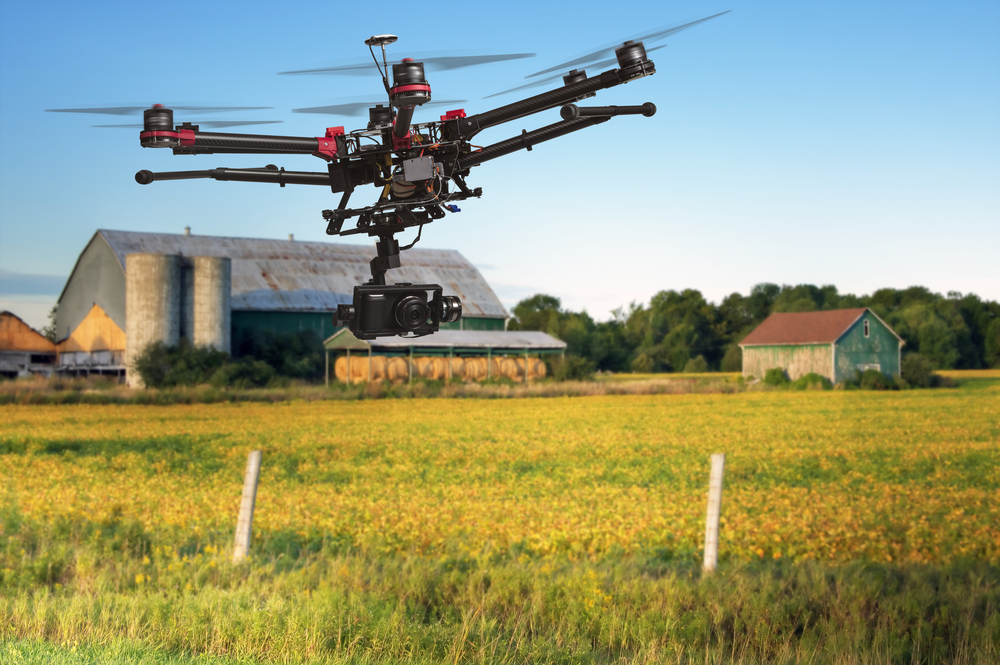 Modern consumer and professional drones are the culmination of multiple fields of technological development. The radio-controlled aircraft industry has been producing more powerful craft every year, with smaller more efficient motors and better flight precision.

Smartphone technology has given us heaps of computing power and microscopic sensors in a light package that sips power.

That’s just the tip of the iceberg, with every passing day more sophisticated technology is being built into the drone package, which means they are finding new niches in step with their expanding abilities.

How Drones are Evolving

While the hardware packed into modern drones is certainly impressive, the real innovation is happening on the software side.

Artificial intelligence technologies such as deep learning and machine vision are two of the evolving technologies that are making drones capable of doing jobs no one would have thought possible a decade ago.

Coupled with mobile processors that are ramping up the brainpower and a future of smart, adaptive drones isn’t far fetched at all.

Drones are Digitizing Our World

Since most drones are essentially just flying sensor packages, it makes sense that you can use all that data to map out the real world. Using special software, such as photogrammetry tools, it’s possible to convert all those high-quality photographs into detailed topographical maps and 3D models.

Add advanced sensing technology such as LiDAR and GPS tracking to the mix, and the high-performance computers back at the data center can really come up with some impressive stuff.

While it’s been technically possible to do this sort of mapping manually for years now, it’s not really practical for people to do it by hand. Drones can cover hundreds of square miles for very little money. With truly autonomous drones using power sources such as solar energy or fuel cells, it will be possible to send your drone on its merry way and just watch the 3D map data pour in.

The automation of agriculture has been on a steady upward trend for centuries. Mankind’s most back-breaking work has understandably attracted to labor-saving devices like tractors and combine harvesters.

Now farming with robots seems to be the next big thing, flying robots included.

The DJI Agras MG-1 is probably the most well-known example, acting as an autonomous crop-sprayer. Crop spraying drones come with several major advantages. Unlike planes or choppers, they can get right over the plants, which means less pesticide. That saves money and reduces the environmental impact.

DJI says the Agras can cover up to 10 acres in one hour, which is much faster than a human sprayer. It can negotiate irregular terrain and map out how much which locations have been treated.

Spraying crops is just one use of flying drones, with other uses such as looking for damaged fences or crop damage being rather obvious.

As with other branches of government service, law enforcement is embracing our data-driven, sensor-laden future. In many countries it’s becoming commonplace for police to wear bodycams, which provide society with more transparency about what police officers do.

At the same time, tech is also giving LEOs the edge in the fight against crime. Some of the technologies put to use are controversial. Facial recognition technology, as a prime example, has become very divisive indeed.

So flying camera drones are a natural fit when it comes to fighting crime. While there are quite a few models and variants in use around the world, few can beat the Black Hornet Nano for pure sci-fi coolness.

Then you have more general-purpose surveillance drones that act as a force multiplier for patrol duties. Obviously the use of surveillance drones feeds into the same general privacy concerns as extensive CCTV networks and AI software that tracks citizens using them.

It remains to be seen what sort of middle-ground law enforcement and society will reach on the matter.

Putting the ‘Search’ into Search and Rescue

Helicopters and planes have always been an invaluable tool when it comes to finding people in trouble. Whether lost at sea or while hiking up a mountain. The problem is that these vehicles are scarce and expensive to operate.

In the US alone, search and rescue missions in national parks cost over $3 million a year, with thousands of people finding themselves in distress. That’s just in parks and just in one country.

Using drones to look for people who are lost and in trouble just makes so much sense. Drones can get into places large aircraft can’t. They can fly at very low altitudes and are quick to deploy.

Search teams can use search and rescue drones to scout ahead and detect heat signatures in real time.

While they can’t yet do the job by themselves, they open up the capacity for search and rescue while complementing existing professionals and the work they do.

As drones get smarter, faster, smaller and stronger it stands to reason we’ll find more jobs for them. It’s not just the flying drone that’s cropping up either.

Drones that roll along the ground or swim in water are helping round out the places that these nifty machines can negotiate.

Ironically however, perfecting those drones poses a harder challenge than the flying machines we know and love. It turns out autonomy might be easier to achieve in the air than on the ground.

So, the next time you eat a carrot or hear about someone saved from the side of a mountain, it might very well have been a drone that helped to make it happen!

Sydney Butler is an experienced technology writer specializing in drones and other flying gadgets. He looks forward to the day you can buy a hoverbike, and plays around with tech on his free time. Sydney is a regular contributor to DroneGuru.net