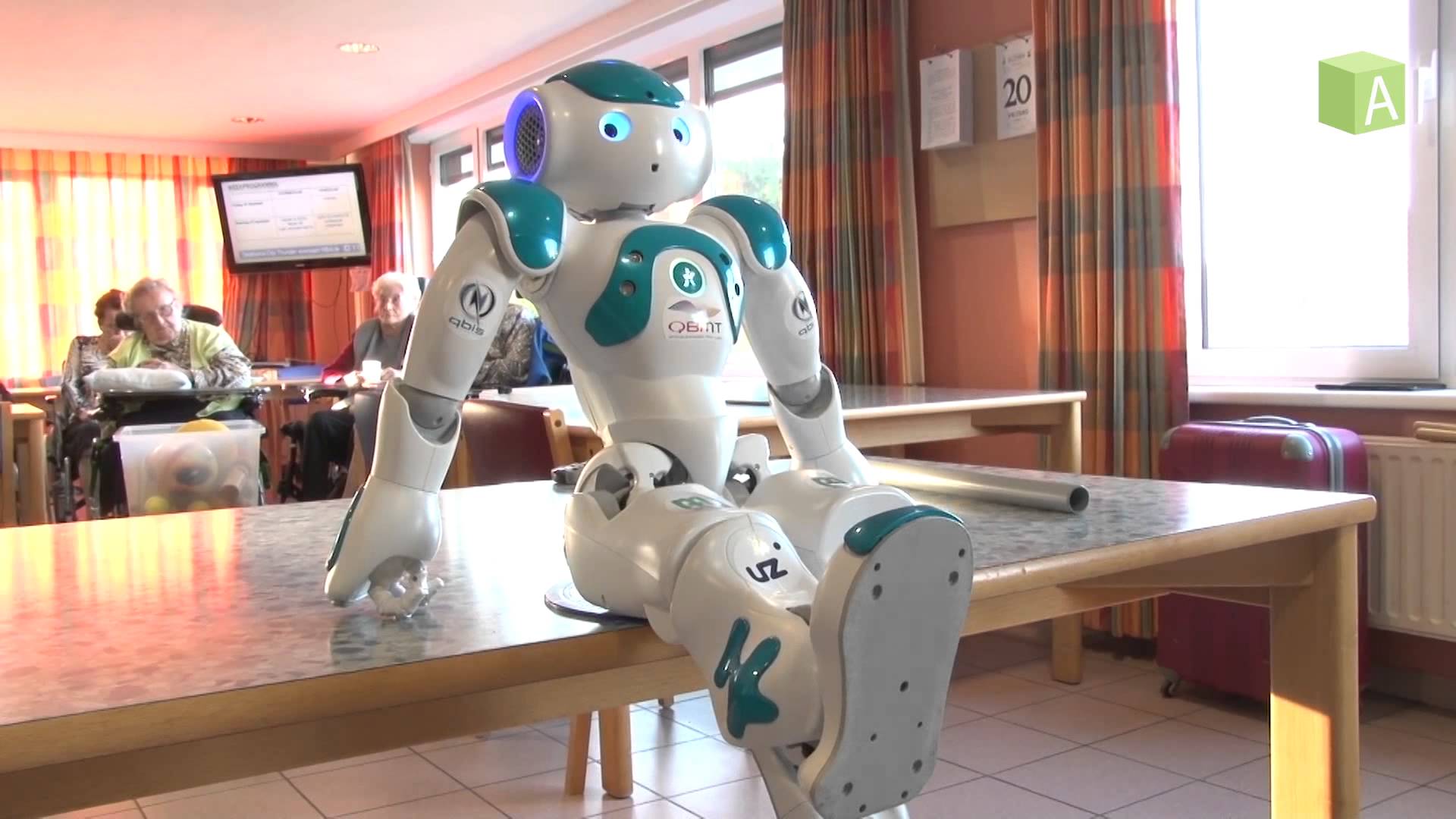 “Bots to boost your life” is highlighted as both the Belgian company’s mission and vision. Zorabots currently has three models of humanoid robots: Nao, Pepper, and Billy-Billy.

Zora Robotic’s flagship solution comes in the form of a white-colored, friendly, interactive robot that stands at just under 58 cm.

This solution is mainly aimed at two demographics, children, and elderly folks. Thanks to a bevy of audio and visual sensors, as well as a myriad of motors that allow it move in natural motion – Nao provides natural interaction scenarios that would help kids learn better, feel better in situations where they need help and even moderate gymnastics exercise sessions for the elderly.

Thanks to a smart software developed by the company’s heads, Fabrice Goffin and Tommy Deblieck – the robot speaks/listens to natural language and performs extra functionality such as scanning QR codes, playing music, while dancing to it.

Standing at 1.20 meters tall, Pepper has the world’s strongest supercomputer for a brain, that being IBM’s Watson.

While this bot is fully equipped for natural conversation capabilities, its functionalities target a completely different industry than the ones served by Zora’s Nao.

Pepper was designed with business use in mind, its conversation ability is to be customized and steered towards individual business purposes. The bot is capable of suggesting items to purchase, help customers customize their purchases, based on their previous purchases, also guides visitors around a shop to find their desired items.

Probably the strangest and least functional solution of the collection. In short, Billy-Billy is a smart flower pot.

Besides offering a hilarious resemblance to a scene from A night at the museum – this bot essentially serves as a smart sensor for the plant potted inside it, providing users with warnings in case of lack of water, or increase in temperature.

The bot is also capable of notifying its users of upcoming events and even read text messages out loud.