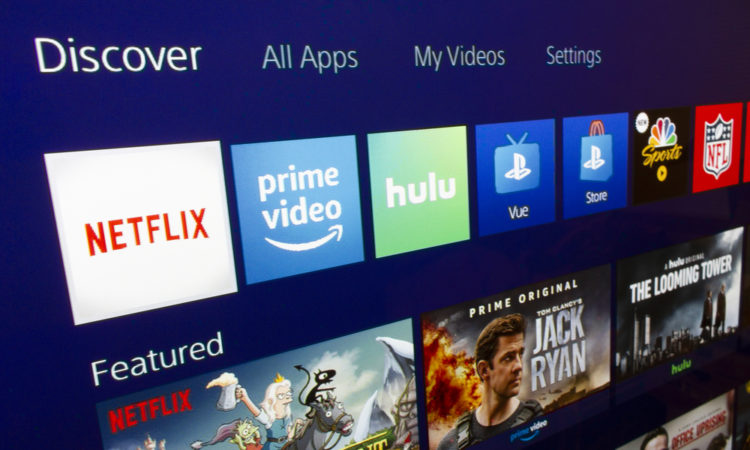 Mergers and Acquisitions (M&A) have been no stranger to the media industry over the last couple of years. Disney acquired Fox – and subsequently dropped the “Fox” brand to become 20th Century Pictures.

CBS merged with Viacom, WarnerMedia incorporated HBO, and the media powerhouse reportedly plans to invest $4 billion in HBO Max over the next three years.

The industry landscape continues to consolidate into big players that are now seeking to capitalize on the 52% of Americans that use over-the-top (OTT) services.

While some remain skeptical of the impact this M&A sweep will have on smaller filmmakers and independent content, it’s entirely possible that more opportunities for original content will arise as media giants and streaming platforms pool their resources and compete for subscribers.

The streaming wars are already well underway, with the space only set to become more competitive with the recent launch of Disney+ and incoming giants like Apple and NBCUniversal building their own platforms.

But these mergers will influence more than just new content creation.

As more and more media companies stick their fingers into the OTT pie, each player will need to innovate fast and build its technology to survive the streaming battlefield.

While cable companies are able to track TV viewership data in terms of the number of views and viewer location, the insights stop there. OTT platforms are able to gather significantly more intricate data on not just what people are watching, but how they are watching it.

Streaming platforms can get granular data on when and why people switch off at certain points and understand viewing trends across households, as different viewers use different profiles to watch content.

These insights allow OTT platforms to curate data-powered content strategies that they know will resonate with viewers. And as many of them now become acquired by media giants, or as those big players launch their own streaming services, this invaluable data is shared for all to use.

It’s important to not underestimate just how influential viewer data is on future content strategies.

In 2015, Netflix discovered from its hoards of data that documentaries were becoming increasingly popular with viewers.

Fast forward a few years, and we’re drowning in Netflix Original documentaries on controversial, sticky, and powerful topics. See: the success (or conversation-starting potential) of Making a Murderer, When They See Us, Gamechangers, and Wild Wild Country.

However, not all of the new players have access to a data backlog as rich as that of Netflix. Those that are just starting out in the streaming space (AppleTV+, NBCUniversal) have some serious catching up to do if they want to acquire the kind of viewing data they need to power successful content and marketing strategies.

However, despite Disney+ having just launched, the platform is not starting from zero when it comes to streaming data insights. It seems that Netflix inadvertently served as a testing ground for Disney over the past five years, allowing the company to analyze the consumption patterns of viewers watching Disney content.

Perhaps Disney’s access to these years of data is part of the reason why the platform is predicted to pose a serious threat to reigning champion, Netflix.

Of course, streaming data is used for more than just powering content creation. With access to detailed psychographic and demographic data on audience segments, marketers can focus on advertising content to relevant consumers.

OTT platforms can maximize their marketing and advertising budgets by using viewer data to creatively target specific segments that are in the “persuadable” bracket: Excluding both superfans who they can be sure will tune into the new season of a show, as well as those who have no chance of watching it.

Media mergers are no doubt impacting the distribution of the classics as well as the creation of original content.

As NBCUniversal plans to remove The Office from Netflix and retain it for its own streaming service, HBO GO is expanding its original offerings with quality additions such as new critically-acclaimed series Euphoria.

The debate over originals vs. library content is one that’s split along generational lines.

While older generations might place more importance on reveling in the nostalgia of their favorite 90s series, most OTT viewers (i.e. millennials and Gen Zs) want fresh, stimulating content to keep them engaged.

And with 65% of OTT viewers being made up of 18-34 year olds, giving this demographic what it wants is vital.

Original content can generate incredible results and should be a top priority for any platform wanting to survive these streaming wars. Just take a look at the success of Stranger Things, which caught the eyeballs of 40.7 million households globally with its third season earlier this year.

Creating quality content that features top Hollywood actors and producers is a top focus for other new streaming players coming onto the scene.

Apple, which launched AppleTV+ this year, has poured $2 billion into original shows, and is already reaping the return on its investment as The Morning Show, which stars Jennifer Anniston and Reese Witherspoon, created a media storm in the first week of its release.

Meanwhile, Amazon is suspected to be spending as much as $5 billion a year on Prime content, offering Originals such as crime drama Bosch and dark superhero series The Boys.

While some are concerned that consolidation in the media industry will lead to smaller, independent filmmakers being pushed out completely, there’s reason to think the opposite.

The demand for films and series made outside of the realm of Hollywood blockbusters will never falter, and streaming platforms know this.

Netflix demonstrated this commitment to independent content creators when it picked up Raising Dion, a story written by independent filmmaker and comic book creator Dennis Liu.

Despite a lack of awareness around the launch of the series, Raising Dion was soon appearing on the platform’s “Popular on Netflix” promotional row — proving there is an audience for this kind of content, whether it’s marketed to death or not.

There’s little doubt that other streaming platforms will follow suit and dabble in independent filmmaking as well as pumping out blockbuster hits.

As a more competitive landscape prompts media companies to cater for different demographic groups with their content creation, this could very well expand into a focus on children and teenagers too.

With Disney+ already boasting an extensive catalogue for younger viewers, other services are lagging behind — including Netflix. With the eyes on the prize of being the no.1 streaming choice for households across the world, we could expect to see an expansion of content catalogues to attract even the youngest of viewers.

With the consolidation of media giants comes the pooling of their resources, allowing for more investment in cutting-edge technology to power growth.

Now with more viewer data and increased resources to pour into development, the AI-driven recommendation engines of the most successful OTT services will become even more scarily accurate.

However, many of these new platforms are now competing with the likes of Netflix who has spent years training and developing its algorithm.

If newer services such as the upcoming Peacock from NBCUniversal or AppleTV+ want to catch up on this front, they will need to channel serious investment into building an algorithm that allows viewers to discover the movies and shows that they’ll love, and thus keep watching for longer.

And not only do these algorithms serve viewers the content they want to see, but their AI-driven capabilities are also crucial in gathering consumer data to inform future spending decisions.

It’s also likely that the demand for virtual reality (VR) technology will grow as consumers seek a more immersive experience. VR engages viewers in a way OTT platforms have not yet been able to do, as the viewer’s attention is completely focused on the virtual environment around them.

This presents an extra channel for streaming platforms to connect with users by offering a new and innovative way of consuming content. We can see the beginnings of this with Amazon Prime, which now has content available to view on VR headsets, as well as with Hulu, which also offers VR experiences.

However, without out-of-the-box-thinking talent to lead tech teams, streaming platforms risk falling behind. In order to stay ahead, OTT services need to invest in the very best talent for development across departments, from advertising to product engineering.

Is the Battlefield Too Full?

Such an influx of OTT platforms in light of the media M&A sweep can’t help but beg the question: How many is too many?

Any one household will only subscribe to a finite number of streaming services, no matter how much disposable income it might have.

Perceived value matters — An OTT service needs to be worth its subscription price in the eyes of the consumer, and over half of Americans surveyed in this poll said they wouldn’t spend more than $25 per month on all of their streaming services.

Each of these competing platforms needs to strike a balance between providing quality content and constantly innovating, while simultaneously offering good value and maintaining a profitable business model.

A solution for OTT platforms to reach as many households as possible is to form part of a bundle or digital partnership. By offering a free subscription for a limited period as part of the subscription to another platform, streaming services can showcase their catalogue and hook in viewers before the trial ends.

Bundles will also increase in popularity as another way for OTT services to get their foot in the doors of households without consumers having to make a separate spending decision.

This tactic is already underway with a number of services, and AT&T is even expected to bundle entertainment with its mobile service. In fact, 28% of Americans said they’re likely to subscribe to the Disney+ or the Disney+/Hulu/ESPN+ bundle.

The M&A sweep of the last two years has undoubtedly altered the shape of the media landscape today, resulting in more of the media giants trying their hand at the OTT model in a hope to capture the attention of today’s modern media consumer.

While industry consolidation is often seen through the lens of the little man as harmful to those without a slice of the pie, this sweep of mergers could very well be beneficial to both smaller content creators and consumers alike.

The fight to create quality content that attracts viewers will only result in competitive prices and improved viewing options for subscribers to choose from.

Disclosure: This story is brought to you through an ESPACIO portfolio company

Michael Hibbert is the Director of Technology, Media and Telecoms at intive US, a digital transformation firm.
view all posts

Abartys Health talks about starting-up in Puerto Rico after raising $1.45M in April