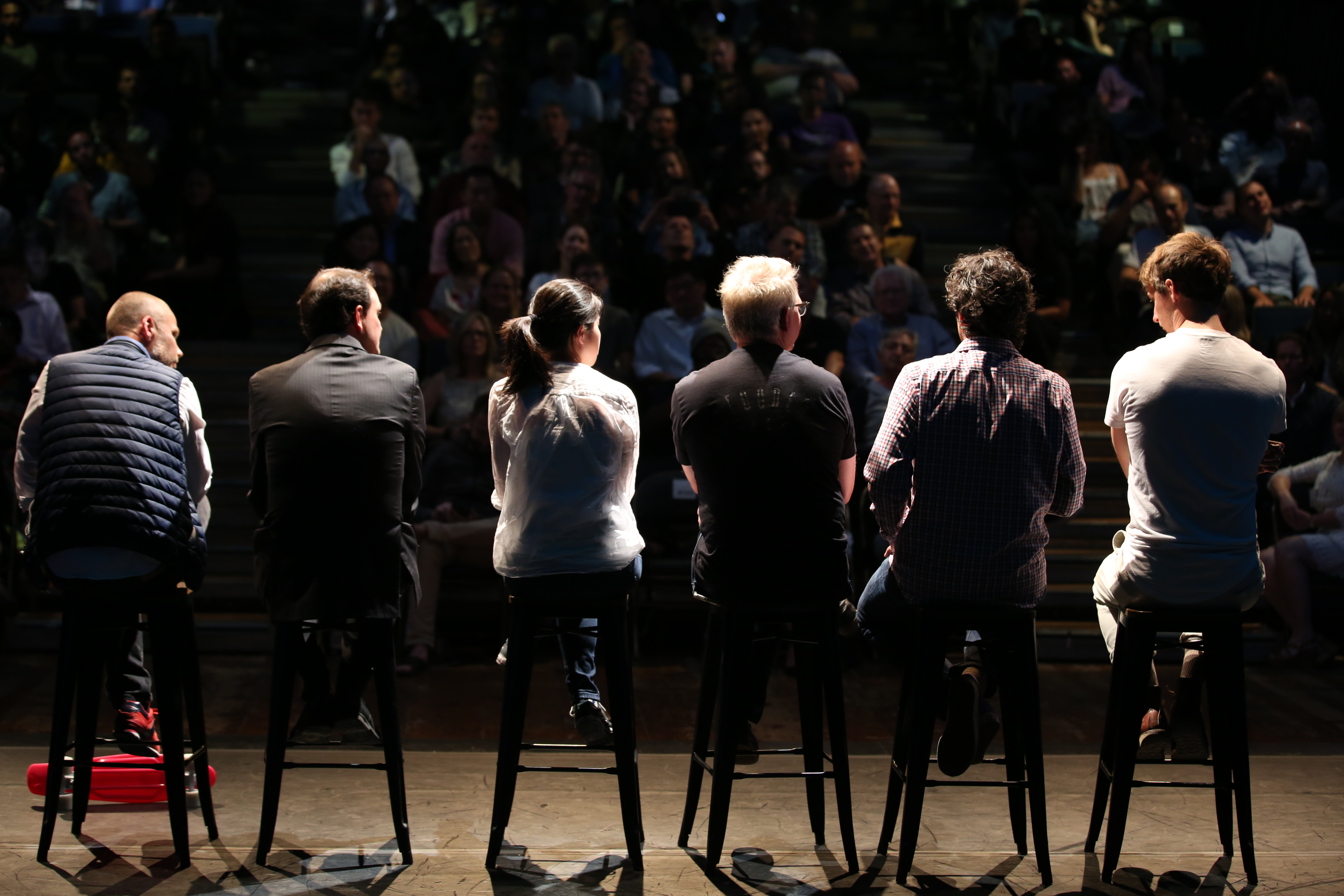 After an overwhelming response to attend the premiere of Microsoft’s Decoded Show second season, event planners had to change the venue to accommodate the sheer amount of attendees.

Organizers made a smart move in selecting San Francisco’s Z Space as the venue with its opulence and charm.

The night kicked-off with an elaborate reception filled with mingling, drinks, and energetic conversation.

Enthusiastic attendees piled in, stopping to take selfies along the way.

Speaking to a jam-packed crowd, Reddit’s first CTO Marty Weiner was in stellar form, as the Master of Ceremonies kicked-off the event.

The audience was then treated to a special screening of the Decoded Show. Check out the trailer below.

After the applause finally settled down, it was time for Q&A with the all-star panel.

The first season of DECODED featured three episodes, and in each installment where we met a new developer and heard their master recipe for building modern applications.

This season was green-lit for five episodes. Check out the rundown below.

In the season opener, John Shewchuk and Microsoft Corporate Vice President and Chief Evangelist, Steve Guggenheimer, sit down with the distinguished engineer and brilliant mind behind the Microsoft BOT framework and hear from the innovators who are building on that framework to talk about robots, coding for intelligence, the future of AI, and all things BOTS.

The second episode highlights a new set of thought leaders to the roundtable to hear about what’s new, what’s being built, and what’s in store for the future of MACHINE LEARNING. The crew hits the slopes of Snowbird Utah with the US Ski and Snowboard Team to gather and analyze some unique performance data, sits down with the visionaries who are using machine learning to optimize the Agriculture industry, and chats with the innovators who are using machine learning to change the way we understand and play the game of golf.

Episode three takes us for a sit-down with two innovative teams who are working on Microsoft’s Mixed Reality headset, Hololens. One team is transforming the world of medicine and the other is changing the way we visualize the complex industries of oil and gas. We then take a dive into gaming and virtual reality with a look at the code behind the Oculus Rift, and see what’s in store for the future of MIXED REALITY.

In the fourth episode we dive into the world of Kubernetes, Containers and Cloud computing and we sit down with the minds behind a data science initiative that is using software to transform the world’s energy supply. This includes chatting with a designer who is streamlining and modernizing container solutions to talk about what’s new and what’s in store for the future of MODERN APP DEVELOPMENT.

No! It’s not about the NBA franchise based in Portland, OR. In the fifth episode, we listen-in on a new set of thought leaders and tech trend setters to the roundtable who will share stories and lend some personal advice as they talk about their experience building some of the most successful and innovative start-up businesses today. These are the TRAILBLAZERS.