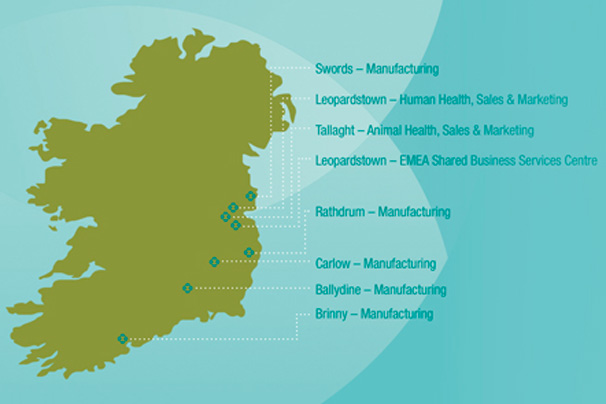 Pharmaceutical company MSD has officially opened two new facilities at their existing Brinny site near Innishannon, Cork. The two new facilities, the Brinny Bioassay Centre of Expertise and the Brinny Pneumococcal Vaccine Conjugation Facility, represent a financial investment of €28.6 million and the provision of 70 jobs.

MSD are a long established global health-care company and currently employ 2,300 people in Ireland through their operations in Carlow, Cork, Dublin, Tipperary and Wicklow.

Last September MSD announced that they would reduce the 520 strong workforce at the their Cork plant by 160 over the next three years. Today’s announcement, which is supported by IDA Ireland, is proof that cost cutting measures made by the company are being delivered effectively.

“The opening of the two new facilities here at Brinny is a tangible manifestation of the site business transformation plan we announced last year.

“As a site we are continually focused on our costs and our operational excellence. The locating of these two facilities at Brinny underlines the strategic importance of this site within the MSD global network.”

Barry O’Leary, CEO of IDA Ireland, spoke about how the IDA supported investment could be seen as a “significant vote of confidence in Ireland’s international reputation and standing as an excellent investment location”.

The two new facilities will aid MSD in the development and commercialisation of biologic medicines to improve human health worldwide.