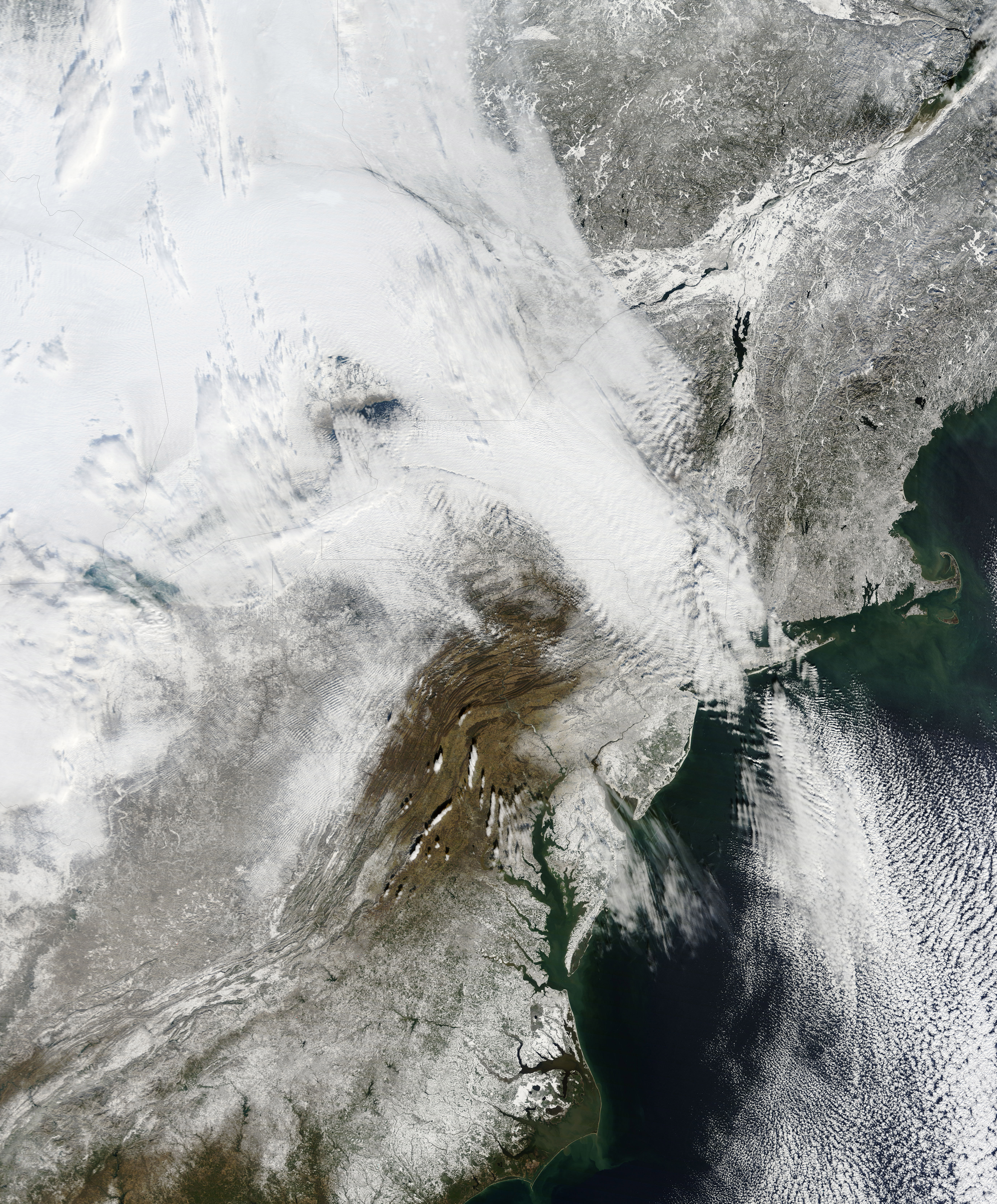 NASA has released a new high resolution satellite image of the North Eastern region of the United States covered in over 80cm of snow.

NASA has already released satellite imagery of the continent blanketed in snow. You can see the accumulation of snow in this time lapse video.

New York can be found above the darker grey area at the centre of the image.

The Moderate Resolution Imaging Spectroradiometer (MODIS) on NASAs Terra satellite captured this natural-color image of the northeastern United States and part of Canada on December 28, 2010. Snow and clouds blend rather seamlessly, but can be distinguished by their different textures. The wide swath of uniform white that extends from Michigan and Ontario toward the southeast is a cloudbank. Under clear skies, snow cover from the storm creates a mottled appearance across New England and southeastern Canada. Farther south, the snow appears to have missed much of central Pennsylvania.
NASA

The image was recorded on December 28th by NASA’s MODIS satellite.