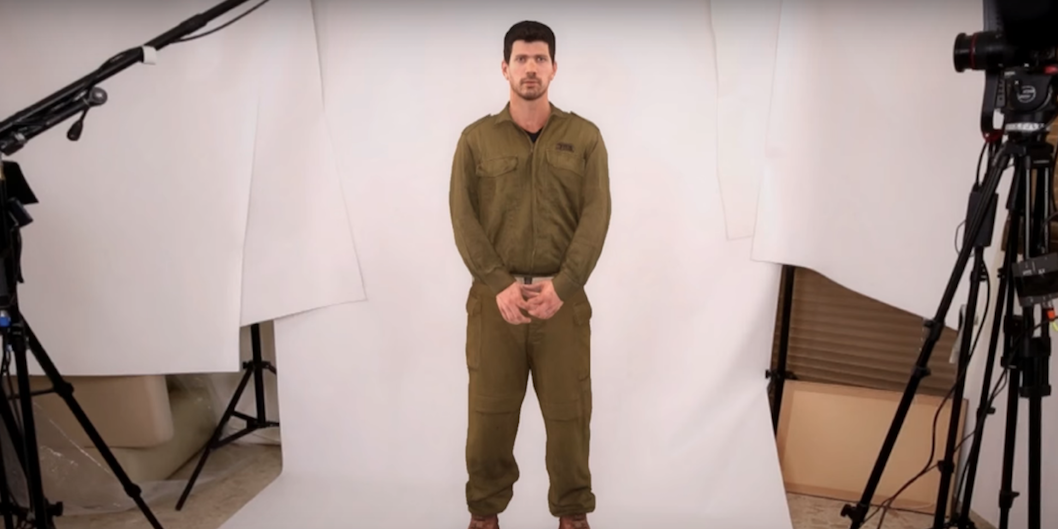 Virtual Reality isn’t a mere fad which will come and go – it is technology that will soon turn empirical experience on its head.

Though some are saying it is augmented reality that will really change the way people experience the world, the gaming industry has taken huge steps to heed the VR revolution.

And surgical procedures, travel, and watching pornography are all taking on board the technology.

But what about something more with potentially further reaching consequences?

The snapper, who has experienced the wars in Iraq and Afghanistan behind a lens, has put on an exhibition at the MIT Museum in Cambridge, Massachusetts, where attendees can immerse themselves in three major conflicts through VR.

Named “The Enemy,” the exhibition isn’t just a viewing experience – Khelifa hopes to “create peace” with the exhibition by appealing to people’s emotions.

“The Enemy is a project that breaks away from the kinds of images of war the media typically show us,” he said.

“The refusal to see an enemy’s humanity is not so much defined by the limits of empathy as by a lack of imagination—hence, one of the goals of The Enemy project is to expand moral imagination.”

The Enemy, which will run until the end of December, puts you face-to-face with people on both sides of the conflicts in the Democratic Republic of the Congo, the gang wars in El Salvador, and the ongoing troubles in Israel and Palestine.

Those involved give testimonies about their lives and experience in the hope to give the VR-user a better chance to “understand their humanity”.

“You create an enemy as a kid, without having ever met your enemy, because the society around you has created an enemy in the other,” Ben Khelifa said.

“So the question is, could I be you, if I was on the other side?”

VR has the potential to do more than appeal to our desires for entertainment or sensual pleasure.

It is hoped it can also be used to change human behaviour for the better and be the “ultimate empathy machine”.

Ben Khelifa’s project is an exciting glimpse into what the future of VR can do in this way.