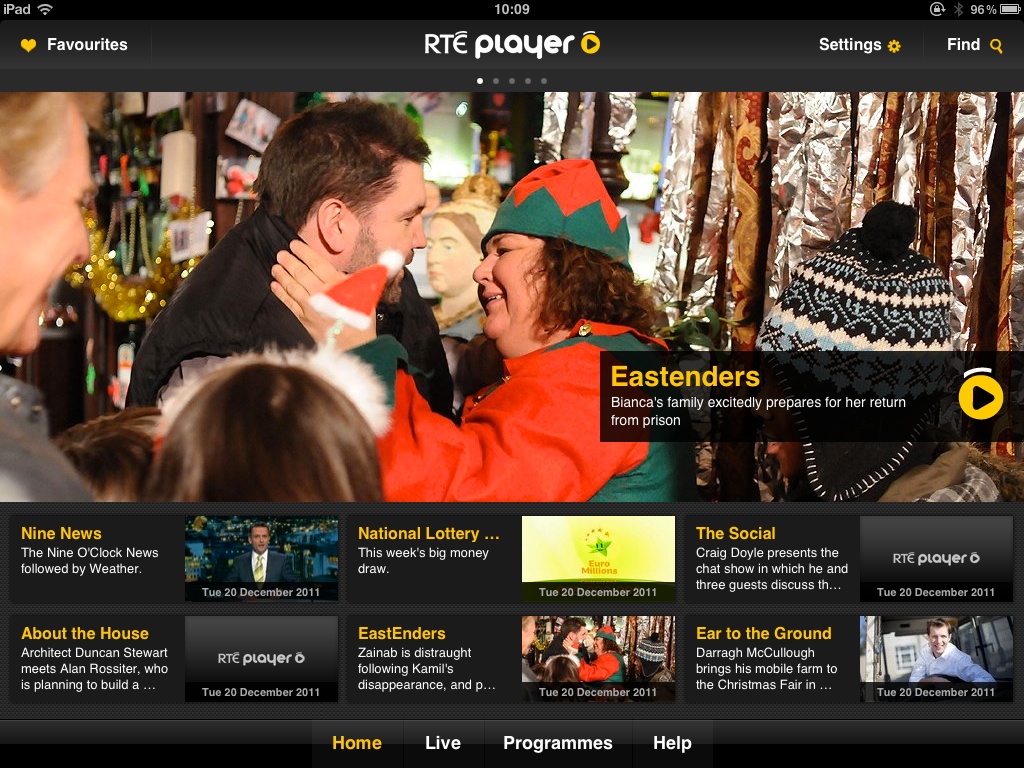 Home screen of the RTÉ Player app on the iPad
1.95Kviews

Over one million Irish adults, or 42% of the Irish online population, have used RTÉ Player, that’s according to the broadcaster. The player was made available on the iPhone, iPod and iPad in December last year and has been downloaded over 200,000 times.

According to the Commercial Director of RTÉ’s Digital division Conor Mullen, the player’s overall viewership figures and the quick uptake of such apps indicate that there is an appetite for RTÉ content on demand. Mullen also added, “The performance of RTÉ Player in January with 3.8m streams, was an all-time record, and this demonstrates the continued growth of the service.”

Mark describes himself as a witty, adorable nerd. eSports fnatic (;D), freelance writer, gaming enthusiast and content producer. This article originally appeared in clickonline.com and is syndicated with permission.
view all posts

The Sociable1 hour ago