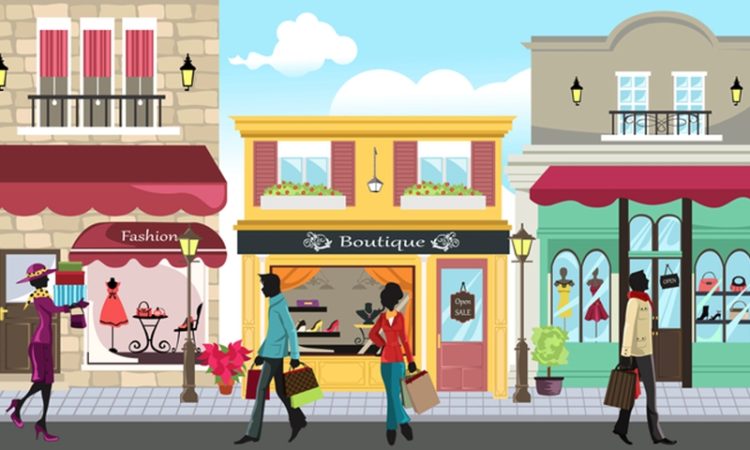 The study, conducted in the UK and published in February this year, evaluates the greenhouse gas footprints of three different options for retail channels selling “fast moving consumer goods” such as personal care and home care products, typically defined by their low prices and high purchase rate.

It divides online shopping into two categories: the first, “bricks and clicks,” also known as “click and collect,” whereby a consumer makes a purchase online but chooses to pick it up in a physical store.

The second option involves users making a purchase online, which is then distributed to the buyer via “pure players,” or parcel distribution centers. And the third, is a good old-fashioned trip to the shops.

Some online shopping methods more ecological than others

The journal’s findings show that the first “bricks and clicks” option in fact produces less greenhouse gases than traditional shopping, because it eases logistical demands on the supplier. But, when it comes to buyers who purchase online from channels that use distribution centers, their orders tend to have a higher greenhouse gas footprint than if they were to make the purchase in person.

This differs from claims outlets such as UK online supermarket shopping service Ocado have historically made, alleging that ordering groceries online can replace the journeys of up to 20 individual shoppers driving to the store to make the purchases in-person.

This is big news for the UK, whose e-commerce industry is the third largest in the world, and is worth approximately £586 billion (~$680 billion), according to the most recent figures published by Statista in 2017.

A parcel’s carbon footprint is dependent upon the number of items purchased, the site they were purchased from, whether a return or exchange was requested (especially in the case of clothes), and the density of the region where the online shopper was from.

“One must be careful not to draw general conclusions given the complexity and diversity of the retail environment and consumer shopping practices,” the study highlighted.

When evaluating traditional brick-and-mortar purchases, the study considered variables such as the mode of transport and distance travelled.

For example, according to the US Department of Transportation cited in the research, 95 percent of shopping trips are made by car. In the Netherlands, on the other hand, cars are used for just 44 percent, says data by the Netherlands Mobility Panel, also cited.

Regardless of the means by which consumers choose to make their purchase, the study also offers some general recommendations to reduce shoppers’ carbon footprints. For all retail channels, it suggests using cleaner modes of transport for distribution or pick-up, such as electric vehicles or bicycles.

For traditional shoppers, the study recommends “trip chaining,” which includes making shopping part of another, bigger, trip, such as a commute to work.

And for distribution centers, which often store different items in several locations — meaning multiple deliveries might be necessary even just for one order — it recommends they locate warehouses closer to their customers.