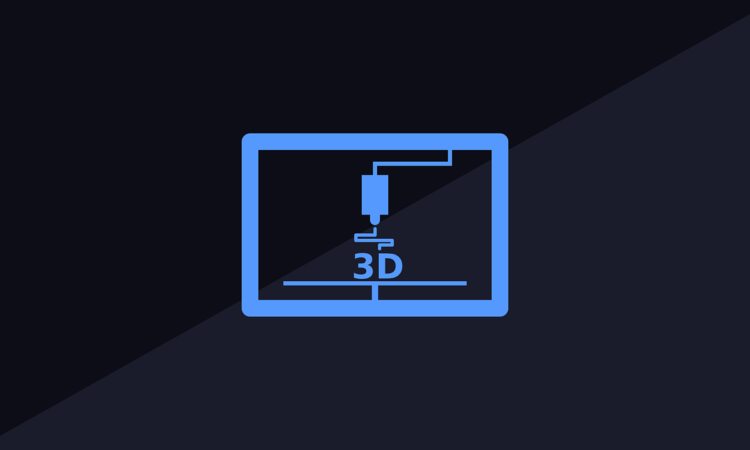 As technology continues to advance, we are so often presented with the exciting potential of blockchain and AI that it can be easy to forget other key industries which are likely to have just as big of an impact in our world, such as 3D printing. This technological marvel, the ability to 3D print almost any design at a rate faster than ever before, stands to change the world as we know it. Nothing demonstrates this better than the simple fact that a home can be constructed in 24 hours for under $4,000.

Housing isn’t the only area which will face major changes thanks to 3D printing. The next world cup is also likely to feel the impact of 3D printing, as demonstrated in a recent article by John Dogru the co-founder and CEO of 3DPrinterOS, the world’s first operating system for 3D printers, on 3dprintingindustry.com. To get a better idea of how 3D printing stands to change the world, and what 3D Printer OS is doing to accelerate this future, we reached out to Dogru.

What are you most excited to see develop from 3D printing over the next five years?

3D Printer Interoperability and Ease of use.  The current ecosystem in 3d printing is fragmented with every manufacturer creating its own unique software to operate the machine, which requires specific software to be developed every time, which is incredibly costly for manufacturers, and a dead end for interoperability.

Now imagine, with the current state of 3d printing, customers in enterprises and schools,  deploying 1000’s of 3d printers to 1000s of students and engineers, and are they really going to have to train all of them in all the different software, or have 100 technicians walking over with USB sticks and filling out excel files, and doing monthly reports?

The biggest preventative factor in mass adoption in 3d printing, is a common OS and good software, making it easy to access digital manufacturing in real-time for the masses, and this means, building a platform that works with all the manufacturers of 3d printers.  This is what the customers want, and this is the biggest bottleneck in deploying successfully 3d printing enterprise or campus-wide.

What does the Ultimaker Cura update mean for businesses that use 3D printing?

More interoperability for the industry! Cura is the most downloaded open source 3d printing slicing software in the industry, which now has direct, real-time printing capabilities via 3DPrinterOS. Whether you are using an Ultimaker, LulzBot, Makerbot or hundreds of other open-source machines, engineers now can network printers together and send jobs via Cura + 3DPrinterOS. The more engineers or students that can access each and every printer, the more value will be derived from every machine. We’ve seen 2000+ students at Duke University produce thousands of parts on just 100 machines with only 3 admins because when machines are networked together it truly allows hyper-scaling of a 3d printing program. Software is the key to unlocking the power of 3d printing in many ways, so this Ultimaker Cura update is a huge step forward.

What inspired you to create the world’s first operating system for desktop 3D Printers?

Frustration with complexity to use. I was like, what is this junk!  It doesn’t work as advertised, 3d printing reminded me of the “build your own computers” 40 years ago.  My first CPM computer my cousin made for me, before DOS and this hardware looked like a science project.  No networking, no clustering, no sharing, no easy way to reliably have a person click from the other side of the planet, and for it to reliably come out of the other machine 1000s of miles away.

In 2013 when we started the company, the 3d printing dream was big, and had big promise. We realized immediately that the hardware and software did not deliver the reality of quality, and produce repeatable prints. You could say I made the critical assumption, that 3d printers worked, but was I wrong.  We had received close to 100 3d printers in our R&D lab in Estonia, and found over 90% of them defective in being able to produce quality parts. The out of box experience was maybe a 1 out of 10, if you were lucky not to get a lemon, which unfortunately most of the desktop 3d printers were.

Personally I’ve been waiting for over 40 years to get an idea to a real object with one click. As a kid, I was hacking electronics, and buying parts from radio shack, and quickly realized with the help of my cousin doing his PHD in electrical engineering, that it was far too time consuming to build hardware, and the costs, and complexity to get a product to market was out of reach for the common man.  This is where I started to focus on software development, as I knew in the future that someday a computer would become cheap and available to the masses.

What the PC did for the information age, leveling the playing field and democratizing the ability to start an online company overnight, and compete with any big company in the world, the same is happening now with everyone being able to leverage 3d printing. We wanted to focus exclusively on the software challenges because we believe this is how everything will be made in the future, there is no questions. When you remove all the technical and ease of use barriers to allow for anyone to go from design to production globally, in zero time, the impact to society and the ability to iterate without friction, is going to unlock physical and technological creation at a scale we have never seen. We’ve seen already this future start playing out on a micro level at Duke University with thousands of students directly manufacturing their ideas in real-time and producing 1000s of parts.

What do you consider 3D Printer OS’s greatest achievement within the past 6 months?

Moving towards mass adoption. We now have the two first big name brand printers made by Dremel Bosch, and Kodak, powered by 3DPrinterOS.  We took the same approach as Apple and first tested the technology with the top universities and thought leaders in the world. To have Duke, Harvard, Yale, UTEP, Purdue, John Deere, Bosch and Kodak on board is a big validation of the process efficiencies of cloud-powered real-time 3d printing.

What is the main focus for 3D Printer OS over the next 6 months?

Working with more OEMs and driving further adoption to help the industry to build better and sell more printers by reducing their costs to get to market. Our goal is to make it easy for the customers to share machines with their entire company or student body with one click, which makes possible the instant utilization of these traditionally underutilized resources. 3DPrinterOS sells on the exponent of magnitude when packaged with OEM’s.

For 5 years we’ve received constant constructive feedback on how to make 100’s of printers easier to use from one platform, and the trouble tickets went down from thousands per month, to now only 10-20, which was quite an accomplishment for us. A great example is early on in the launch of our OS, we realized that it was important to provide reporting on the massive amount of data generating by all these connected 3d printers, and we were able to take feedback from our customers to create an admin panel and dashboard thus eliminating their need to have to keep seperate excel documents.

Our ethos it to listen and we turn around solutions in days, which take bigger companies years to execute.  This is our biggest advantage in helping our customers scale 3d printing. We focus on learning about negative feedback to ensure we can always improve and we realize ultimately it’s our customer’s referrals which will allow us to continue growing moving forward.