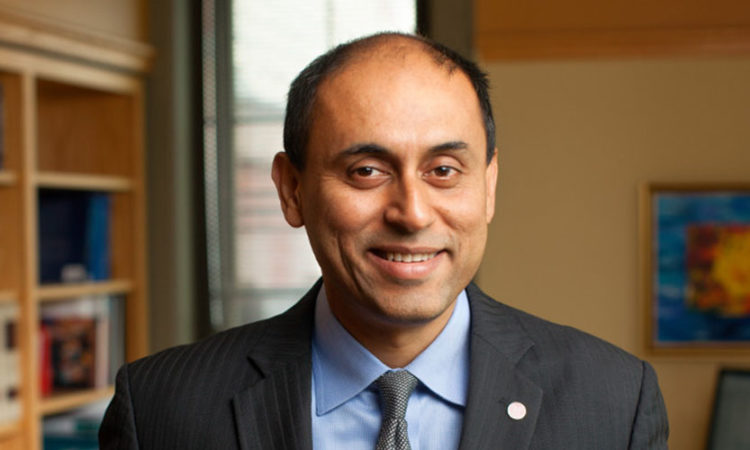 “Technology has to be combined with a strong national vision, investments in education, and a supportive business environment to enable progress,” according to Cornell Professor Soumitra Dutta.

How significant is the role of a country’s adoption of technology on the inequality of growth that it experiences?

The Rwanda government showcased its success in use of drones through the Advanced Drone Operations Toolkit (ADOT) at the 2019 World Economic Forum to all-round praise.

What started as a need for supplying blood and medicine in remote and mountainous areas of Rwanda, evolved into a drone delivery program on a national scale, branching out in its impact and scope, so that neighboring Tanzania and Ghana are also trying to adopt it.

Rwanda is now an example for how governments can extract the maximum benefit out of technology while mitigating the risks involved.

How can technology (AI, Machine learning, IoT, nanotech) and digital economy (going cashless, blockchain) in business have a positive impact on economic policymaking amongst the world’s governments?

The Sociable sought answers to these questions from Soumitra Dutta, Professor of Management at Cornell University, ahead of the Horasis Global Meeting taking place in Cascais, Portugal, from April 6-9, where he will be participating.

Dutta has chaired Board of Directors on renowned business schools such as Global Business School Network in Washington DC and Business and Technology at INSEAD.

He is also the co-editor and author of two influential reports in technology and innovation, the “Global Information Technology Report,” co-published with the World Economic Forum in 2014 and the “Global Innovation Index.”

Calling Rwanda’s initiative one of the most innovative applications of drones today, Dutta says it is commendable that the African nation has decided to invest in creating a high bandwidth digital infrastructure across the country and open up the regulatory space to allow innovative drone companies to set up operations in the country.

However, at the same time, he also warns that technology alone does not enhance competitiveness.

“Technology has to be combined with a strong national vision, investments in education, and a supportive business environment to enable progress,” Dutta told The Sociable.

Technology has already had a major impact on the development and competitiveness of many nations.

Countries like Finland, Korea, Estonia, Israel, and Singapore have improved their economies and global competitiveness over the last 30 years by leveraging the power of technology.

Countries such as China and India are making technology driven innovation a central anchor of their future development strategies.

“With the right combination, technology can unleash bursts of creativity and entrepreneurship,” he said, citing the example of Israel.

In 2018, Global Competitiveness Report’s assessment of how economies are faring in Fourth Industrial Revolution ranked Israel at 20 out of 140. Also, according to Pitchbook Research Institute, Tel Aviv University has produced 640 graduates-turned-entrepreneurs, who founded 531 companies, raising funds worth $7.91 billion from 2006 to 2018.

“We will see more examples of countries leveraging new technologies for competitiveness in the future as the possibilities enabled by technological progress also increases exponentially,” Dutta added.

“The future can be enormously exciting and enriching, but we will have to work to ensure that concerns regarding privacy, security and trust are addressed appropriately”

So, the digital economy is driving growth and innovation throughout the world, but we still don’t see equal growth among the developing countries. Despite strong progress made in Internet access over the last couple of decades, about 45% of the world’s population still remains to be connected to the Internet. The rates of access to this dis-enfranchised group is growing at a slow rate, leading to estimates that it may take more than 50 years for the entire world to be connected to the Internet.

Further, there is a growing digital divide across developed and developing economies and also across urban and rural populations in both developed and developing economies. The wealthier population segments have, in general, access to better technology, are better educated, and have access to more resources. Hence, they are able to create significant value by leveraging the potential of digital technologies.

In contrast, the less wealthy population segments either have no access to technology or have access to less efficient technology, are less educated, and have access to fewer resources. Hence, they are able to create less value by leveraging digital technologies.

“Technology is a great amplifier and this differential in value creation is creating a disparity in growth across countries, within regions in a country, and also contributing to growing inequality in many parts of the world,” Dutta envisaged.

“This can only be corrected by strong regulation and government actions that address some of the limitations faced by the less wealthy population segments, such as policies to provide equal access to technology, invest in skills, and support more inclusive innovation ecosystems,” he added.

The Future of Constant Immersion in Ambient Computing

“Children are interacting with Alexa while doing their homework, much like how they would interact with a friend”

En masse adoption of 5G is imminent as are advancements in IoT. We are moving into a world of ambient computing and living responsive services. Thanks to these two technologies, we will be in a constant state of connection with objects around us as well as with each other.

We will be living our lives constantly immersed in a state of intelligent omnipresent computing environment, where objects in our environment will be monitoring us, evaluating our needs and responding with appropriate services and options. As such, we are bound to see an impact of this technology on the world economy.

While we are not there yet, we are moving in that direction, and Dutta predicts that we may start seeing significant aspects of this trend affecting our lives within the next decade. Citing experiences of homes with intelligent home assistants like Amazon’s Alexa, he says that people are personifying Alexa.

“It is interesting to note how many refer to Alexa, a piece of hardware, as ‘she’. Already, Alexa is monitoring spoken text in the homes and responding with appropriate responses. Children are interacting with Alexa while doing their homework, much like how they would interact with a friend,” said Dutta.

With the spread of this phenomenon, obvious concerns arise around privacy, security, and trust. In Dutta’s eyes, these three aspects will be crucial in determining how we will interact with the world of intelligent, connected IoT in the future.

“With proper safeguards, there will be an explosion in innovation and the range of services that can be provided to consumers. Lack of trust and breaches in privacy and security might propagate fear amongst people, urging them to either stop interacting with intelligent IoT, or simply switching off,” he said.

An example is how many people have stopped using Alexa after discovering that the home assistant was recording and storing the conversations ‘she’ heard at homes.

“The future can be enormously exciting and enriching, but we will have to work to ensure that concerns regarding privacy, security and trust are addressed appropriately,” Dutta warned.