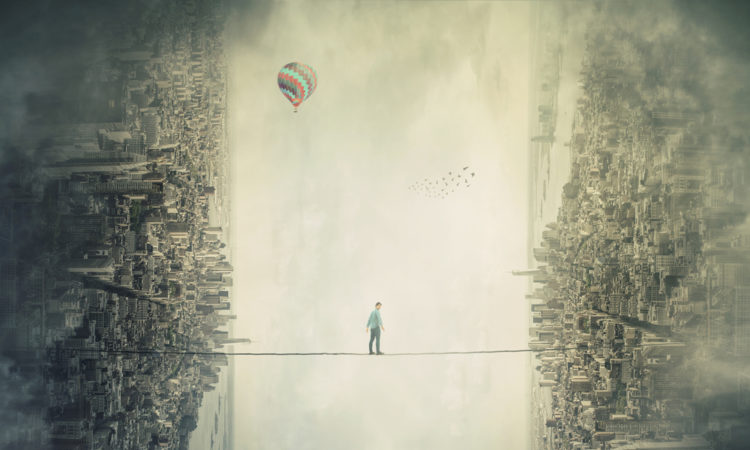 Technology’s impact on society is forging two paths simultaneously. Tech companies tell us they are taking us down the road to convenience, but the price of convenience takes you and I down another.

On the go? Can’t see too well? Don’t feel like reading? Listen to the author read this article below.

I have never owned a smartphone, yet I have been the editor of a technology news blog for four years.

I don’t shop online. I hate banner ads, sponsored posts, and algorithmic suggestions on what information I should consume, and yet I contribute to the very things I despise online.

I couldn’t care less about the latest mobile devices, their upgrades, their downgrades, whether they have a headphone jack or not.

What I care about is how will this technology affect me and in what little-known ways do tech companies benefit from my using their technology.

I take this philosophy on technology to The Sociable, and I have made it our mission to dissect the relationship between technology and society.

We may question, ‘What is technology’s impact on society?’ but to answer that, all we have to do is look in the mirror.

I live in the mountains outside of Medellin, Colombia, so I rarely visit my native United States of America, but I recently returned from a trip to where I spent my childhood — in the Adirondack mountains of New York — and what I learned from listening to my fellow Americans around the campfires has strengthened what I always intuited.

When it comes to technology, the people I spoke with only cared about how much money it would cost them and how it would make their lives more convenient.

Privacy was not a major concern among the campfire control group, whose main focus was on the price of Costco-bought rum and what songs to play next on the guitar.

I asked one of my fellow compatriots around the fire if he had ever owned a Samsung smart TV. He said he had one in his cabin.

I then asked if he was aware that the CIA and MI5 had listened-in to people’s conversations, and that they could do so even when the microphone appeared to be off, and that they even have a user’s guide that is publicly available thanks to WikiLeaks.

His answer, at midnight, after copious cups of rum, was one of outrage, but he wasn’t surprised in the least.

I think that sentiment holds true for many citizens of the world.

Of course we don’t want people spying on us, obviously without our consent, but because our technology is so convenient, we as a society are willfully giving up our privacy and freedom, and we are in an abusive relationship with the companies that provide us with their convenient technologies.

I am contributing to the problem, and I believe that we have become a type of Stockholm Syndrome Society when it comes to technology.

Facebook, for example, has abused our trust over and over again, and yet I still have an open Facebook account because that’s where my friends and family are, and because I live so far away from them, it’s the most convenient way for me to keep in contact.

I am contributing to the problem, and I believe that we have become a type of Stockholm Syndrome Society when it comes to technology.

As I write, Dr. Robert Epstein is giving a live interview on how Google’s alleged bias can manipulate voters by altering search results, yet I rely on Google for many, many things.

We may question, “What is technology’s impact on society?” but to answer that, all we have to do is look in the mirror.

What will be society’s impact on technology?