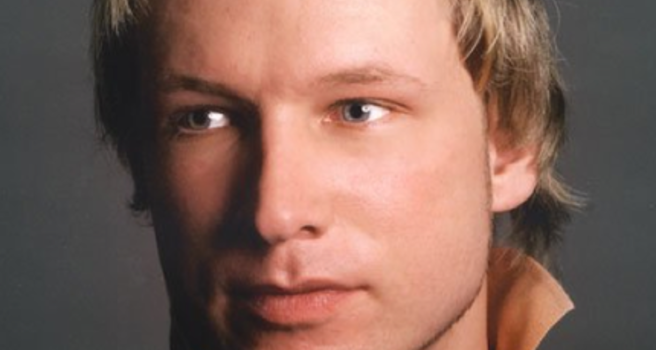 His Twitter account, @AndersBBreivik, has gained over 2057 followers since Friday [as of Sunday afternoon, July 24 ]; up from just 205 on July 18. Some of Breivik’s new followers understandably belong to news organisations, while others appear to be curious Twitter users; however, some users’ motives for following the account may be more questionable.

Since Friday the account has been added to 54 Twitter lists; again some of these belong to news organisations; such as the UK’s @channel4news and Ireland’s @Storyful; while others have used their listing of @AndersBBreivik to express their disgust.

Breivik set up his Twitter account on July 17, five days before the attacks and only published one tweet – which we won’t publish here.  This tweet has since been retweeted by over 100 people. Meanwhile, Twitter users have been reacting in disgust by @mentioning Breivik’s account – after news broke on Friday the account was mentioned in nearly 6,500 tweets on Friday alone and in 2,300 tweets on Saturday.

While the Breivik’s Twitter account has remained online, a Facebook account, purportedly belonging to him, has been removed.  Google’s cached version of the page remains online and shows an interest in Political Analysis and George Orwell’s 1984, as well as World of Warcraft, Dexter, and “Hunting.”  A Google+ account which claims to belong to Breivik is still available – although it is difficult to assertain if this was created by Breivik or another person.  The Google+ account contains no posts.

Breivik has admitted to carrying out the Oslo bombing and Utoeya Island shooting which has left at least 92 people dead and 97 injured.