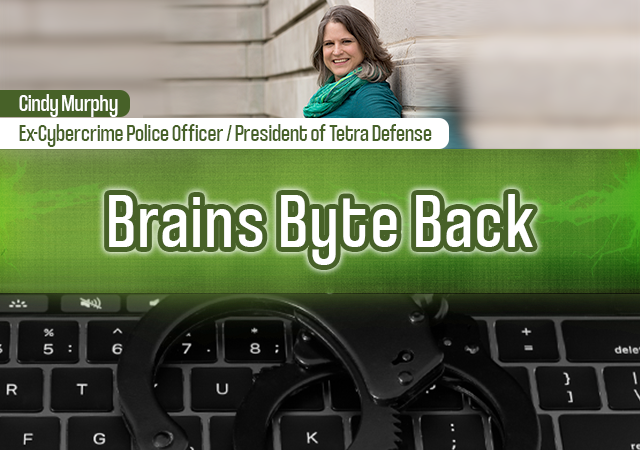 Though it is hard to imagine in today’s modern world, there was a time before computers when cybercrime wasn’t considered a threat.

To understand how cybercrime has evolved from nothing to the ubiquitous threat that it is today, we spoke with Cindy Murphy, an ex-cybercrime police officer, and the president and founder of Tetra Defense.

Brought up around computers at an early age thanks to her father, who taught her how to use DOS and file systems when she was six, Murphy had a technological advantage when it came to her peers.

This was evident in high school, she was told she must submit her essay in written form instead of a word processor as it was considered cheating and gave her an unfair advantage.

Murphy would later go on to serve 31 years in the police force helping to combat cybercrime across the US, before leaving the force with one year left until retirement.

At first, Murphy was given a very large offer to work for a private company, which she turned down. The company continued to increase the offer, and she continued to turn them down.

It wasn’t until she was invited to see what they were working on in their forensic lab that made her retire from the police force, almost immediately.

They showed her something she “thought was impossible”.