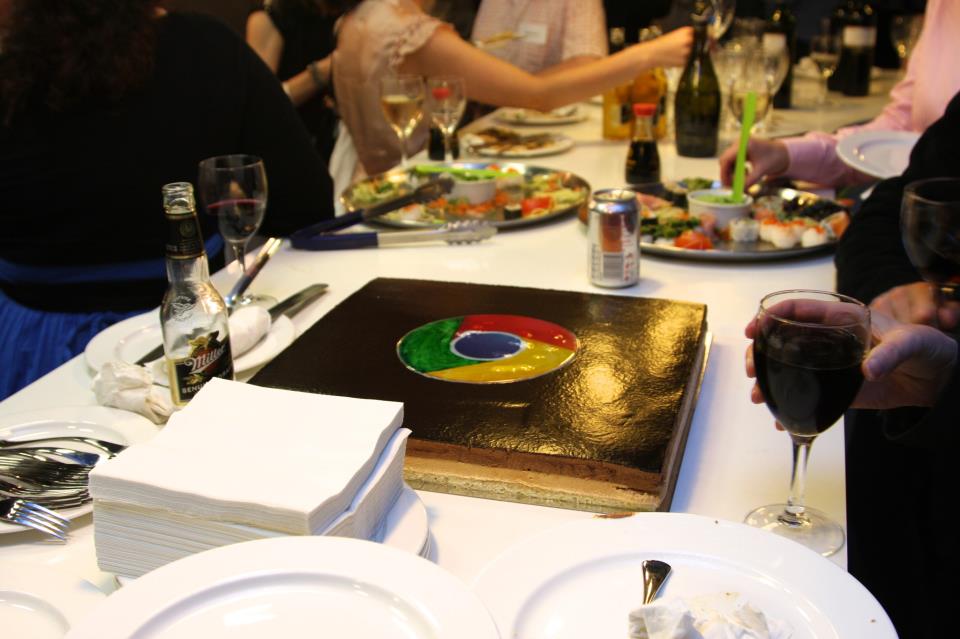 Last night we were in Google’s Dublin offices to celebrate Chrome’s third birthday.  So, the day after the night before this is what we learned 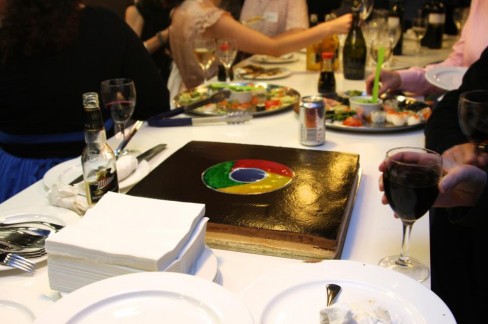 Chrome cake is almost as good as Chrome OS

Chrome has a lot to celebrate this year; since being launched in 2008 Chrome has taken over 30% of the browser market, up from 23% in January.  In fact Chrome has been the only browser to see any increase in its user-base this year. 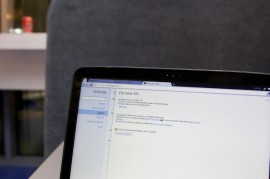 1. Google’s CHrome OS is fast
We got our hands on a Samsung Chromebook and we have to say they are as fast a Google claim (eight second boot up time).  Although they look and feel very much like PCs the subtle differences take some time to get used to.  For starters, the lack of Minimise/Maximise/Quit buttons in the top right feels strange, as does the lack of a Caps Lock key (part of Google’s efforts to get rid of angry comments online, we were told).

2.  Google has big plans for Chrome
There were no big announcements on Wednesday but Google did affirm some things we knew, or believed, about the Chrome project.  Chrome and Android developers are working together on some parts but they are definitely separate teams.  Chrome isn’t just for netbooks; the OS is open for use on other platforms, such as TVs, or within any other device that can be computerised.

3. Chrome has been good for everyone
Chrome’s growth over the past three years has been impressive and Google believes that it has driven change and brought healthy competition to the browser industry.  Speaking on Wednesday night Google’s Chrome expert Sam Dutton pointed out that the browser is the least hackable browser of the modern browsers, although security is a key area of development.

4. Google is delighted that Twitter is coming to Dublin
John Herlihy, Google’s Vice-President of Global Ad Operations, said “I was delighted to hear the news of Twitter establishing in Ireland, it is another great company in the line of innovative companies like LinkedIn, Zynga, Facebook, PayPay, and many others.  We see it as a sign of Ireland becoming the internet capital of Europe; I think it offers a tremendous opportunity for our country.” 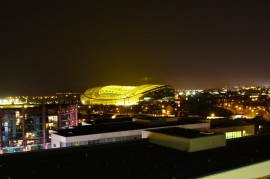 5. The view from Google’s Dublin HQ is amazing
Earlier in the year we showed you the brilliant Street View Easter Egg recorded outside Google Dublin’s offices.  Well the view from inside is just as entertaining.  From the Gasworks building Google’s staff have a full view of the city, including Dublin’s famous Poolbeg Power Station and the brand new Aviva Stadium.