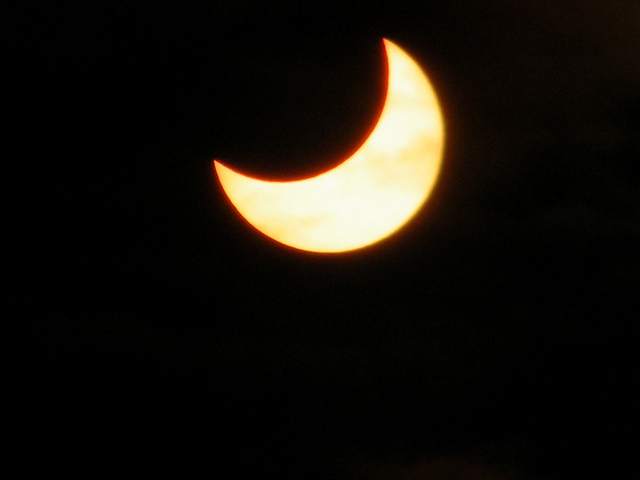 The solar eclipse which darkened the morning sky over Europe, Russia and the Middle East isn’t over yet. People in Southern Russia and Northern China have yet to see it, although over there the eclipse will appear at sunset.

You can follow the eclipse as it moves over the world thanks to NASA and Google Map’s “Interactive Eclipse Path.” The maps shows the path the eclipse has already taken as well as its continuing path over the Earth’s surface.

This map shows the path of the solar eclipse across Earth’s surface. The northern and southern path limits are blue and the central line is red. The four-way toggle arrows (upper left corner) are for navigating around the map. The zoom bar (left edge) is used to change the magnification. The three buttons (top right) turn on either a map view, a satellite view or a hybrid map/satellite view.

Videos of the partial solar eclipse as seen around the world