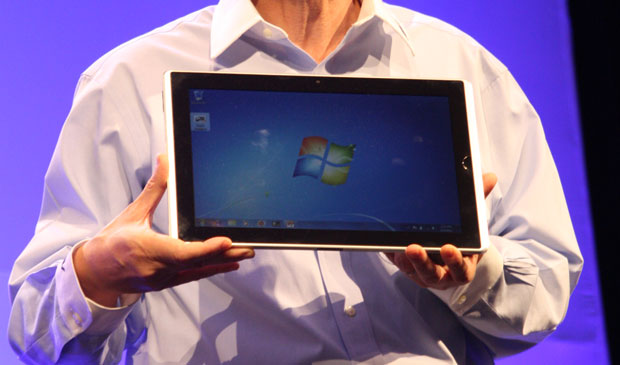 These announcements come after recent tablet device announcements from Vizio and Toshiba, with Asus generally appearing to target those seeking a nice balance between a tablet and a traditional laptop in one device.

The first announcement is the 7-inch Eee Pad MeMo. The device is powered by Android Honeycomb, is capable of 1080p video playback, and includes a stylus pen for handwritten input.

The 12.1-inch Eee Slate EP121 is described as “the most powerful tablet” and is powered by Windows 7. It has a 64GB solid-state hard-drive, 4GB of RAM, WiFi, a 2 megapixel camera, and a 1280 x 800 pixel IPS screen so viewing from virtually any angle remains uncompromised.

Lastly, the 10.1-inch Eee Pad Slider is Android powered and comes with a sliding keyboard. Inside it has an NVIDIA Tegra 2 CPU, weighs 1.98 pounds and is .66 inches thick, and includes one rear and one front-facing camera.