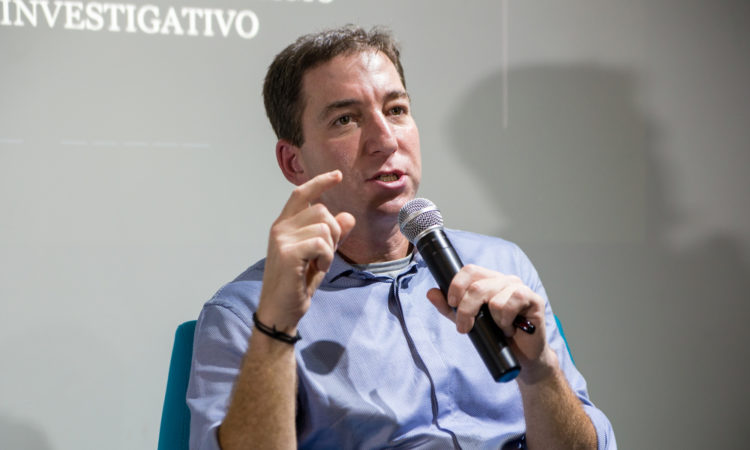 Governments are cracking down on journalists worldwide, charging them with so-called cybercrimes, but evidence suggests that the cybercrime charges are only a means to silence real journalism.

When acquitted of the cybercrime charges against him earlier this month, Brazil-based, US journalist Glenn Greenwald tweeted that the news was good, but “not good enough” for his team at the investigative news outlet The Intercept, which he founded in 2014.

About the judicial decision today in Brazil rejecting the criminal charges brought against me.

In sum: this ruling, while good, is insufficient as a protection of core press freedom. We will continue reporting and will also go to the Supreme Court for an even stronger ruling: pic.twitter.com/FQhnwM3Gvn

Greenwald had been charged with encouraging and guiding hackers who tapped the phones of Brazilian judges involved in Operation Car Wash, the biggest corruption investigation in Latin America’s recent history.

The leaks Greenwald and his team exposed revealed that top-tier judges had been collaborating against former President Lula da Silva to ensure he was sentenced for corruption and imprisoned as a result, despite a lack of evidence.

Throughout the court proceedings, Greenwald maintained his innocence, claiming he merely reported on the evidence the hackers sent to him, and was not involved in how they obtained their information.

“We will not be intimidated by these tyrannical attempts to silence journalists,” he wrote, in a statement published on The Intercept, while insisting he would continue to report on the case responsible for his criminal accusations.

Although now acquitted, Greenwald insists he will continue to fight for a clear ruling from Brazil’s Supreme Court confirming that criminal investigations against him are a violation of press freedoms which he is guaranteed by the Brazilian constitution.

However, not all journalists have experienced quite the same luck.

Democracy will not survive without the press. The continue harassment and detention of journalists is an invitation to military rule. I am sure our irresponsible politicians will not cry wolf when the monster they are creating grows and devours them. https://t.co/ftCcrFRrvh

Take, for example, the Nigerian journalist Obinna Don Norman. The owner and editor-in-chief of online news outlet The Realm News was arrested in March 2019, just before he was about to appear on air at local radio station Flo FM to discuss politics.

Norman had been charged with using cybercrimes to defame and harass the the former senator Theodore Orji of the state of Abia, southeastern Nigeria.

These alleged crimes included cyberstalking, sending defamatory messages to cause public hatred and bullying, threatening and harassing using a computer.

Speaking to the Committee to Protect Journalists (CPJ), Norman told the NGO defending press freedom that he believed the accusations were a result of his critical reporting on the state government, as well as the upcoming local government elections.

Norman has been in and out of prison since his arrest, and was later charged for a second time under a different state anti-terrorism and kidnapping law.

The CPJ and Amnesty International Nigeria are both campaigning for the charges against him to be dropped.

We call on the authorities to drop all trumped up charges against journalist Obinna Don Norman. He has suffered multiple arrests and detention for exposing corruption in Abia state.
We also call on @PoliceNG to secure the safety of Obinna Don Norman as he appears in court today.

In June 2017, Zafarullah Achakzai, a journalist from Pakistan, shared the same fate.

A reporter for the Daily Qudrat newspaper — the largest circulated Urdu newspaper in the country — he was arrested by the paramilitary Frontier Corps, who are responsible for security in the capital city of Quetta.

According to Reuters, the journalist had posted a comment on Facebook questioning why the Frontier Corps was responsible for policing Quetta, where 13 people died from a suicide bombing earlier on in the month.

As a result, Achakzai was charged with “spreading fake information” under the country’s electronic crime law, aimed at combating terrorism and preventing blasphemy.

The Daily Qudrat newspaper claims to be of “purely neutral policy.”

According to Pakistani English-language newspaper Dawn, Achakzai was acquitted of his charges in November 2019.

Perhaps the most famous incident of this kind, however, involves the poster boy for cyber crime and journalism, Julian Assange, who founded Wikileaks in 2006.

After spending four years of his career as a journalist exposing leaked information, which culminated in the publishing of confidential US Army intelligence material provided by intelligence analyst Chelsea Manning in 2010, Assange was charged with sexual assault in Sweden.

Breaching his bail, Australia-born Assange then spent seven years living in the Ecuadorian embassy in London, where he was granted political asylum.

Disputes with the Ecuadorian authorities meant he was eventually arrested in 2019, found guilty of breaching his bail and, later on, charged with espionage by the United States government for an instance of hacking involved in obtaining confidential documents.

Over the years, Assange consistently maintained his innocence, claiming that the sexual assault charges that lead him to breach his bail were a cover up to silence his journalism.

Although Swedish authorities dropped the sexual assault charges against him at late 2019, Assange currently faces 18 different charges in the US — including cybercrime — and continues to wait out his 50-week prison sentence in the UK for breaching bail.

If found guilty, he could face a further maximum of 175 years in jail, according to The Guardian.

Whether he is or not, it is clear that some governments across the world are prepared to go to great lengths to impose limits journalists’ freedom of expression.

Cybercrime provides a working excuse upon which governments are able to do this, to varying degrees of success.