Iowa’s severe results delay resulted in many people reconsidering their trust in technology in elections, as well as the people behind the tech. 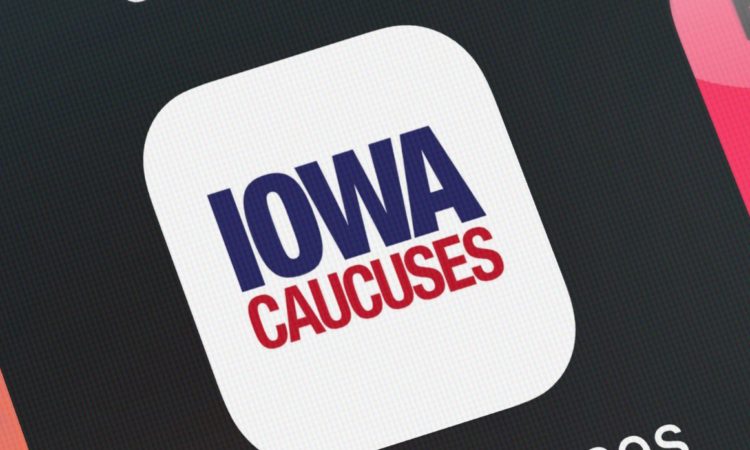 The Iowa caucus app fiasco taught us about the lack of transparency that goes into election tech and trust in the people who design, develop, and green-light vote-counting projects.

On February 3, Iowa used an app to help volunteers count votes in the Democratic primaries. After problems arose with the app, the election quickly fell into disarray.

The app, whose developers included former Hillary Clinton and Barack Obama aides, was designed by a company called Shadow Inc to help store and finalize results.

However, sloppy coding in the app prevented precinct chairs from entering data from the election results.

This severe delay in the results left a large majority of people reconsidering the level of trust placed in technology for elections, and more importantly — the people behind the tech.

Early mistrust should be explored

Speaking after the fiasco, one resident from Fertile, Iowa told ABC6 News “even though I’m quite disappointed, I’m not surprised.” Public trust in the Shadow app was therefore low even before it was used.

“Even though I’m quite disappointed, I’m not surprised”

The app was intentionally kept secret in the build-up to voting due to fears of interference. The lack of transparency was sufficient for voters to already be suspicious of the tech.

Weeks before the election, NPR reported that the unknown app had not been investigated by third parties to check for vulnerabilities. No-one followed up with these concerns and the app was deployed on the day of the vote.

In the wake of the chaos, The News York Times reported that the app was hurriedly developed in a two-month period and was not tested at a state-wide level.

The combination of pre-existing doubts, poor app testing, and perhaps an assumption of Shadow Inc’s capacity to work in politics, have all been detrimental to how tech is trusted in elections.

If Shadow Inc had the same level of caution that the Iowan public and the press had, the app may have been more thoroughly checked.

Trust in the electorate morale

Historically, Iowa has been the first state in the USA to hold elections and deliver results for the primaries: a source of pride for many people. Naturally, the state receives a lot of press attention during the Democratic and Republican caucus vote.

Its first-in-the-nation title, therefore, meant Iowa’s decision to use the Shadow app came with greater pressure to showcase the use of electronic devices in elections.

Rosemary Schwartz, who worked with the Benton County Democrats on 3 February, told Vinton Newspapers that what happened this year will contribute to the effort to eliminate caucuses altogether.

“No doubt other states are jealous of the attention we receive. I do not know if we will retain our first-in-the-nation status for the future,” Schwartz stated.

With so much media attention, Iowa’s app fiasco not only embarrassed the Democratic Party on a global scale, but equally saw the state of Iowa losing its prestige.

As Schwartz declared, “Unfortunately what happened this year will contribute to the effort to eliminate caucuses altogether and take away our status.”

Mistrust can lead to misinformation

A lie can spread halfway around the world before the truth can finish putting on its boots.

Following the vote, people took to Twitter accusing Democratic candidate Pete Buttigieg of orchestrating the app’s malfunction so as to declare himself interim winner.

Unsurprisingly, Republicans were quick to highlight the incompetence of Democrats.

Similarly, accusations surfaced that Buttigieg’s campaign had funded the Iowa caucus app, but this is where misinformation about one thing spreads while the truth is buried in the details.

There is no proof that Buittigieg’s campaign paid specifically for the development of the app developed by Shadow, but Federal Election Commission filings do show that his campaign did pay tens of thousands of dollars to Shadow Inc.

Buttigieg’s campaign “Pete for America Inc” paid Shadow Inc $42,500 for software rights and subscriptions, and frankly, many members of the Democratic Party paid Shadow Inc for various services, including the Biden ($1,225) and Gillibrand ($37,400) campaigns, according to filings found on the Federal Election Commission portal.

The rumor that Buttigieg funded the app directly, nonetheless, exacerbated an electorate already suspicious of conflicts of interest.

Editor’s Note: While other media outlets have produced screenshots from earlier this month showing two payments of $21,250 each from Pete for America, Inc to Shadow Inc, totaling $42,500 in July, 2019, The Sociable could only verify 1 payment of $21,250 on the FEC website at the time of publishing.

At a state level, the chaos resulted in Troy Price, Iowa Democratic Party Chairman, resigning a week after caucus night. Even after profuse apologies for the system-wide failure, calls for Price to step down surfaced for failing to react to early complaints that Shadow app wasn’t functioning.

On the national scale, there were also calls for Tom Perez, Chair of the Democratic National Committee, to step down.

I’ll be glad to see Tom Perez step down from the @DNC.

After a clusterfuck of an election in a state the DNC had a year to prepare for, that was preceded by the DNC changing the rules for a billionaire to buy his way into the race, the man has lost the respect of millions.

Trust in the paper trail

Recent research from the University of Michigan highlighted the potential risks associated with using electronic devices like apps, phones, and ballot-marking machines in elections. It advocates that paper ballots will ultimately always be the better option.

But again, it’s the people behind the tech — whether it be electronic or paper and pen — that need to be trusted to do the counting.

“Paper ballots will ultimately always be the better option”

Ironically, it was paper votes that saved the day in Iowa. Volunteers turned to the paper trail to count ballot votes after the app broke. Many residents have since asked why the app was necessary at all, if the paper ballots proved most reliable. 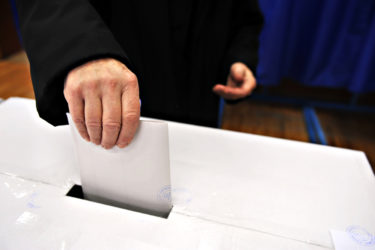 Elsewhere, days after the Iowa fiasco, New Hampshire announced it would not be repeating the same mistakes in its Democratic primary. In fact, David Scanlan, New Hampshire Deputy Secretary of State, even remarked that modems and external ports had been disabled for the vote.

With the embarrassing memory of Iowa’s Democratic caucus still fresh, the use of apps in upcoming elections will have to fight hard to ever be a wholly trusted channel of democracy.