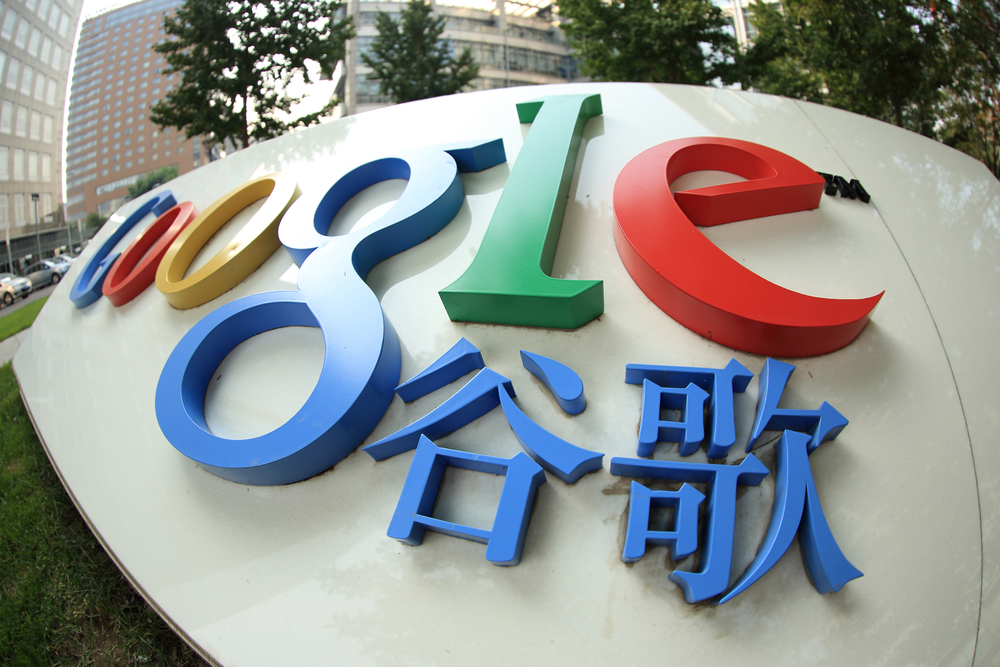 What’s the difference between Google and China? One is accused of intellectual property theft while the other has created an Orwellian surveillance program.

Jokes aside, I see many similarities between the behaviors of the company and the country and how they operate, allegedly and otherwise.

Here I put together a thought exercise in how the company Google may behave similarly to the Communist Party of China with respect to what both entities actually do with the technologies they develop.

So, can a tech company behave like an authoritarian government?

Let’s start with the accusations of intellectual property theft and work our way towards spying and surveillance programs, biological data collection, and past relationships between Google and China.

“The Internet Accountability Project, launched in September by a collection of conservatives concerned about big tech companies’ power, weighed in because of what the group argues is a pattern of Google stealing intellectual property.” Via @margarethmcgill

Wherever you stand on the Google vs. Oracle debate, Forbes contributor Scott Cleland already laid out eight distinct patterns of intellectual property theft on the part of Google, and that was back in 2012!

“It is sad that the evidence indicates systematic theft is an integral element of Google’s competitive business strategy,” Cleland concluded at the time.

This year; however, David Hogberg of The Federalist wrote, “Google has long abused intellectual property protections and thus far managed to skirt any severe negative repercussions for it. But the tech giant may soon be held responsible for its borderline illegal behavior.”

Why is it that Google is under investigation by the Department of Justice and at least 50 attorneys general for alleged antitrust violations?

Accusations of intellectual property theft is the first overlap between company and country.

China’s new 500-megapixel ‘super camera’ can instantly recognize you in a crowd https://t.co/Zs0dJAYmJt

You might say that the connection between Google and Communist China ends with intellectual property theft accusations, but take a look at what both the company and the country are actually doing with their technologies.

In China, the Communist Party has turned the country into a surveillance state using the most sophisticated technology for recognizing, tracking, policing, interring, and censoring any and all dissidents.

Google, on the other hand, is now being sued by the state of New Mexico for allegedly spying on children — tracking their data without parental consent — in what could be a violation of the Children’s Online Privacy Protection Act, according to Forbes.

The lawsuit filed in U.S. District Court in Albuquerque claims Google is using its education services package that is marketed to school districts, teachers and parents as a way to spy on children and their families. https://t.co/u0fUbKAFEf

Still not convinced? Let’s move on to biological data collecting.

For this argument, I’ll start with a quote from historian Yuval Harari, “We are no longer mysterious souls; we are hackable humans.”

Once you understand that humans can be hacked, and all it takes to hack a human is to have biological data and a whole lot of computing power, then you can begin to realize why Google’s foray into biological data collecting as part of its plans to “disrupt” healthcare is a questionable motive.

watching @harari_yuval‘s talk in Davos this week, struck by this quote:

“we are no longer mysterious souls; we are now hackable animals”

If something, or someone, can be hacked, it can also be manipulated, controlled, or reprogrammed.

There are reasons why DNA-collecting genealogy companies like 23andMe are seeing a drop in clientele — people don’t trust them anymore — especially after it was revealed that these companies were selling their clients’ genetic data to big pharma, which created new drugs based on that data.

Getting back to Google and China, I see stark parallels on the importance of biological data collection between the two.

Why does Google need to have access to the medical records of millions of Americans?

Why did Google’s Project Nightingale secretly work with 2,600 medical facilities in 21 states, giving at least 150 Google employees access to the personal health data of “tens of millions of patients?”

As Harari says, “Those who control the data, control the future of humanity and life itself.”

In China, the Communist Party is phenotyping the DNA of its own citizens, and it is using that data to profile an entire ethnic group — the Uighurs — of which over a million have been rounded-up and put into “re-education” camps.

“Chinese researchers are using blood taken from Uighurs to try to work out how to use a DNA sample to re-create an image of a person’s face,” to quote MIT Technology Review.

DNA phenotyping “analyzes the genes associated with traits like ancestry, skin color, and eye color to make predictions about what the sample donor may look like, with varying degrees of certainty.”

“Ethicists fear that China will use DNA phenotyping as yet another tool in its crackdown on Uighurs.”

Both Google and China have massive data collection programs and both are very much interested in access to biological data.

China uses biological data to profile its citizens as part of a police state.

What does Google do with the biological data it collects?

Who benefits the most from this type of data collection?

Ask yourself, does Google have a clean track record when it comes to transparency? Would the tech giant ever behave like the Chinese Communist Party? Has Google ever been accused of hiding something from the public?

Dunford said later, “If a US company does business in China, they will automatically be required to have a cell of the Communist Party. That is going to lead to [that company’s] intellectual property going to the Chinese military.”

Google’s history of alleged ethics violations concerning work in China also include that of attempting to build a censored version of the search engine in China named Project Dragonfly, which would have reportedly limited free speech while supporting an oppressive government.

“Google’s directors must urgently take heed of calls from employees and tens of thousands of global citizens demanding that they immediately halt project Dragonfly. If they don’t, Google risks irreversible damage to its reputation.” https://t.co/6rmEW7RzGa

When Google’s current CEO Sundar Pichai testified before Congress last year, he said that there were no plans to launch a censored search engine in China.

However, a report coming out of The Intercept painted a concerning picture from Google employees that Google may still be developing Project Dragonfly in some form or another.

“Google employees have carried out their own investigation into the company’s plan to launch a censored search engine for China and say they are concerned that development of the project remains ongoing,” according to The Intercept.

What’s the difference between Google and China?

One claims to “serve the people” while the other says to “do the right thing.”

By their fruits, you shall know them.