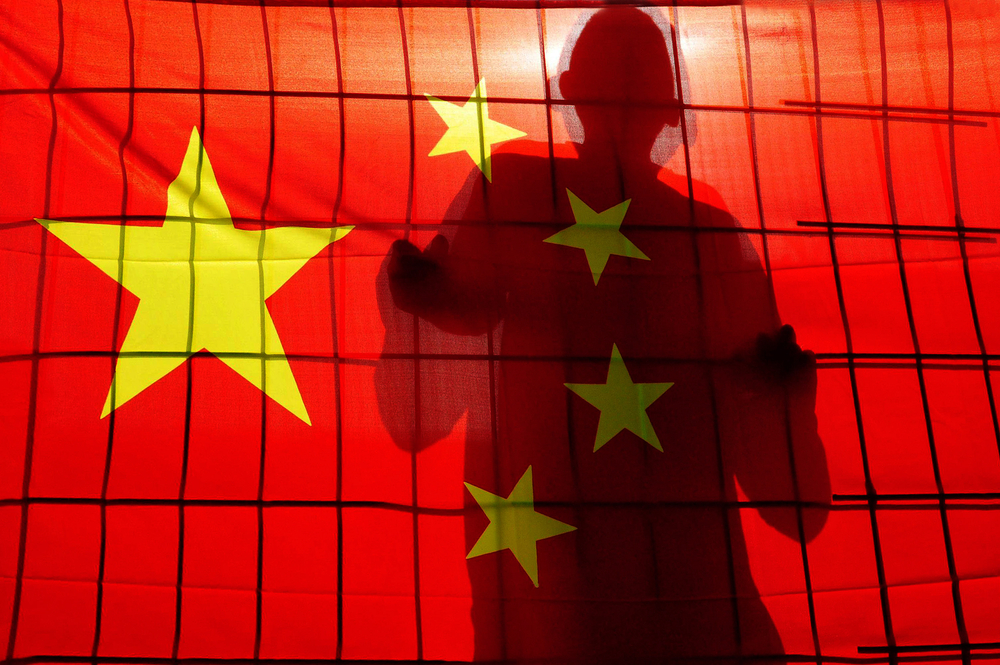 China’s abuse of technology in the State-sponsored persecution of Uighurs demonstrates what the Communist regime is capable of unleashing against the West.

China is attempting to export its global surveillance state along with its aggressive espionage war. https://t.co/ZdCBuzH2vf

China’s abuse of advanced technology against its own people represents everything that can go wrong in the relationship between tech and society.

“An Orwellian system of mass surveillance and ‘predictive policing’”

Forced facial scanning of all citizens registering mobile phones, DNA phenotyping to profile an entire ethnic population for identification and detention, predictive policing by algorithm, massive surveillance, and censorship  are just some of the many abuses Communist China is perpetrating against its own people, according to media reports old and new.

Every single one of these technologies can be used for good, and they are being used for good in other parts of the world — from facial recognition for finding missing people and catching criminals to predictive algorithms that can help humanity create a better world.

China; on the other hand, is building “technologies used for hunting people,” according to University of Windsor adjunct assistant professor Mark Munsterhjelm via the New York Times.

She added that leaked, classified Chinese government documents verified by linguists and counterintelligence officials revealed an “Orwellian system of mass surveillance and ‘predictive policing’” in the province of Xinjiang.

While this technologically dystopian madness is going on, anyone caught criticizing the government on social platforms face censorship or worse.

When a 17-year-old Muslim, American teenager posted a video that went viral on TikTok for calling out China’s “holocaust” and “concentration camps,” her account was temporarily suspended before public outcry.

The news broke just as a TikTok executive was telling CNBC, “We don’t remove content based on sensitivities around China or other governments.”

Meanwhile, pro-Democracy protests in Hong Kong have forced the Chinese government to play its totalitarian hand by ordering “media to delete any video related to the Hong Kong protests.”

China discredits the protests “as violent events incited by foreign elements eager to undermine Hong Kong and destroy China’s ‘one country, two systems’ policy, which was meant to ensure Hong Kong’s position as a global financial center by guaranteeing the right to freedom of speech and the right to protest,” according to the LA Times.

First, they came for the Uighurs

China’s Muslim Uighurs face systematic oppression from their own government. An estimated one million of them are detained in camps https://t.co/0nlJEQLSxe pic.twitter.com/uzUfi5Y6kZ

Once people belonging to the ethnic minority are rounded-up through predictive policing and other means, they are then sent to the camps, which have many epithets including, “concentration camps,” “detention centers,” “reeducation camps,” and “prison camps,” among others.

While all this abuse of technology is reportedly taking place within the borders of China, reports from the intelligence and defense communities suggest that the Communist government is actively seeking to weaponize these technologies abroad to change the course of geopolitics.

It appears that China is testing this technology out first on its own citizens, and every indication points towards international expansion, which it is happening now!

According to testimony in a recent Senate hearing, China is building a massive database on the vulnerabilities of hundreds of millions of Americans through the State-sponsored hacking of American institutions and infiltration of American universities and research centers.

“If your child uses TikTok, there’s a chance the Chinese Communist Party knows where they are, what they look like, what their voices sound like, and what they’re watching. That’s a feature TikTok doesn’t advertise.” Joshua Hawley, U.S. Senator https://t.co/TJ29VsIUT8

And Senator Josh Hawley has been slamming TikTok, who’s parent company ByteDance is based in Beijing, as a national security threat to the United States because of what the Chinese government can do with all the data collected by Americans recording themselves on the popular video app.

What better way to train your facial recognition systems to profile ethnic groups outside your own country than to simply let Americans record videos of themselves and use that data?

Add to that the fact that “China has more data on the genetic sequencing of the US population than the United States has on its own population,” and you can see how the Communist regime could be gathering the same type of data on Americans as it does on the Uighurs.

How China Responds to Accusations

For the sake of being balanced, here we shall share China’s counterarguments to the charges of massive abuse listed above (see State-owned China Global Television Network documentary on terrorism in Xinjiang above).

First, they came for the Uighurs. Now, it looks as though they are coming for the West. The abuse of technology is plain to see from multiple sources.

At The Sociable, we look to inform, so that anyone who reads our content can empower themselves with the knowledge they seek.

Trust in yourself. Avoid echo chambers. Take everything with a grain of salt. Do your own research, and discern all truths, wherever they may lie.