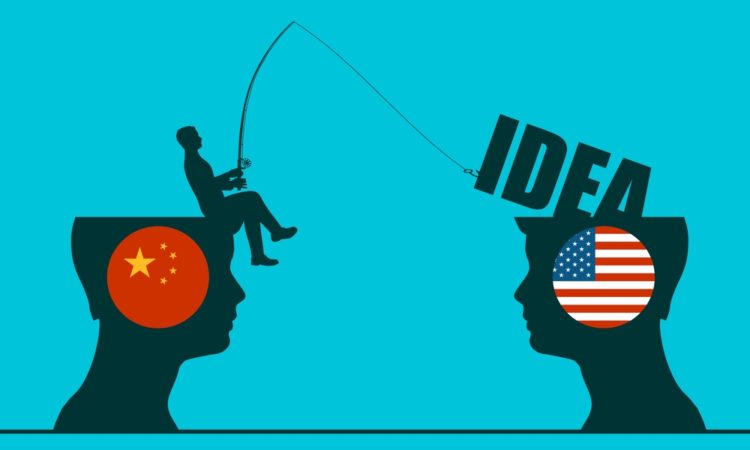 As China continues to steal American technology, here we show the ways in which the Communist government rips off the US, including a timeline of recent events.

When the Pentagon appointed its first director for protecting critical technology, he was given one simple instruction to stop China from exfiltrating US tech, “Be bold, break glass, don’t accept the status quo.”

‘China Has Database on Vulnerabilities of Millions of Americans’ https://t.co/Exoim4xiyp

It is not usual for the Pentagon to operate in such a way that is reminiscent of Facebook’s old slogan, “move fast and break things.”

But when it comes to American technology being siphoned off to China, the Pentagon is taking the gloves off.

“We tend to be more measured, but I have a time-limited task force. I don’t have time to go slow and steady. And neither does our nation when it comes to losing our critical technology to China,” said Maj. Gen. Thomas E. Murphy, director of the Protecting Critical Technology Task Force, in a statement.

“We need everyone in this business to smarten up”

November was a tumultuous month for US/China relations, especially with regards to tech. Here is a brief timeline of events that occurred last month:

NEW: While a TikTok exec was on-air at CNBC refuting allegations of censorship, the Washington Post ran a story about a user in the U.S. who was locked out of her account after her post criticizing China went viral.https://t.co/skhF0RcYo2

Now as we enter December we are already seeing that China is expanding its use of facial recognition software with “regulations that require Chinese telecom carriers to scan the faces of users registering new mobile phone services,” according to Reuters.

China’s Communist regime has a horrendous history of human rights abuses, and today we are seeing these abuses continue from Hong Kong to Xinjiang.

The abuses, while human in origin and nature, are all powered by technology — a lot of which was stolen from the US and used for nefarious purposes.

This includes the cover ups of abuse through censorship, which is also spreading to the US as evidenced by the actions of TikTok.

General Murphy said that “We are in a fight every day with our strategic competitors on our university campuses, in our businesses, in cyberspace. And the prize is military technological advantage.

“We need everyone in this business to smarten up and to have a shared belief of the threat, and a sense of urgency to correct the path that we are currently on.”