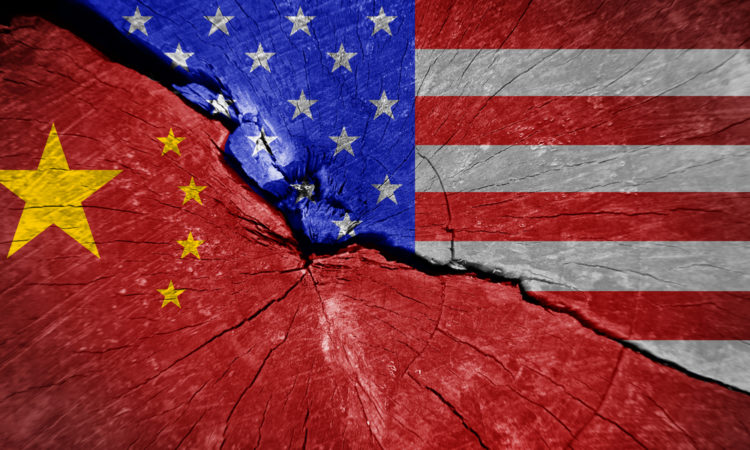 US senators are moving to block the transfer of data and technology from the US to China, so that the data doesn’t fall in the hands of the Communist government.

Everyone in the intelligence community is screaming that China is stealing American technology, infiltrating American universities, and hacking major institutions all with the aim of achieving technological superiority, which would subsequently lead to geopolitical domination.

China is the single greatest counterintelligence threat facing the US, and measures are being pushed forward this week to limit big tech interactions with companies like Huawei and TikTok in an effort to prevent China from siphoning data from American users.

Senator Josh Hawley has been adamant in his crusade to protect American data from being used for Chinese government, military, and intelligence purposes, and this week has been no exception.

NEW BILL // ‘The National Security and Personal Data Protection Act’ will combat the flow of Americans’ sensitive personal data to hostile foreign countries – including China and Russia – that pose a threat to America’s national security. https://t.co/Qwu9syIh1R

On Thursday Hawley and 14 other senators wrote to President Trump asking that the Department of Commerce halt the granting of export licenses to US companies until Congress could approve that the requests don’t pose a national security threat.

The letter was a response to the perceived threat that American companies doing business with Huawei poses on the national security of the United States.

“The Department of Commerce announced that it would be extending the Temporary General License for U.S companies engaged in specific business activity with Huawei.”

And that, “National security experts widely agree that Chinese companies cooperate heavily with the Chinese Communist Party, and the Chinese government is thought to exercise considerable influence over Huawei, in particular.”

And on Monday Hawley introduced the National Security and Personal Data Protection Act, as a response to partnerships between big tech companies and Beijing, and how the Communist government was using data obtained from US citizens.

The bill introduced on Monday is a sign that legislation is being put forth to curb the China problem of data and technology theft.

At its core the bill would essentially, “Prohibit American companies from transferring user data or encryption keys to China and other countries that similarly threaten America’s national security.”

“China’s intelligence services have access to an incredibly rich database on the behavior, preferences, and vulnerabilities of hundreds of millions of Americans”

In front of the Senate Subcommittee on Crime and Terrorism earlier this month, Hawley warned of the dangers concerning social media platform TikTok, whose parent company ByteDance is based in Beijing.

“Chinese companies with vast amounts of personal data on Americans are required by Chinese law to provide that data to Chinese intelligence services,” he said at the time.

“If your child uses TikTok, there’s a chance the Chinese Communist Party knows where they are, what they look like, what their voices sound like, and what they’re watching. That’s a feature TikTok doesn’t advertise.”

During the same hearing William Carter, Deputy Director and Fellow at Center for Strategic and International Studies, testified, “Chinese government hackers have engaged in a prolonged campaign in recent years to build a massive database on American citizens for intelligence and counter-intelligence purposes.

“By exfiltrating data from the US Government (USG) Office of Personnel Management (OPM), health insurers (e.g. Anthem), airlines (e.g. United) and hotel chains (e.g. Marriott), among others, China’s intelligence services have access to an incredibly rich database on the behavior, preferences, and vulnerabilities of hundreds of millions of Americans.”