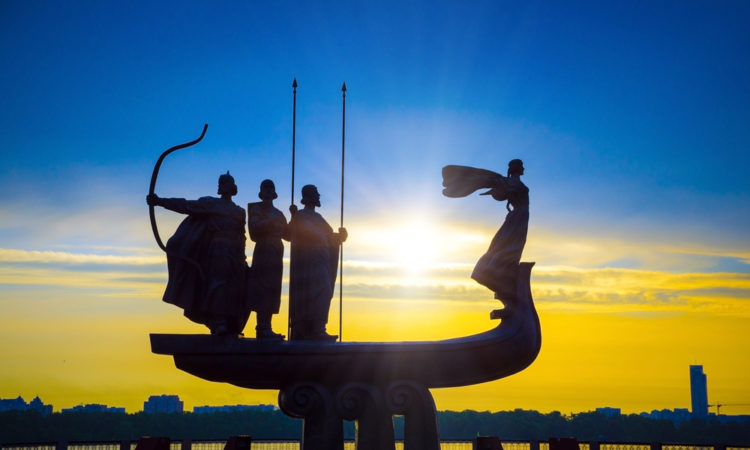 With an anti-corruption administration, world-class tech talent, and an economy poised for growth, Ukraine is looking to bring new business and investments into the country.

Historically known as a place of rampant corruption and conflict, Ukraine is making strides to clean up its image and encourage international business, with a new president who ran on anti-corruption and continuing on with the newly-developed Ministry for Digital Transformation.

Ukrainian company Global Technology Platform (GTP), which calls itself a “global ‘shared economy’ of knowledge, experience, capital, and network,” is one entity focusing on attracting business into the country.

The Sociable spoke with Henry Shterenberg, the CEO of GTP, who, for the last five years has been focusing on the development of an alternative economic system for Ukraine through his company.

“By promoting the principles of digital democracy, like transparency, prosperity, and social responsibility, GTP aims to increase trust between the government and its people”

Emphasizing the importance of technological innovation for a government of a country, he states that the ideology of digital democracy in Ukraine means transparency, efficiency, and very little waste.

“We are promoting Ukraine as an intelligent logistical hub to the world. That’s the vision for the country, which is based on three components: human capital, which is very undervalued in Ukraine; natural resources, which are mind-boggling and untapped; and obviously geographic location, which is being in the center of Europe,” he says.

In spite of these advantages, Ukraine still struggles to bring in business.

The latest Ukrainian government has been pushing back against corruption, which has been one of Ukraine’s major problems for several years. Current President Volodymyr Zelensky came to power in a landslide pledging to end corruption.

The ongoing conflict with Russia has also ensured the country’s struggles in attracting Foreign Direct Investment and strategic partners due to a lack of trust and stability.

Having said that, Shterenberg believes the conflict with Russia “is in the final stages,” and that Ukraine is a hub of innovation because of its talented software industry.

On August 29, 2019 the government established the Ministry of Digital Transformation to build a trustworthy digital democracy.

“The government of Ukraine is looking to complete the digitalization of old government operations,” says Shterenberg.

Things are starting to change.

According to a 2019-2020 IT market report by N-ix, the IT talent pool in Ukraine is approaching 200,000 software developers, tech startups are booming, the flow of investments is increasing, and the number of companies that partner with Ukrainian software development service providers is growing.

How Can GTP Help?

Shterenberg explains that GTP, which is also a partner of the Horasis Global Visions Community, has built an ecosystem around the world that allows them to easily bring in business.

“We are a shared economy of knowledge, experience, networking, and capital. We are positioned as strategic catalysts for global business development,” he says.

By promoting the principles of digital democracy, like transparency, prosperity, and social responsibility, GTP aims to increase trust between the government and its people.

With the motto that technological innovations make all government and non-government activity transparent to public, the platform gathers real-time data to engage the government, corporations, and local communities in a collaborative effort to serve those in need.

“Our ecosystem lets us attract any investor, any expert in any transaction. We’re starting with Ukraine, because Ukraine is the best way to demonstrate that economic transformation, when you are building a shared economy,” he says.

Shterenberg also says right now is the best time to enter into business with Ukraine since, according to him, things are improving under the current government.

“It is the best time by far to enter Ukraine because you see all of the indications are that Ukraine will hit a J curve, and I’m talking about growth rate of about 10% and above for the GDP of the country being a busy next 24 months,” he says optimistically.

If the country is able to win the trusts of investors, it might well be on the road to prosperity.

Exposing echo chambers to eradicate the plague of propaganda