Exposing echo chambers to eradicate the plague of propaganda 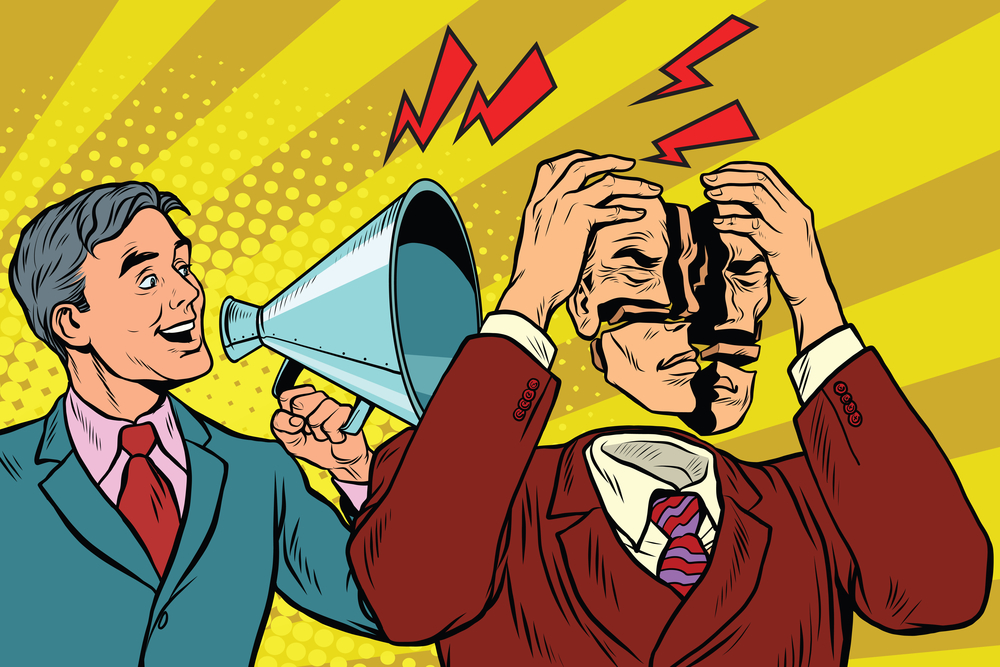 Five years after Dmytro Potekhin’s 48 horrendous days in captivity at the hands of pro-Russian terrorists in Ukraine, the civic activist is an entrepreneur in the fight against propaganda. 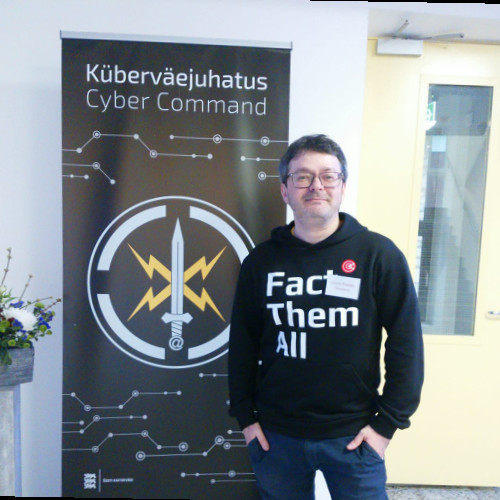 “When I was out of the camp in the occupied part of Ukraine, I started looking for ways to help fight against disinformation”

Imagine going back to a town where you once spent a pleasant time with your significant other.

You stop to take a picture of the hotel you stayed at in a moment of nostalgia, but then you are suddenly seized by men wielding AK-47s.

This is what happened to Potekhin back in 2014, when a moment of nostalgia quickly turned into a nightmare. Out of nowhere, pro-Russian militants threw a sack over his head and took him captive for nearly two months.

The Liverpool Hotel in Donetsk, Ukraine where Potekhin had once taken his girlfriend, had been converted into a militant HQ, and Potekhin was accused of being a government spy after the militants saw in his ID that he was from Kiev.

Fast-forward five years and several projects to stamp out disinformation later, Potekhin is the Founder and CEO of FakesKiller, a plugin for Facebook that identifies propaganda and smear campaigns in articles found on the social media network’s news feed.

“Because of my background and because of my experience, because I had the chance to feel the propaganda, I decided to do something against disinformation,” Potekhin tells The Sociable.

“When I was out of the camp in the occupied part of Ukraine, I started looking for ways to help fight against disinformation.”

“I realized what was needed was a kind of delivery service to actually let ordinary users detect fakes easily without going to Google and fact-checking data themselves. That’s how I started trying to create something to deliver the content from the fact-checkers to the ordinary users,” he says.

Victim of Disinformation or Perpetrator of Propaganda? 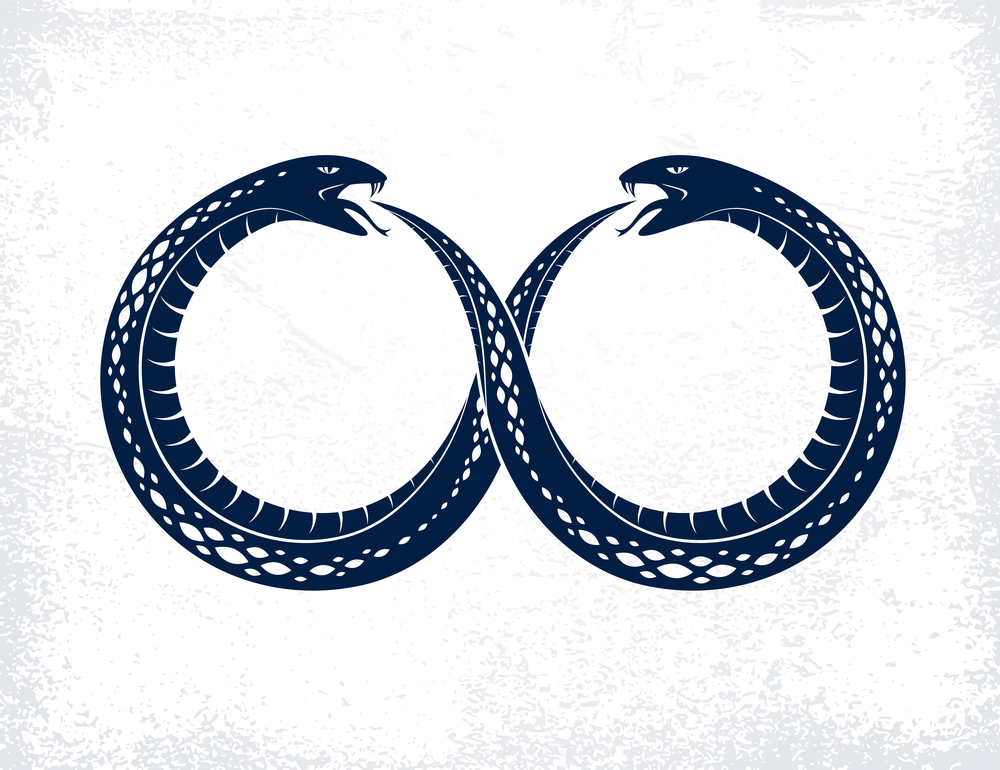 Potekhin’s personal experience with propaganda and disinformation and the people who interred him at what he described as a “concentration camp,” was a major inspiration in the founding of FakesKiller.

Afterall, he was detained by some of his fellow countrymen, who according to Potekhin, were also victims of propaganda.

“Some of the people who were running the concentration camp where I was kept, they were local [Ukrainian], but this would not have existed without two things. First, Russian propaganda, because they really believe in those lies. And second, military support from the Russian army,” he said.

Even though disinformation can spread like a virus, those who spread this contagion are seen as victims in the eyes of Potekhin, because they are unaware that they are participating in the propaganda by sharing a false narrative.

“By default we deem that the people who are spreading disinformation — they are victims,” says Potekhin.

Ignorance may be bliss for the person through which the propaganda spreads, but that ignorance can ultimately bring down the entire community.

Because many people on Facebook share stories without reading past the headline, because echo chambers exist, and because disinformation creators can stack truths next to falsehoods to spin reality, Potekhin, along with Rafael Gerardo Weisz, whom he met at the Startup Wise Guys accelerator in Estonia, developed the FakesKiller plugin to identify fake stories in the news feed.

“The reason for this approach is that we need to help them […] People can learn. We must not excuse them on the ground that they do not know things. We just need to help them learn, and that’s what we are trying to do,” Potekhin says.

The FakesKiller team believes that the battle against disinformation cannot be won without the help of our friends. “Help them get out of their echo chambers and online concentration camps,” the website reads. 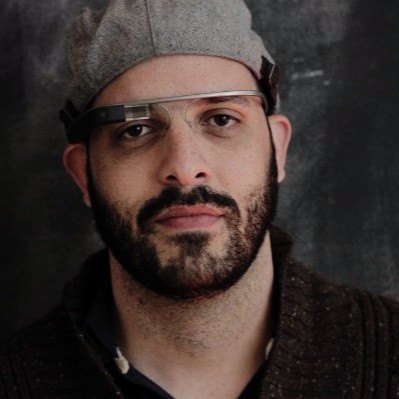 However, if you look at how Facebook operates, it actually encourages people to stay in their echo chambers — to stay connected with like-minded people. This helps to ensure that users spend more time on the Facebook platform, which means they will be exposed to more ads, which makes Facebook more money.

“So, what Fakeskiller is trying to do is not only deliver the truth, but also enable people to fight against the disinformation.”

The Best Cages Have Invisible Bars

Information rules the world. Whomever has access to the best data and whomever controls it can control the way a society thinks and behaves.

The most dangerous aspect is that people don’t know that they are being manipulated and they’ll fight to the death to defend their manipulated position. 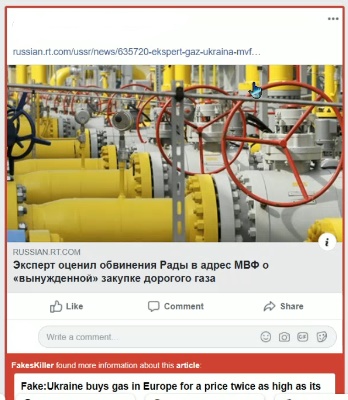 “It’s impossible to educate someone who believes that he or she is perfectly educated. It’s the same with propaganda. If people do not know that they are victims of propaganda, they won’t do anything against it,” says Potekhin.

Obviously, Facebook isn’t the only platform where propaganda perpuates — it is only a more modern incarnation of a process that spans human history.

Potekhin is not shy in expressing his disdain for Vladimir Putin’s Russian regime, in which, propaganda is a major part of ideology and strategy.

“Propaganda is used as a weapon, and this is part of official Russian ideology and military theory. They’ve had it in their books since the Soviet times. This is not new. If you look at the Soviet military doctrine books, you will see ‘information’ is a weapon.”

“The people who are running Putin’s regime were educated in the Soviet special schools, and they’re using the same theories. They’re just now using the new online tools to expand and to implement those theories.”

Gerardo adds that FakesKiller is not about pitting any people or groups against one another, but a way for online communities to help each other in stamping out disinformation.

“Fakeskiller is not something that is against anybody. What we are doing is trying to balance the system, because now, everything is prepared to let the organizations throw whatever they want on the internet, and there is not a compensation system that regulates what is truth and what is not truth,” he says.

Many Fact-Checkers Are Reliable, But They Are Not Infallible

At present, FakesKiller relies on multiple fact-checking organizations, including:

“We do not let users add data to our system. We take content from verified, high quality, and recognized fact-checkers only,” says Potekhin.

However, with fake news and smear campaigns running rampant online, how much trust can we place in fact-checkers?

It depends on which ones we enlist, but as a society we must be very careful about whom we entrust to be our arbiters of truth. Bias can seep its way into every crevasse of the process.

“There are attempts to build fake fact-checking, and that’s what the Russians are doing now”

For Facebook users that don’t have the time, patience, or energy to fact-check the massive amounts of stories they are bombarded with by themselves, FakesKiller is designed to help them out. Makers of fake content prey on our lack of information.

“Disinformation works efficiently when people lack information and knowledge. Producers of fakes are abusing our misperceptions about the world. Fake news makers are trying to use our lack of knowledge about other parts of the world. That’s why we need to bring fact-checkers together and to make fact-checking globally available,” says Potekhin.

But how can fact-checkers keep up with all the data they are charged with? Can they make mistakes? Can they have their own agendas?

“Fact-checkers have a big job to do, and they are not fact-checking each other. Moreover, the social construction of the fact-checking community is quite good as of now,” Potekhin says.

However, even fact-checkers are becoming propaganda machines, according to the FakesKiller founder.

To provide further transparency in the fact-checking process Potekhin points to portals like schema.org, where people can read the reviews to see how the fact-checkers arrived at their conclusions.

While there are many who seek to manipulate us with disinformation every day, there is something we can do about it. It may take a humbling of oneself. It may require dialing back our egos, our preconceived notions, and our trust in institutions that we hold dear.

The last thing we should do is stop thinking for ourselves. The quest for knowledge, wisdom, and understanding should be a lifelong pursuit.

As Potekhin concludes, “When a person knows that he or she needs to be educated, then it’s not a problem anymore. People can Google, they can find things, but of course we all have problems with time and we’re overloaded, so we don’t do that regularly.”

“The worst case is when we don’t know that we need more data and knowledge. This is the problem. And the people who are constructing fakes are constructing them based on our misconceptions of the world, of our country, of our politics, and of other people.

The app is available at the Google Play and App Store for free, but for Ukraine only at the moment. The FakesKiller team is looking for partners at the moment to go global with this mobile app.