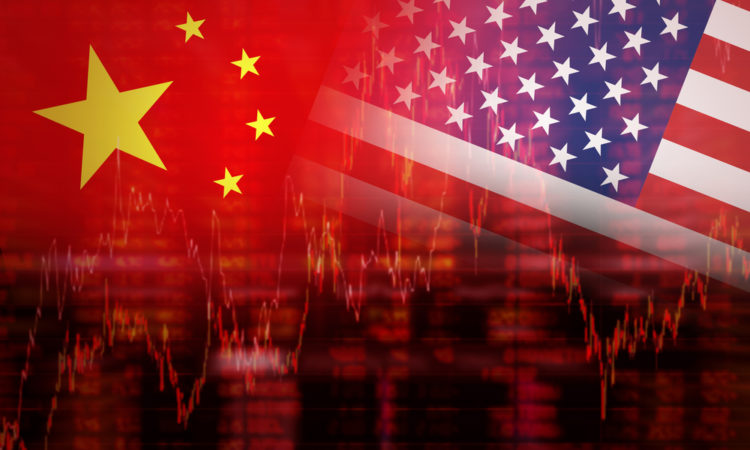 While the US and China are neck and neck in the race for high-tech supremacy, the Defense Innovation Unit offers solutions on how to not let the Communist country set global standards.

Defense Innovation Unit (DIU) Director and former Symantec CEO Michael Brown said on Tuesday that the Chinese have either matched or surpassed the Americans in many high-tech areas.

“China’s goal is to be the technology leader in all areas by 2049,” said Brown, adding, “it is already competitive with or ahead of the US in areas such as hypersonics and space, launching more satellites than the US last year; as well as in 5G technology and artificial intelligence, particularly in the area of facial recognition.

“In addition, China is ahead of or at pace with the United States in quantum sciences, launching its first quantum communications satellite in 2016.”

According to a report published by the Council on Foreign Relations (CFR), the Chinese government launched the “Made in China 2025” state-wide industrial policy in 2015 to become the world’s dominate force in high-tech manufacturing.

China wants to dominate tech manufacturing in six years from now and wants to lead all areas of technology by 2049.

From my perspective, one of the most alarming points that Brown made was that since the US uses Chinese-made equipment for genome sequencing, “China has more data on the genetic sequencing of the US population than the United States has on its own population.”

“Imagine what the world would look like if China were setting standards in game-changing technologies like hypersonics, quantum sciences, autonomy, artificial intelligence, 5G, genetic engineering and space,” Brown warned, adding that, apart from hypersonics, they’re all also important for economic prosperity, not just military overmatch.

However, the DIU director didn’t just identify problems. He also provided potential solutions for the US to have a competitive advantage over China.

With regards to ensuring that technology isn’t transferred over to China, the US military has repeatedly slammed companies like Google for aiding the Communist regime against the interests of the US.

“The work that Google is doing in China […] is a direct benefit to the Chinese military,” said US Joint Chiefs Chairman General Joe Dunford back in March.

“If a US company does business in China, they will automatically be required to have a cell of the Communist Party. That is going to lead to [that company’s] intellectual property going to the Chinese military,” he added.

“$5 trillion of their [China’s] economy is state-owned enterprises. So the technology that has developed in the civil world transfers to the military world, it’s a direct pipeline.”

“Not only is there a transfer, there is systemic theft of US technology that facilitates even faster development of emerging technology,” he added.

“Human performance enhancement. So, for China, three phases. It started with the digital age; it’s moving into Artificial Intelligence with neural networks, and then the next step — the integration of humans and machines.”

As you can see, the US military has been extremely vocal about the need to beat China in high-tech dominance.

Last year Defense Intelligence Agency (DIA) Director Lieutenant General Robert P. Ashley, Jr. said that one of the biggest decisions that the United States military will have to make is how to deal with the “integration of humans and machines” that China is pursuing.

“China is progressively pursuing a 2025 strategy where they want to be the main driver of AI, not only for their economic but for their industrial transformation,” said Ashley.

“Another key area,” Ashley continued, “human performance enhancement. So, for China, three phases. It started with the digital age; it’s moving into Artificial Intelligence with neural networks, and then the next step — the integration of humans and machines.

“Cognitive advances not just in how we think, but think about stamina and the individual soldier. The ability to think through problems. Think about the ethical impact of those kinds of technologies and how they would be applied. And how does a democracy view those kinds of technologies? How will Russia and China leverage those, and the hard decisions that we will have to make to keep pace?”

As the US and China battle for high-tech supremacy, whomever comes out on top will have tighter control over the global economy, foreign policies, and the ways wars are fought.

Not a single person on earth will be unaffected by the outcome that is being forged today.