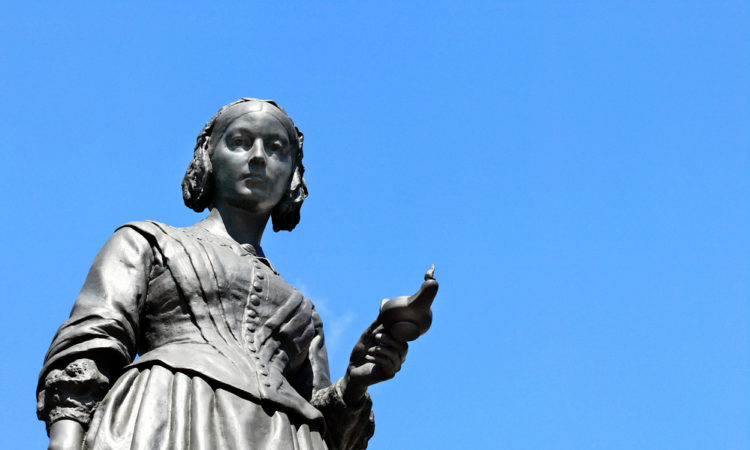 “It is quiet and peaceful here, the air is good, there are numerous gardens, and in them nightingales sing and spies lurk under the bushes.” — Maxim Gorky

Doctor’s are not allowed to share medical records without a patient’s consent, yet Google is using a legal loophole to collect personal health data of millions of Americans without their knowing.

The Wall Street Journal broke the story on Monday that Google’s Project Nightingale was secretly working with 2,600 medical facilities in 21 states, which gave at least 150 Google employees access to the personal health data of “tens of millions of patients.”

“The data involved in the initiative encompasses lab results, doctor diagnoses and hospitalization records, among other categories, and amounts to a complete health history, including patient names and dates of birth.”

“A poet is a nightingale who sits in darkness and sings to cheer its own solitude with sweet sounds; his auditors are as men entranced by the melody of an unseen musician, who feel that they are moved and softened, yet know not whence or why” — Percy Bysshe Shelley

It is very interesting that Google named its project “Nightingale.”

The nightingale is a bird known for its beautiful singing, but it is also a bird that impales itself upon a thorn in myth and poetry.

While singing can be seen as a thing of beauty, “singing” can also refer to people who are tattle-tales and share confidential information about one another.

But perhaps the people at Google were just fans of Florence Nightingale the nurse and wanted to pay tribute to the woman whose name is now associated with caregivers falling in love with their patients.

In rare cases, some family members have been known to poison their loved ones, so that they could continue to play out their fantasies of having someone to take care of, thus making them feel more important.

Wouldn’t that be an odd inspiration in naming a project that collects health data on millions of people?

Just revealed: #Google is secretly collecting health data on millions of Americans from hospitals nationwide without patients or doctors knowing – WITH patient names – including, maybe, YOURS. You can’t make this sh*t up. #BeAfraid https://t.co/Qho9V9ccVq

Project Nightingale has been going on since last year, but it was just 12 days ago that Google announced it was going to acquire Fitbit.

“By working closely with Fitbit’s team of experts, and bringing together the best AI, software and hardware, we can help spur innovation in wearables and build products to benefit even more people around the world,” the company announcement reads.

Google says it will be transparent with the data it collects and that “Fitbit health and wellness data will not be used for Google ads. And we will give Fitbit users the choice to review, move, or delete their data.”

However, according to Recode, “Fitbit tracks very personal metrics, like your exercise, food, weight, sleep […] But if that data is also connected to the broader set of information Google tracks — what you search for online, what emails you send, where you go — that could present a pretty comprehensive profile of a person’s existence.”

Google claims that the move to acquire Fitbit is “to help spur innovation in wearables and build products to benefit even more people around the world,” but when you look at the WSJ report on Project Nightingale, it seems there is something deeper to the story.

Google probably knows more about you than you know yourself. Even Henry Kissinger said that Google was a threat to civilization, and that’s saying a lot for someone who has pushed for a one world government for decades and whose policies have played a direct role in some of the most heinous global atrocities of the past 60-odd years.

At The Sociable, we have been reporting about allegations that China is building a database of the vulnerabilities of hundreds of millions of Americans, but what is Google doing if not the same thing?

Google’s brazen attempt to acquire FitBit while so much antitrust scrutiny against the company swirls globally is shocking but not surprising.

A quick glance at FitBit’s privacy policy reveals some of the data Google gets from FitBit users if the deal is approved: pic.twitter.com/ZYZNPv1VUC

If Google could use all this personal health data to cure diseases or to better the healthcare industry as a whole, that of course would be great! But is that the goal with Project Nightingale or with acquiring Fitbit?

I have my doubts. Serious doubts. And Google has a history of scandals as long as Facebook’s.

Google says it is acquiring Fitbit “to spur innovation in wearables” and the WSJ reports that the end goal of Project Nightingale “is to create an omnibus search tool to aggregate disparate patient data and host it all in one place, documents show.”

Is Google making the world a better place? Is Google really interested in making people healthier, or is it more about control, influence, and power?

Google is also being investigated for antitrust practices, specifically its dominance in online advertising.