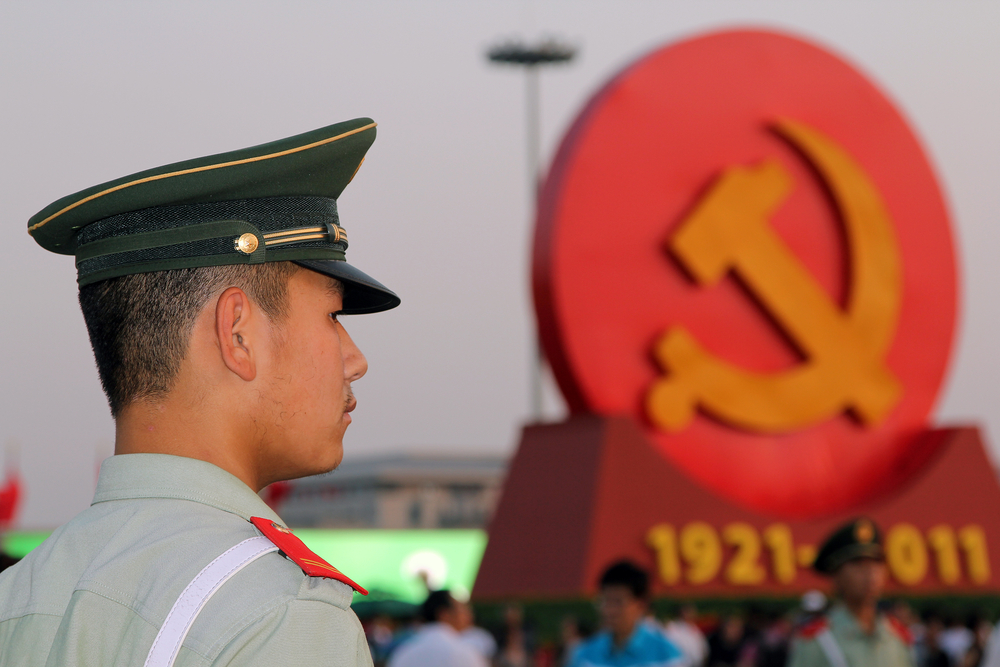 As China weaponizes technology against its own citizens from Hong Kong to Xinjiang, here I present five ways in which they do it, with the hope that the future history of today doesn’t repeat itself.

China’s abuses of technology against its own people should serve as a warning as to how unethical use of tech could be justified by governments the world-over.

China, Russia and their autocratic allies are leading an effort at the UN General Assembly this week to cut vital funding for UN human rights work, hoping to reduce reporting on their own abuses. @HRW and 21 other groups call on states to fight back: https://t.co/NVpCQ3jG6l pic.twitter.com/SWZQRrszd8

For the first time, @hrw can demonstrate that China’s use of big data and predictive policing blatantly violates privacy rights AND enables officials to arbitrarily detain people https://t.co/AjK9BcklAz pic.twitter.com/alHBEahOeH

As part of an “Orwellian system” of predictive policing, “Chinese police are guided by a massive data collection and analysis system that uses artificial intelligence to select entire categories of Xinjiang residents for detention,” according to the International Consortium of Journalists (ICIJ).

Under the guise of cracking down on terrorism, the arbitrary detention of some 1 million Uighurs and others represents the greatest forced roundup of ethnic minorities since the Second World War.

Through a mobile app used by law enforcement China’s “policing program aggregates data about people and flags to officials those it deems potentially threatening; some of those targeted are detained and sent to political education camps and other facilities,” Human Rights Watch (HRW) reported in May.

In China people can be arrested and sent to “reeducation camps” without committing any crimes, but rather for peaceful behavior such as “not socializing with neighbors, often avoiding using the front door,” which is considered suspicious and possible terrorist activity by the Communist regime.

Warning Sign: Predictive policing on its own is horrible enough, but when a government tries to justify intrusive technology on its own citizens in the name of fighting terrorism, beware the potential for abuse and corruption. Too often big tech companies focus more on building the tech and then saying that it’s the government’s or the client’s responsibility to use it ethically. Who do you trust?

China’s new 500-megapixel ‘super camera’ can instantly recognize you in a crowd https://t.co/Zs0dJAYmJt

China has more cameras taking more footage and collecting more data than anywhere else in the world. Forced facial scanning and facial recognition is rampant.

Now, the authoritarian government reportedly has 500 megapixel “super cameras” that can instantly recognize any face in a crowd.

Always under the guise of “public safety,” citizens of the world should be very concerned of this abuse of technology becoming commonplace.

Look at what is going on in Hong Kong. People are being killed by Chinese police in pro-democracy protests.

It’s no wonder that many protesters cover their faces — they know how powerful the technology is, and they know the risks.

Also in China the size of your beard can get you arrested on suspicion of being a terrorist, and the size of someone’s beard can easily be captured on camera.

While China has the most surveillance cameras in the world, the US has the same ratio of cameras to people, about 1-in-4.

The potential for abuse, foreign and domestic, is always present.

Warning Sign: Surveillance cameras that can ID protesters (dissidents) in a crowd, or cameras that are used to profile ethnic minorities are necessary for the safety of the public. If you hear this from your own government, watch out! Big tech collaboration will also be central to operation.

DNA Profiling of an Entire Population for Detention

China boasts the largest collection of DNA samples from its own citizens (40 million individuals) and then gives that data to law enforcement.

At the same time, the Chinese government is actively hunting down its Turkic, Muslim Uighur population by weaponizing facial recognition and DNA phenotyping technologies.

“Chinese researchers are using blood taken from Uighurs to try to work out how to use a DNA sample to re-create an image of a person’s face,” to quote MIT Technology Review.

DNA phenotyping “analyzes the genes associated with traits like ancestry, skin color, and eye color to make predictions about what the sample donor may look like, with varying degrees of certainty.”

“Ethicists fear that China will use DNA phenotyping as yet another tool in its crackdown on Uighurs.”

And here’s a fun fact from the Director of the Defense Innovation Unit, “China has more data on the genetic sequencing of the US population than the United States has on its own population.”

Warning Sign: If your government says what the Chinese government says about the need to collect your DNA and then give it to law enforcement for the betterment of society, you’re probably living under a totalitarian tech oligarchy. Remember that especially as big tech looks to dominate the healthcare industry.

China’s censorship extends beyond the country’s borders to all regions of the world.

This is no longer a far off issue. https://t.co/ERdeKWxzw7

What would a totalitarian tech oligarchy be without censorship?

Citizens of the world can only make decisions based on the information or intelligence they receive.

When all outside news is blocked, all that is left is incestuous propaganda. This is true in any part of the world.

In China over 10,000 domains that are visited by people everyday in the West, like Wikipedia, are blocked by the “Great Firewall.”

Some of these blocked sites include:

But the censorship isn’t just limited to within the confines of the country’s borders where the internet is considered to be “under the jurisdiction of Chinese sovereignty.”

“In attempting to silence protests that lie outside the Firewall, in full view of the rest of the world, China is showing its hand, and revealing the tools it can use to silence dissent or criticism worldwide,” according to the Electronic Frontier Foundation.

Take a look at how spineless the National Basketball Association (NBA) is in bowing to China at every opportunity, and then take a look at how much of that $4 billion Chinese market could be lost if the NBA suddenly grew a conscience and spoke out against human rights abuses.

Warning Sign: Deplatforming, shadowbanning, and cancel culture are all forms of censorship that are on the rise in the US, especially on social media. Freedom of the press, freedom of speech, and freedom to practice religion should be protected at all costs.

That being said, the same technologies powering the mass surveillance and policing operations in China can be used for good and are being used for good in many parts of the world — from facial recognition for finding missing people and catching criminals to a wide range of predictive algorithms and DNA sequencing that can ultimately help humanity create a better world for itself.

It’s how you use it.

At The Sociable, we look to inform, so that anyone who reads our content can empower themselves with the knowledge they seek.

Trust in yourself. Avoid echo chambers. Take everything with a grain of salt. Do your own research, and discern all truths, wherever they may lie.