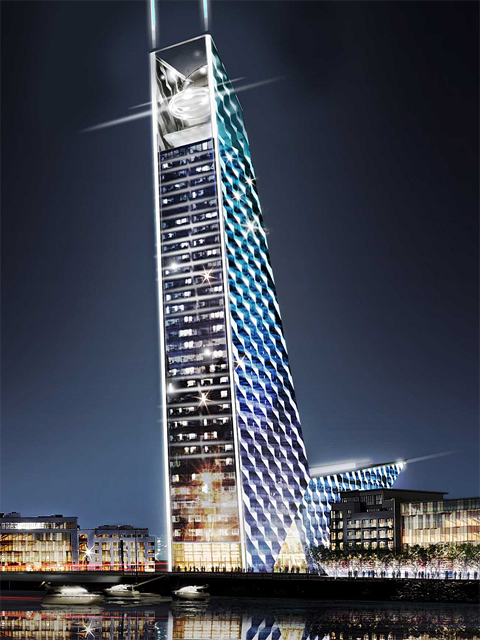 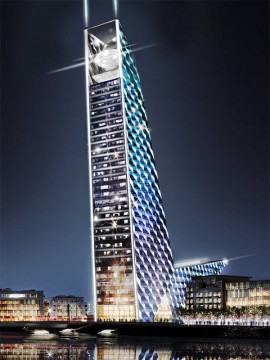 They once sang about streets with no names but Irish rockers U2 have almost the very opposite problem on Google Maps – a mapped location with no building.

At 120 meters (400 feet) tall the U2 Tower in Dublin’s Docklands would have been Ireland’s tallest building on completion in 2011.  But due to the economic collapse in 2008 construction on Bono’s €200 million tower never started.

In February 2010 the project was further suspended by the Dublin Docklands Development Authority, the organisation charged with redeveloping the area, until the economic conditions in Ireland improved saying it “continued to have full confidence in the landmark project. ”

All this came too late for Google Maps which lists the empty construction yard, where the tower was to be built, as the current location of the U2 Tower.

Google Map showing the location of the U2 Tower

Since then things haven’t improved and in November 2011 the site was handed over to NAMA, the Irish Government’s Toxic bank.  Needless to say construction of the U2 Tower seems doubtful – and even the Irish Times lists the location as the “Former U2 Tower, Britain Quay, Dublin 2.”

Hangout with David Beckham on Google+