HomeWebTrump hiring candidates who ‘Won’t Embarrass the President’: How to apply
Web

Trump hiring candidates who ‘Won’t Embarrass the President’: How to apply 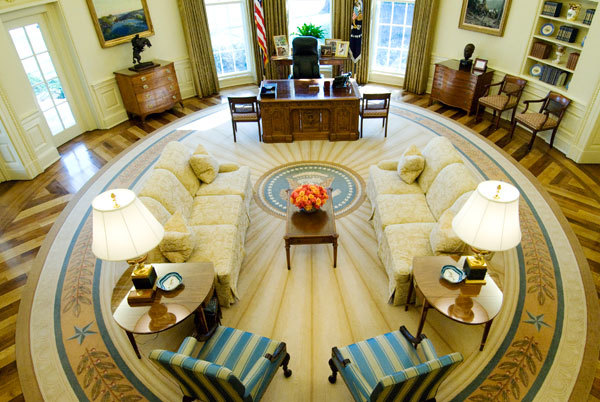 US President-elect Donald Trump is now hiring candidates for his new administration through his new online government portal, greatagain.gov.

President-elect Trump has launched greatagain.gov, which includes a fairly simple application process for potential candidates to apply for a job in the Trump administration.

The government departments that have not already been filled and are hiring include the Department of Defense, ambassadorships, and the actual White House cabinet, among some 40 others.

In comparison, the initial, written application process to the new president-elect’s administration is quicker and simpler than most applications in the hospitality industry.

Apart from basic personal information, the application requires the following:

So, if you would like to apply for a position in the Office of National Drug Control Policy for example, you can fill out the simple application, and wait for the rejection letter, because most positions have been historically filled by insiders, political donors, and people calling-in favors, otherwise known as cronyism.

If; however, you make it through the initial screening, a Personal Data Statement is required where the administrations tries to find out if you would do “anything that might embarrass the president or you if he should choose you for a position in his administration.”

Apart from the Personal Data Statement, an FBI background check is required, and depending upon the applied position, a confirmation by the Senate as well.

There you have it. Everything from becoming the US Ambassador to Guam to positions in the CIA to being a member of the Canadian River Commission is up for grabs through greatagain.gov. 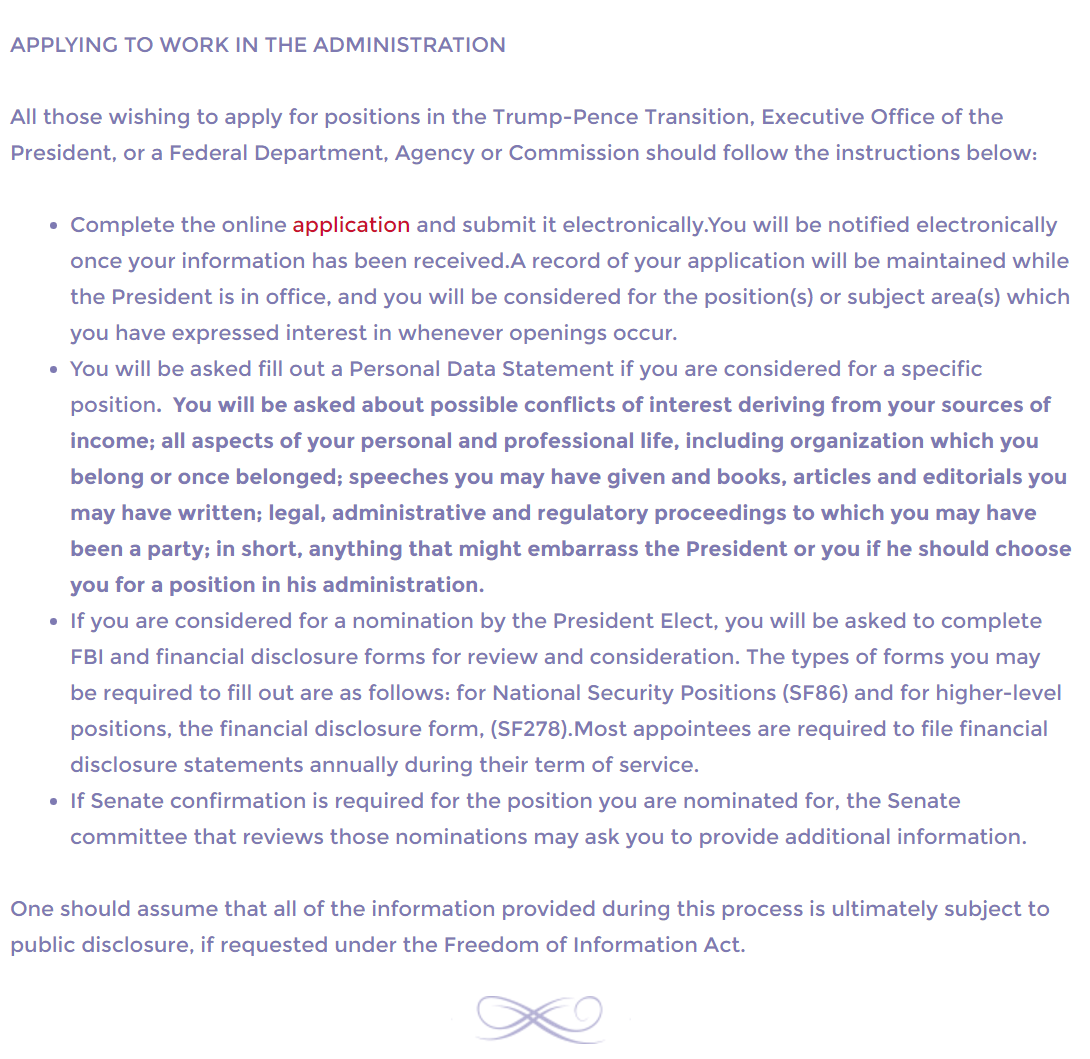