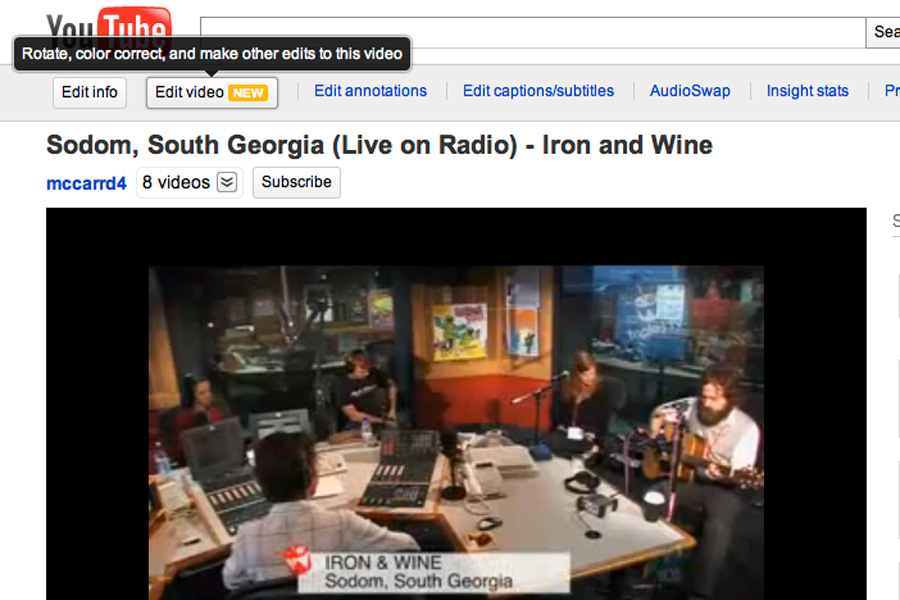 For content owners a new ‘Edit video’ now appears on the video’s page. Here, users can tweak the technical aspects of the video under the ‘Quick Fixes’ tab, apply video effects under the ‘Effects’ tab or lay down a new audio track using the ‘Audio’ tab.

While YouTube’s editing tools are as powerful as most desktop video software programs like Final Cut Pro or even Windows Movie Maker, they’re certainly sufficient for a lot of YouTube users.

If you’re not happy with any edits you may have made, there’s always the handy ‘Revert to Original’ button. It’s also worth noting that videos with over 1,000 views and those with third-party content are saved as new videos after edits are made.